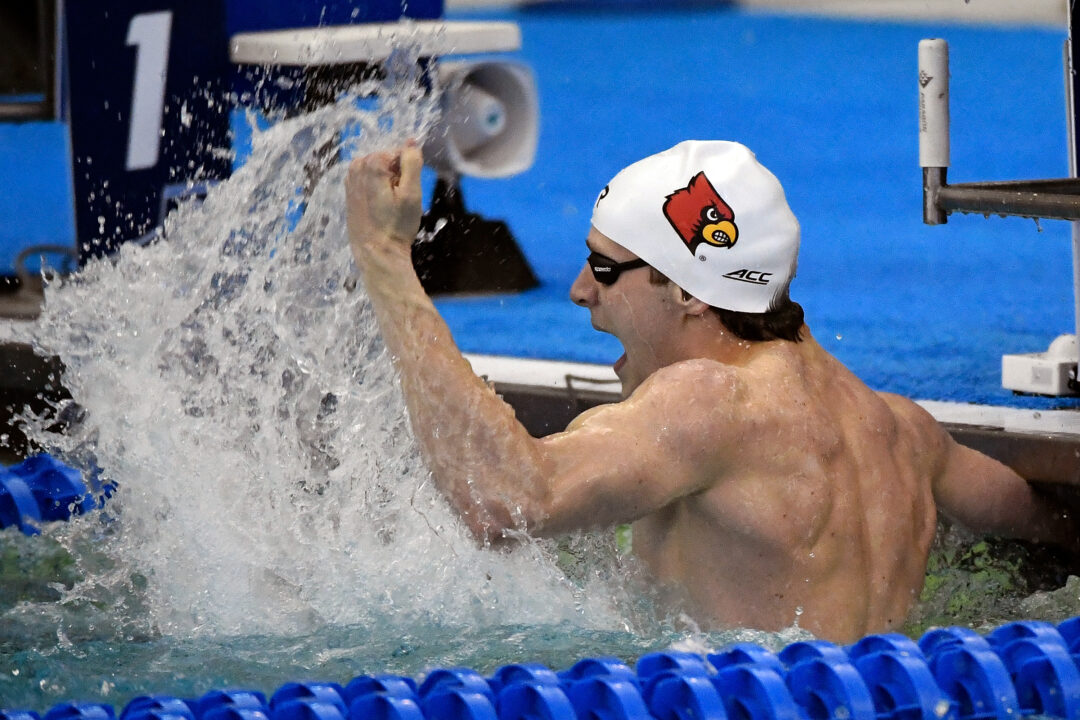 Paulson scored 51 points at the 2022 ACC Championships which would have been the second most on Notre Dame's roster. Archive photo via Mike Comer/NCAA Photos via Getty Images

2020 ACC Champion in the 200 free Colton Paulson has announced he will be transferring to Notre Dame to use his COVID-19 fifth year.

Paulson told SwimSwam that his motivation for his fifth year was because “I had done research in ND’s masters programs, specifically the MSBA program, and I thought it’d be a good fit for me. I ended up applying to their graduate program and got accepted! It was then that I had the idea of giving this 5th year a shot because I knew I couldn’t pass up on this opportunity to get an education from Notre Dame. I reached out to Chris again to tell him my thoughts and we had a good conversation and concluded that we should give this a go.. and now I’m here in South Bend training and getting ready for the season”

Paulson also told SwimSwam that “this whole thing started out with me reaching out to Chris about any potential coaching opportunities – whether it was volunteering or a GA position.. but it wasn’t going to work out for this upcoming season. ” He then spoke to Lindauer about using his COVID-19 fifth year.

Arthur seemed to be really happy/supportive of the hire at ND. With all the people going over now, are things still cool?

Terrific move to use swimming as a conduit pursue a grad degree from a strong program at a strong university. Congratulations.