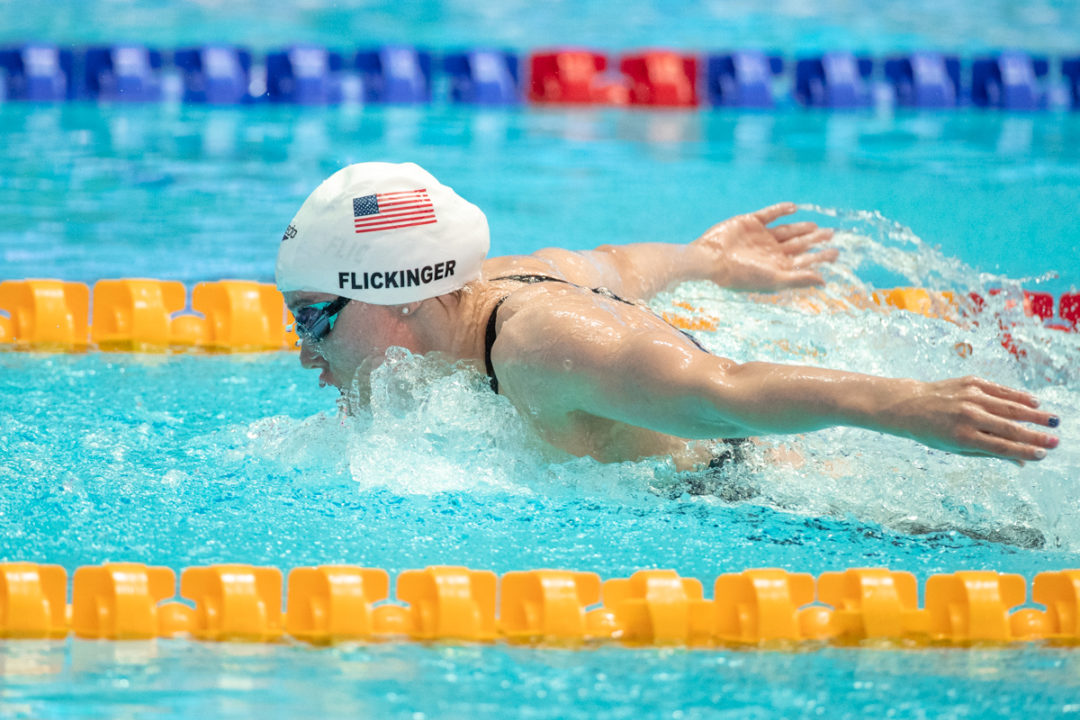 American Chase Kalisz' pursual for the 9th-straight US world title in the 200 IM will continue while Hali Flickinger could make history in the 200 fly. Current photo via Rafael Domeyko

This evening’s finals session will feature five more world champions to be crowned along with four seminfials to slim down to the top 8 qualifiers into the final.

One of the top storylines to watch out for are the developments with American Lilly King‘s disqualification during the prelims of the women’s 200 breast. According to the most recent update, the jury of appeal will have a hearing at 8 pm local time after USA Swimming’s protest was denied.

Heading into finals, the Americans all have an opportunity to create history in their respective events. Some may join an elite group of multi-champions while others could break medal-droughts. The semifinal events will also feature a preview into what the finals will look like into tomorrow evening.

Great opportunity for Georgia Davies grab a medal in the 50 back!
Could be the night of redemption for team USA?
Will Duncan Scott’s decision to swim the 200im pay dividends?

Larkin is like Duncan in picking 2im vs 2back!

Should be a good night ahead. The Americans should be in a better mood if they have some success in the first couple of finals.

And of course the Aussie women DID win a World Champs 4×200 free but then were silly enough to jump in the water before an outside lane had finished swimming..