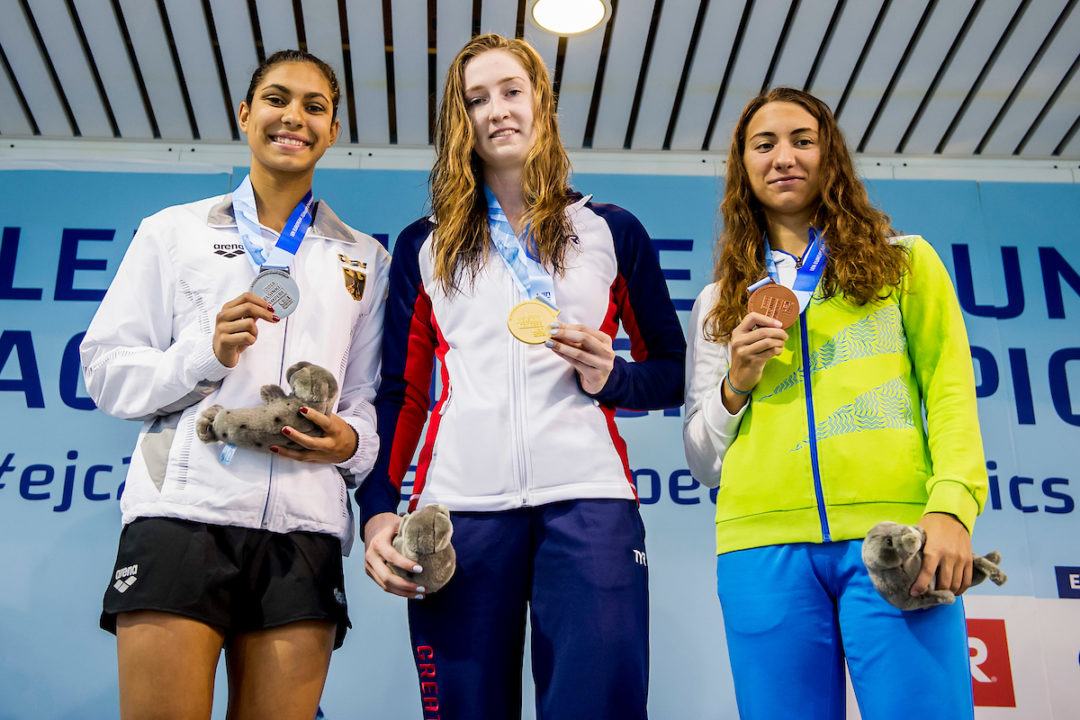 Tatiana Belonogoff is ready to emerge off the junior stage and into the senior spotlight this week in Glasgow. Archive photo via Andrea Masini/Deepbluemedia/Insidefoto

We produced a detailed analysis of the British 2019 World Championships Selection Policy, as well as previewed the big guns among the elite men and women competing in Glasgow this weekend. All are linked in the meet details above.

Now let’s take a look at some of the emerging female stars of British Swimming, those budding gems ready to break out in a big way in Glasgow this week in either lesser finals or all the way at the top. From an array of clubs and backgrounds, here is just a sampling of five names on which to keep an eye as the meet unfolds.