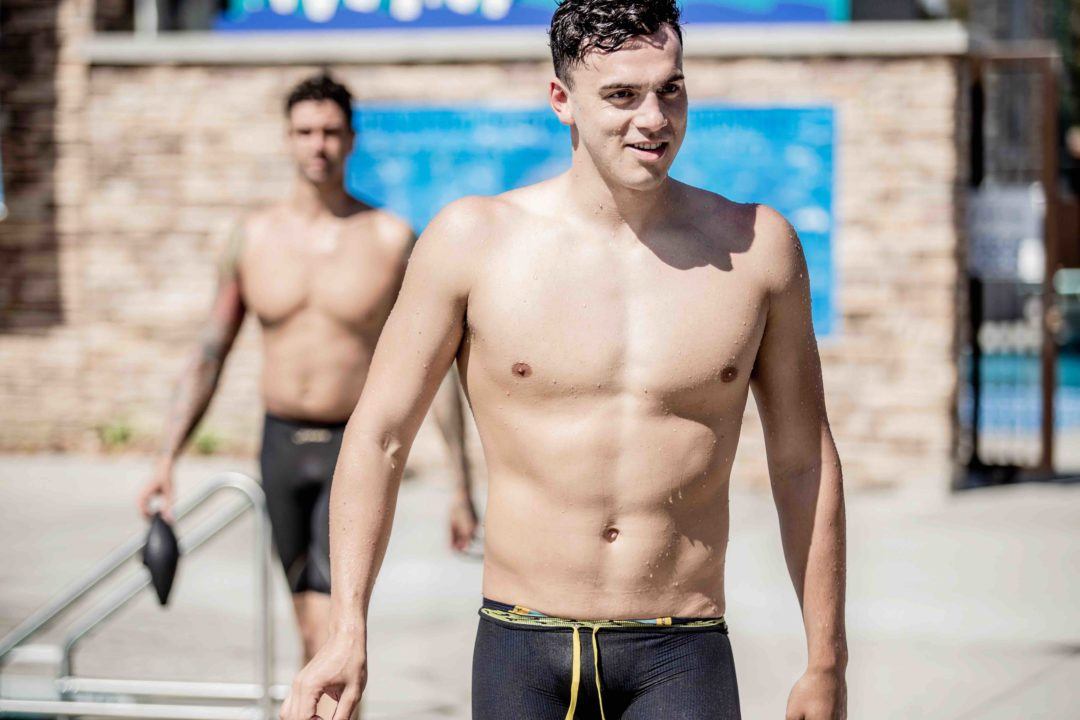 We've hammered out the selection policy details surrounding the 2019 British Championships that kick off on Tuesday, but let's take a look at some the athletes taking to the Tollcross International Swimming Center pool in the biggest domestic meet of the year. Archive photo via FINIS, INC

We’ve hammered out the selection policy details surrounding the 2019 British Championships that kick off on Tuesday, but let’s take a look at some the athletes taking to the Tollcross International Swimming Center pool in the biggest domestic meet of the year.

Both amateur and pro athletes alike will be throwing down their best efforts to qualify for this summer’s most elite international competitions and we’ve seen in the past that anything can happen in this high-stress, yet thrilling and passion-filled environment.

Below are just a few of the seasoned male elite athletes ready to rock and then look for an additional preview that highlights some of the elite female athletes, as well as a separate post on aspiring swimmers on the cusp of a possible breakthrough performers in Glasgow and beyond.

Additional swimmers to keep an eye on in terms of the veteran elite include Max Litchfield, Mark Szaranek, Jay Lelliott, Stephen Milne, Luke Greenbank, among others.