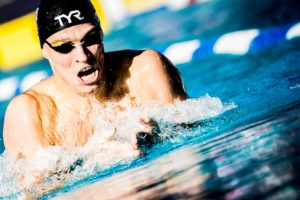 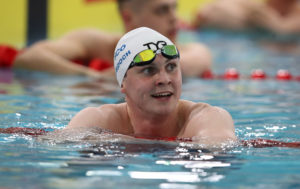 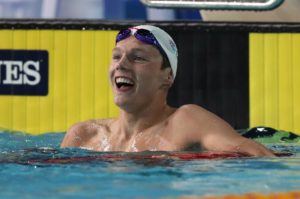 Straight out of the European Short Course Championships, 200m free silver medalist from Glasgow Duncan Scott will compete once again. 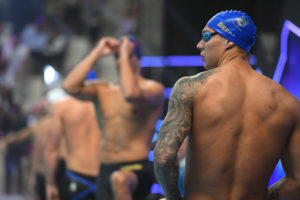 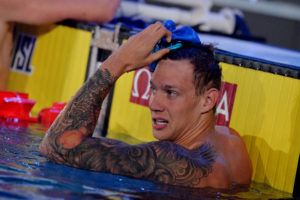 Mark Szaranek is a versatile Scottish swimmer. After training under his father, John, at Carnegie Swimming Club, Szaranek opted to move to the U.S. to continue his career at the University of Florida.

Szaranek has raced to many Scottish National titles and broken British Junior and Scottish Age Group records. He was a member of the Great Britain squad at the 2013 European Junior Championships where he won a silver medal as a member of the 400 meter freestyle relay and a bronze in the 200 meter IM.

As the 14th ranked recruit in 2014, Szaranek chose the University of Florida over Michigan and Virginia Tech. He had originally made a verbal commitment to the Wolverines but changed his mind, stating Florida was a better fit for him.

In his rookie season as a Gator, Szaranek picked up three All-America honors. At the NCAA Championships he placed 7th in the 400 yard IM and 10th in the 200 yard IM and 800 yard freestyle relay. He was also placed on the SEC All-Freshman team and second-Team All-SEC.

Szaranek had a breakout season in his junior year, becoming a national champion in the 200 yard IM. He tied with Texas’ Will Licon in 1:40.67 to take the gold.

Szaranek was a part of the Gators’ gold medal 200 yard freestyle relay team alongside Caeleb Dressel, Jan Switkowski and Enzo Martinez-Scarpe, finishing in a pool record time of 1:14.39. Szaranek also picked up  medals with the 400 yard freestyle medley relay and 200 yard medley relay teams. In the 400 freestyle medley, the senior was on a silver medal roster with Khader Baqlah, Switkowski and Dressel in 2:45.73. In the 200 medley relay,  he placed third alongside Michael Taylor, Chandler Bray and Dressel with a time of 1:22.33. Individually, the senior finished third in the 200 yard IM (1:40.27) and 200 yard breaststroke (1:51.71), ninth in the 400 yard IM (3:37.64) – first in the B final.

On June 11, 2019, Mark Szaranek was announced as a member of the Cali Condors ISL team, headed by GM Jason Lezak