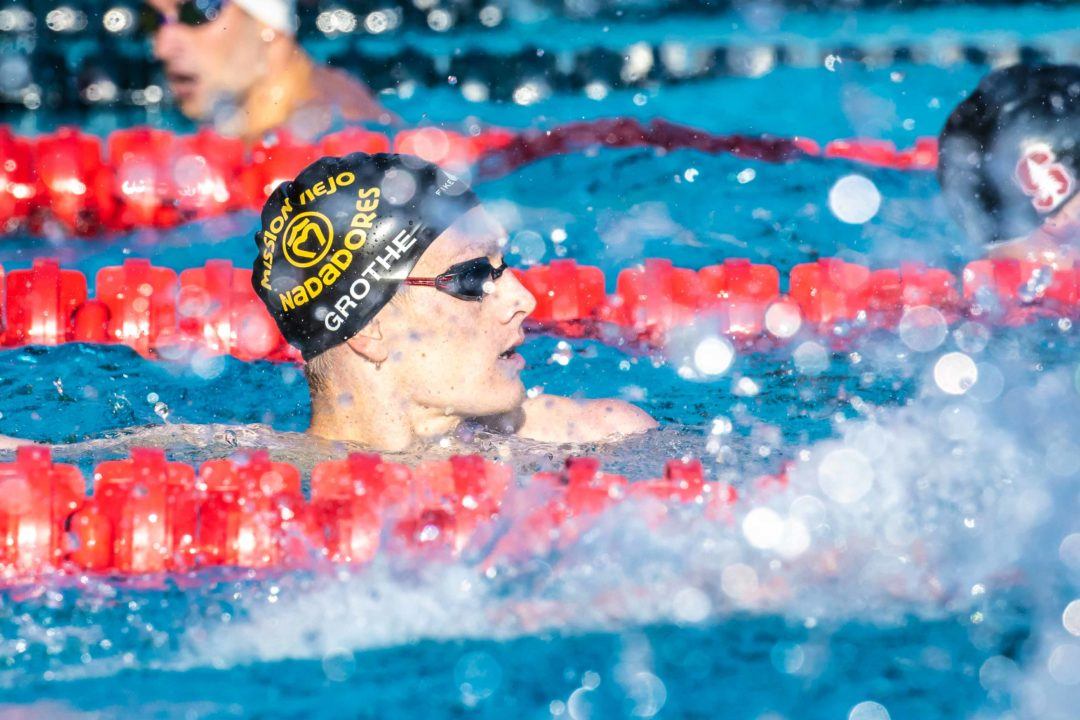 The men's distance races at Pan Pacs feature one swimmer whose event focus appears to be shifting and another whose performance has changed drastically with a shift in training mentality. Archive photo via Mike Lewis/Ola Vista Photography

The men’s distance races at Pan Pacs feature one swimmer whose event focus appears to be shifting and another whose performance has changed drastically with a shift in training mentality.

Australia’s Mack Horton remains the world junior record-holder in the 400, 800 and 1500 with some big swims from 2013 and 2014. But the longtime distance man suggested after the Commonwealth Games that his event focus was shifting downwards into the mid-distance races.

The Commonwealths champ in the 400, Horton hasn’t swum a big-time international 800 free in years. It wasn’t offered as an event at 2018 Commonwealths or the 2016 Olympics. In between, Horton scratched the event at the 2017 Worlds, calling it a lower-priority event for him at the time. Now that appears to have flipped as the 2020 Olympics have added the men’s 800.

He now gets to face American Zane Grothe, who dropped more than 6 seconds last week to win the U.S. National title in 7:44.57. Grothe credits his rapid improvement to a switch to a higher-volume program after graduating college – and it’s paid off, as Grothe has rewritten the American distance record books in short course and leads the world ranks in the 800.

The 1500 makes things a bit more clear as to which distance swimmers should be in the mix for medals in both races. Jack McLoughlin was the Commonwealths champ for Australia in 14:47.09, with Horton going 14:51.05 shortly before revealing that his days in that event are numbered. Horton specifically declined to call that his last 1500, though, so he may swim it at Pan Pacs in search of one more international medal before completing his transition to the shorter distances.

Jordan Wilimovsky won the U.S. title last week in 14:48.89, and the open water specialist should have a good shot at McLoughlin in Tokyo. Wilimovsky was actually three seconds faster in 2016, then took 2017 to focus more on open water, ultimately taking silver in the Worlds 10K. With an open water Pan Pacs spot already booked, Wilimovsky had no reason to rest for U.S. Nationals, so it’s not unreasonable to expect a further drop for him at Pan Pacs.

Grothe could very likely enter (though he struggled in the 1500 at Nationals), and the other entrant is fast-rising youngster Robert Finke, who was 21st at Worlds last summer but has improved 6 seconds since then.

Outside of those two nations, though, the field will be light. Canada and Japan entered no one in the men’s 800 or 1500 at last summer’s World Championships and Canada entered no one in the 1500 at Commonwealths. Shogo Takeda has been 14:55.42 for Japan in the 1500 this year and 7:53.24 in the 800, and that could make him an outside medal threat. Behind him, Kohei Yamamoto has been better at the 800 and Ayatsugu Hirai better in the 1500.

As usual, China’s Sun Yang would be a major player, but he’s not expected to race in Tokyo as China usually saves its best roster for Asian Games.

I think it should be Horton’s new speed and Grothe’s new focus.

I really want to see what Costa can do, even if he does not take a medal. his best 800 free came from a Minor meet where he could race with Paltrinieri, he have a good shot of PBs now fully focused and againts a Field that will be competitive..

I don’t really think this will be a race. Horton wins easily.

Don’t bring Ledecky into this. That’s not an even bet. This is about Horton vs Grothe.

who in china is going to pan pacs?