2018 Junior Pan Pacs: Carson Chasing His Own Record on Day 4 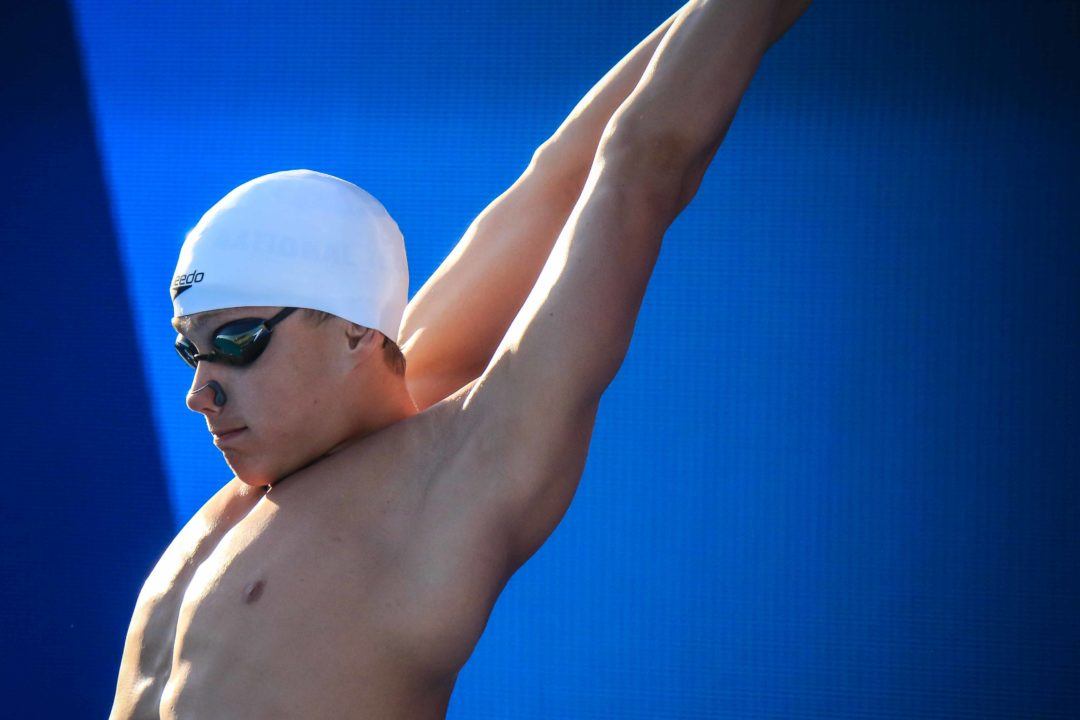 After breaking records held by 2 of the all-time American greats earlier in the meet, 16-year old Carson Foster will be chasing his own history on Sunday. Archive photo via Jack Spitser

As an American-dominated meet at the 2018 Jr. Pan Pacific Swimming  Championship draws to its close on Sunday, there’s still a few big storylines left to follow on the final day of competition.

Not the least of that is another National Age Group Record watch for Carson Foster, who already broke 15-16 records belonging to both Caeleb Dressel (200 free) and Michael Phelps (400 IM, twice).

In the 200 IM, his final individual event of the meet, he won’t be chasing a record of an Olympic or World Champion, or some other legend of the sport; instead he’ll be chasing his own record, and personal best, of 1:59.71 set at US Nationals.

Don’t expect a drop on the scale of the 10 seconds he found in the 400 IM, which he hadn’t swum at Nationals this summer, but he has dropped time in 2 of his 3 individuals so far, so the record-chase is still on.

He’ll be chased in that race by a deep field including Japan’s Masayuki Otake, and his own countrymates Gianluca Urlando, Tim Connery, and his brother Jake Foster.

Jake also has the 200 breaststroke, which, after his breaststroke split on the 400 IM, might be a big swim for him. Don’t be surprised if he scratches the final, if not the prelim, of the 200 IM.

Other Day 3 Stories to Watch:

He would only need to drop .15 seconds to move into the world’s top 25, which is a big achievement for a swimmer who hasn’t yet started his high school career.

Roy is attending Stanford University and has graduated high school.

I thought that didn’t sound right!

It would be an awesome achievement for Roy at this age. As a middle schooler it would be absolutely insane!

When is the last time a middle schooler was top 25? Did Sippy do it?