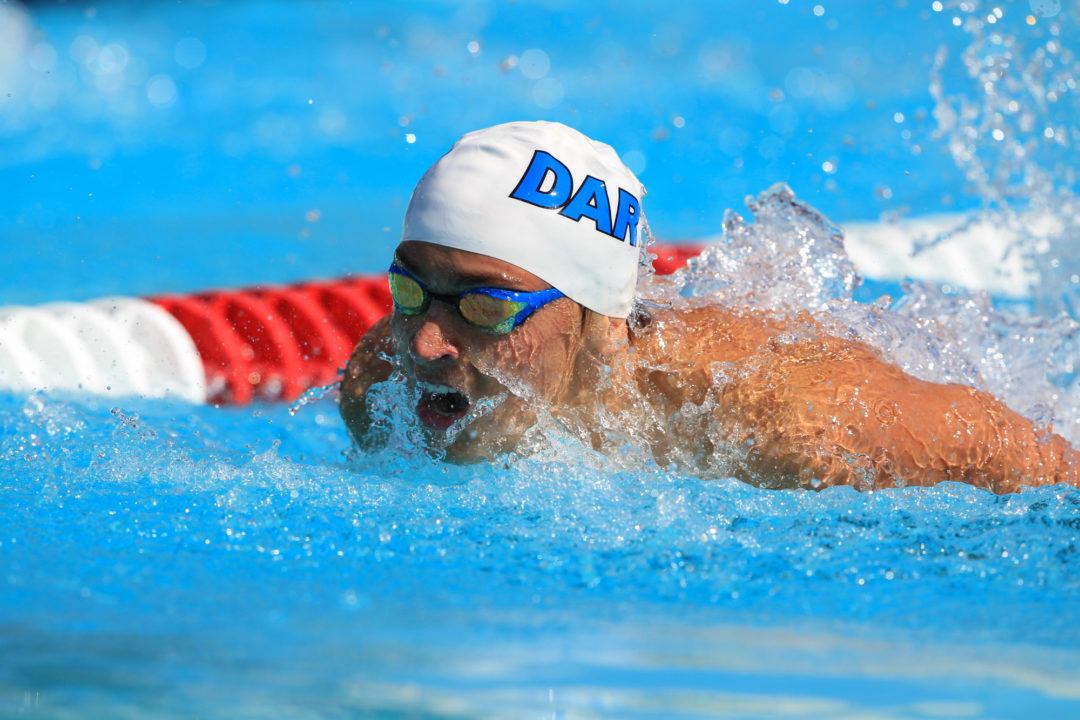 Amid windy and rainy conditions, swimmers on the final morning of the 2018 Jr. Pan Pacific Championships competed in the 200 IM, 50 free, and 200 breast. It wasn’t a fast morning compared to the record-setting swims we saw over the first three days of competition, but perhaps if the weather improves by tonight, the times will too.

American Alex Walsh was the only swimmer under 2:15 in the girls’ 200 IM, taking the top qualifying spot in 2:14.44. Over a second behind her was teammate Allie Raab in 2:15.83. Raab herself was almost two seconds ahead of the next-fastest swimmer, Japan’s Karin Takemura in 2:17.60.

why, why, why hold such an important meet in an outdoor venue? I would have been ticked if I had trained hard, peak and tapered for this meet as my major goal meet, and then was at the mercy of the weather. I guess you could say the swimmers are young and it’s good practice to compete in bad conditions. But things like wind gusts or rain can vary from heat to heat, so it’s not even like you can say that everybody had to deal with the same thing.

Gold in the 200IM for Carson Foster and Alex Walsh.