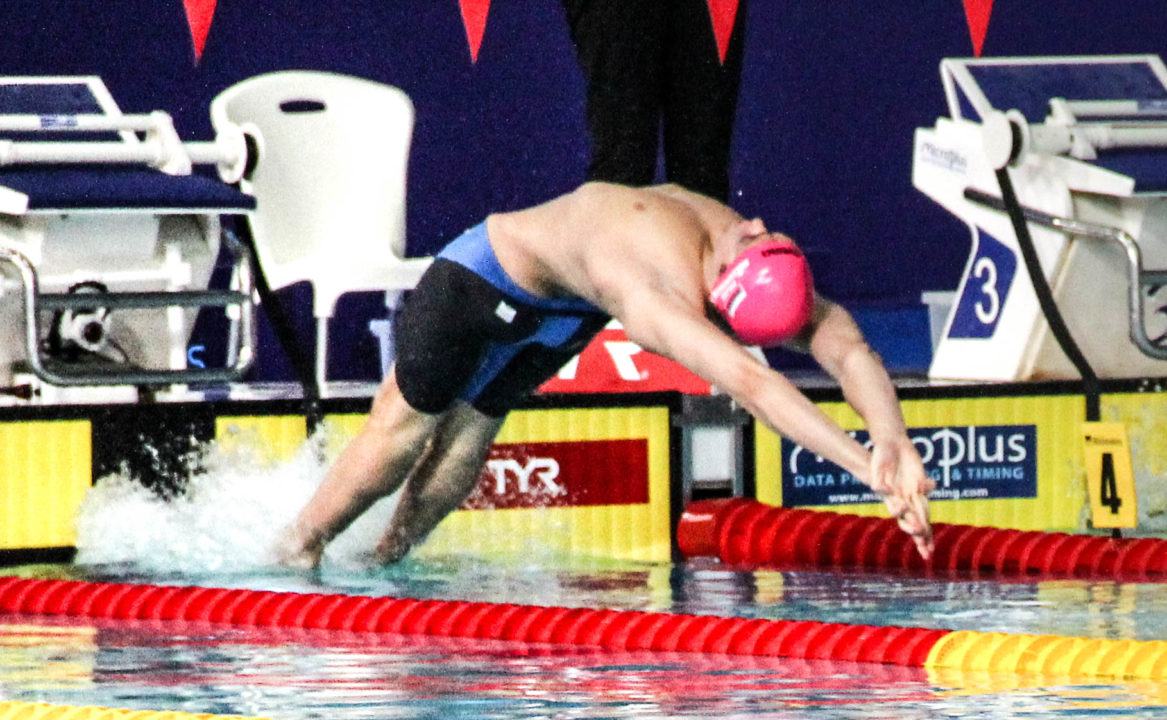 We have named our official awards for the 2018 European Championships. Archive photo via Giusy Cisale

The 2018 European Championships were a fun, high-paced seven-day affair that saw some of the world’s greatest swimmers continue their dominance, a few past champions battle some adversity, and many young future stars proving that their time may be coming sooner rather than later.

Below, check out our official SwimSwam awards for the meet:

While it was clear Swedish superstar Sarah Sjostrom wasn’t in peak form for the meet, she went 4-for-4 individually for the biggest gold medal haul of any swimmer. Easily winning the 50 and 100 butterfly, she really stepped up when the pressure was on, beating Pernille Blume by .01 in the 50 freestyle. Despite being well off best times in her other events, she came within seven-one-hundredths of her world record there in 23.74 to pull out the win. She became the 4th woman ever to win the sprint freestyle double, and the first ever to win the 50/100 free and fly double-double.

Three different men won two individual gold medals at the meet, but it was Russian Kliment Kolesnikov who really stood out with five medals, the largest tally of anyone, along with his stunning world record performance in the 50 back. The 18-year-old took out Liam Tancock‘s mark of 24.04 in 24.00, erasing one of the vaunted 2009 records.

He also won the 100m event in a new Junior World Record of 52.53, becoming the third man in history to win the 50/100 back double, and added a gold in the men’s 400 free relay, two silvers in the men’s and mixed medley relays, and one bronze in the mixed freestyle.

Kolesnikov’s world record in the 50 back erased one of the five remaining non-freestyle individual world records from the 2008-2009 ‘super-suit era’, and was nearly a full half second under his best time coming into the meet.

Expected to be a head-to-head battle between Olympic gold and silver medalists Katinka Hosszu and Siobhan-Marie O’Connor, the women’s 200 IM final turned out to be an incredibly exciting four-way shootout between those two along with Italian Ilaria Cusinato and Switzerland’s Maria Ugolkova. Fourth at the 150 mark, Hosszu pulled out the victory on the freestyle leg to become the first woman ever to win five straight titles in an event. Cusinato (2:10.25) pushed her all the way to the wall for a new Italian Record, and Ugolkova (2:10.83) held off O’Connor (2:10.85) to lower her Swiss Record.

Though in the end the difference between first and second wasn’t that close, the 200 freestyle was arguably the most exciting event on the men’s program as Duncan Scott delighted the home crowd with a win from lane 8. Top seed Danas Rapsys had the early speed going out, but Scott closed on him to turn in a dead-heat with the Lithuanian at the 150 before taking over coming home. Behind Scott the race ended up being incredibly close too, as the 2nd through 7th place finishers were separated by less than a second, and 2nd-4th were separated by just 0.13.

Despite winning zero individual medals, Great Britain’s Freya Anderson was the breakout performer on the women’s side. The 17-year-old broke her own European Junior Record to take 4th in the 100 freestyle in 53.61, and anchored four British relays to medals and another to a 4th-place finish.

She anchored the mixed medley relay to gold and a new European Record with the top female freestyle split, and also had the top split in the field as she brought the women’s 4×200 relay up from 3rd to 1st on the anchor leg. Anderson also produced the fastest female split on the mixed 4×200 relay, anchoring in 1:55.80 to move Great Britain up from 6th to 3rd, and was 2nd-fastest on the women’s medley (52.69) that also won bronze.

The 19-year-old Italian joined the elusive sub-47 relay club on the opening day of competition in the 400 free relay, splitting 46.99 as the Italians won silver. He followed up beating a stacked field in the individual 100 free for gold in 48.01, and just days after the Championships concluded he lowered the Italian Record in the event down to 47.92.

Miressi looks to have seamlessly taken over for Italy’s long-time sprint freestyle star and relay ace Filippo Magnini, who won three gold medals of his own in the 100 free at Euros in 2004, 2006 and 2010.

Country of the Meet – Italy

If it wasn’t already abundantly clear from reading about the other awards, the Italians had a pretty good meet.

Their 22 medals was their most in history, topping their 2012 total of 18. They also had National Records in 12 events, six individual gold medals and 14 individual medalists despite less than stellar performances from 2017 World Champions Gregorio Paltrinieri and Federica Pellegrini, and the absence of another 2017 gold medalist Gabrielle Detti. They were also missing rising breaststroke talent Nicolo Martinenghi. Standouts included Quadarella, Miressi, Panziera, Cusinato and Codia.