Georgia Davies Cranks Out 50 Back European Record In 27.21 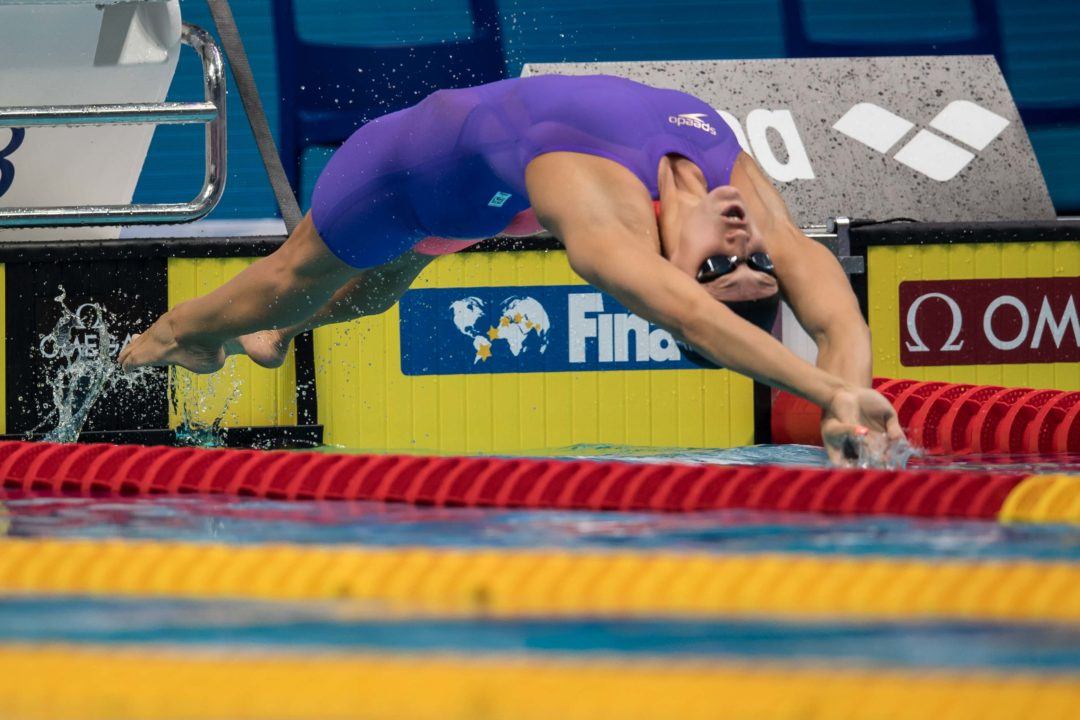 After we saw some scintillating swims on day 1 in the men’s 50 back semis, including Romanian Robert Glinta coming within less than a tenth of the world record, Great Britain’s Georgia Davies continued the trend with one of the fastest women’s performances in history in the prelims.

Coming in with a lifetime best of 27.49, set at last summer’s World Championships where she placed 8th, the 27-year-old wowed the home crowd with a swim of 27.21 in the heats, breaking the European Record (and her own British Record). The previous record was held jointly by German Daniela Samulski (2009) and Belarusian Aliaksandra Herasimenia (2017) in a time of 27.23. Davies also broke the Championship Record of 27.57, previously held by fellow Brit Francesca Halsall, and now sits 2nd in the world for the year behind China’s Fu Yuanhui (27.16).

Davies’ swim makes her the 4th fastest performer in history (previously sitting in a tie for 15th), and also stacks up as a tie for the 9th fastest swim in history. She’s only .15 off of Zhao Jing‘s 2009 world record of 27.06.

Qualifying 2nd for the semi-finals was Russian Anastasiia Fesikova, who equalled the previous European mark of 27.23 to lower her lifetime best of 27.31 from 2009. That moved her into a tie for 5th on the all-time performers list with Samulski and Herasimenia.