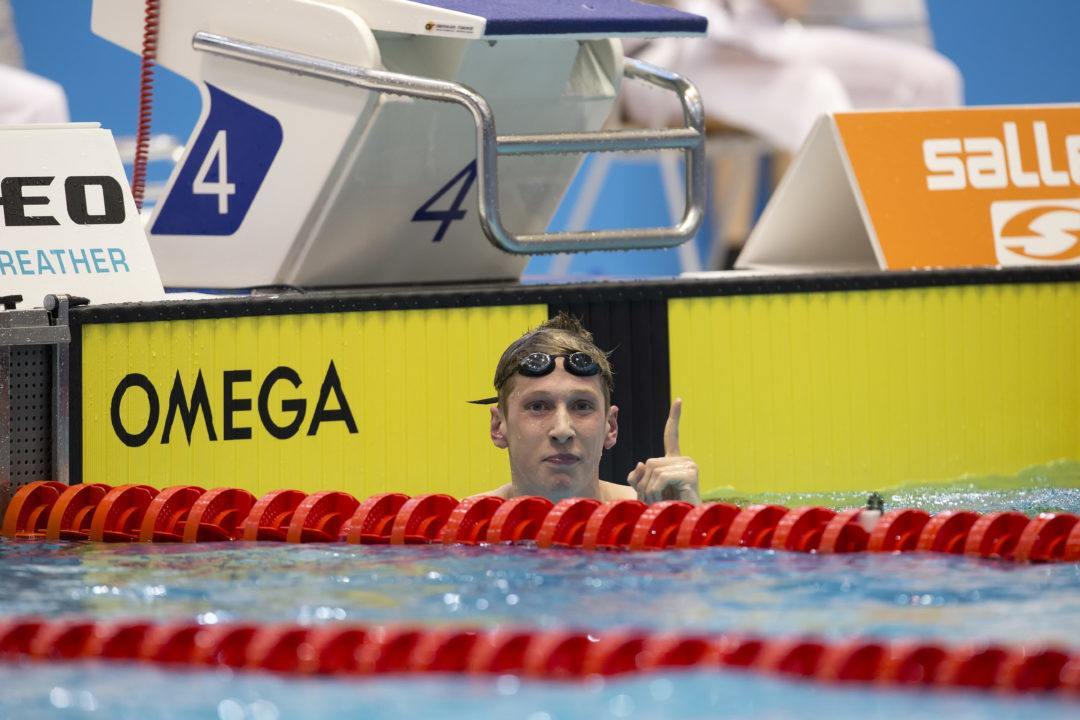 Olympic Champion Gregorio Paltrinieri (ITA), Florian Wellbrock (GER) and Mykhailo Romanchuk (UKR) were the three swimmers who battled for the victory in the 1500 freestyle. The 20-year-old German swam his race like clockwork and managed to stay under his German record splits during the entire race. Wellbrock performed very wisely and finally took the lead at the 1250m mark and held it through to the finish.

Florian Wellbrock stayed on top on the FINA World Ranking with this time. His gold medal is the second one for Germany after the victory in the 4x200m Mixed freestyle relay.

His swim ranks as the 8th fastest performance in history, with Romanchuk putting up the 9th with his Ukrainian Record of 14:36.88, and Wellbrock also passed Romanchuk as the 4th fastest performer in history. He now only trails Sun Yang, Paltrinieri and Grant Hackett in that category.