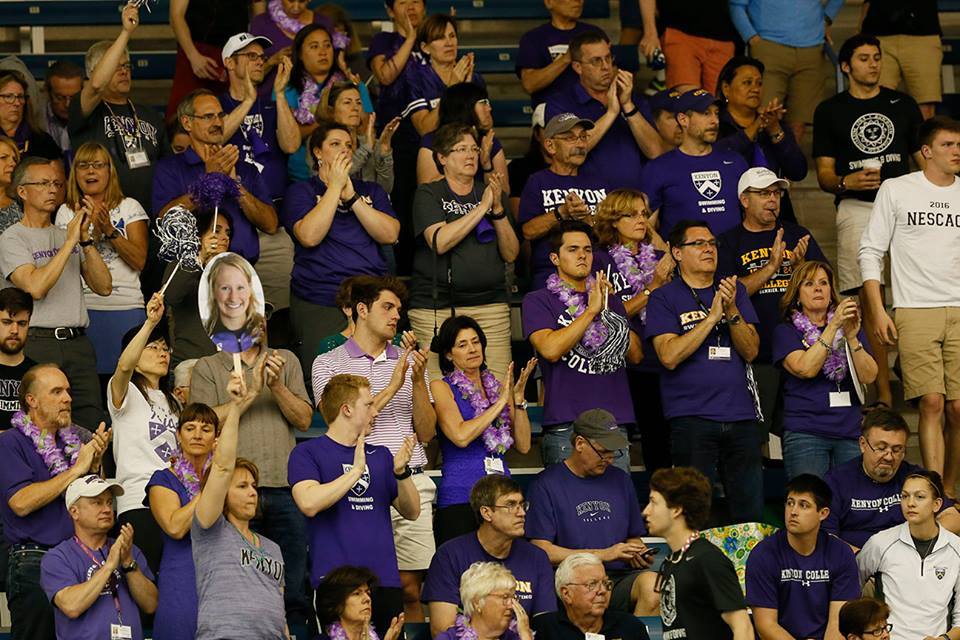 With only one day of competition left in the 2016 NCAA Division III Championships, here are the updated standings and predictions for Day Four. Current photo via Carlos J. Morales / AltaSky LLC

Emory left Kenyon in the dust on Day Three and more or less sealed their NCAA title. Williams leads Denison by a slim margin heading into the final day; either one of them could mount to the third step of the podium tomorrow. Hopkins and Amherst are battling for fifth, although MIT, NYU, Wash U and UW-Eau Claire are close enough to challenge both of them. That’s the group to watch tomorrow; the most exciting team race is in that fifth-through tenth tier.

There are a lot of very close team races in the men’s meet, though none more intense that that between Kenyon and Denison. The Big Red took over the lead on Day Three with their 30 unanswered diving points but Kenyon is close enough that anything could happen on Day Four. In particular, Kenyon placed three in the top 16 of the 1650 last year, including Arthur Conover who set the DIII record with his win. MIT and Williams are still locked in a tight contest for fifth, while Wash U, CMS and NYU are battling for 8-9-10.

String of victories perhaps but the storied program is very much alive for both Lords and the Ladies.