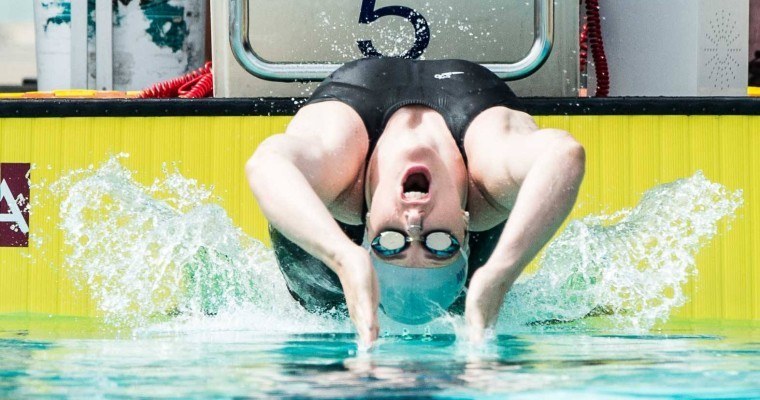 1. Final tune-up for Missy: After spending much of her freshman NCAA season focusing on freestyles, Missy Franklin will return this summer to the backstroke events she’s so thoroughly dominated on the national and world stage. She’s not as rusty in backstroke as fan concern might suggest, swimming the stroke at the Mel Zajac International meet and the Santa Clara Grand Prix, but she has yet to break a minute this summer in the 100. Franklin will have elite competition here, going up against teammates Liz Pelton and Rachel Bootsma, plus Pac-12 rivals Kendyl Stewart (USC) and Bonnie Brandon (Arizona) among others.

2. Can Eastin run with the big dogs? Since winning the Junior World title last summer, Ella Eastin has been a popular fan pick as the next big thing in the U.S. IM events. For the first time this summer, we’ll get to see Eastin take on some of the nation’s best head-to-head, as she’s entered in both loaded up IM events. In the 200, there’s Caitlin Leverenz, Liz Pelton, Maya DiRado and Celina Li, and Li and Leverenz are both in the 400 (though DiRado is absent from the psych sheets in that event, only swimming the 200 IM and 400 free in LA).

3. The return of Kosuke Kitajima: Maybe it’s just because this preview is being written by a breaststroker, but is anyone else way too excited to see Kosuke Kitajima back in action on U.S. soil? Once in the hunt for ‘greatest breaststroker of all-time’ status, Kitajima is trying to extend his career at age 31, not unlike his American rival Brendan Hansen did during the last Olympics. Kitajima missed Japan’s national team earlier this year, but will come take on rising American star Kevin Cordes as he tries to reignite his breaststroking dominance.

4. Matt Grevers vs. the ghost of Michael Phelps: Perhaps the most notable swim to come out of last weekend’s Athens Bulldog Grand Slam on the East Coast was Michael Phelps cracking 54 seconds in the 100 back. Phelps’ event lineup for nationals is still uncertain, but there’s no doubt Grevers, the defending Olympic and World champ would like to match Phelps’ time in case the two collide at nationals. Grevers has yet to break 54 this summer, and in a way, he’ll be competing against the clock – both with Phelps’ time and the 54-second barrier – as much as against the field, which still includes Ryan Murphy and Australia’s Ashley Delaney.

5. Don’t blink – sprints are loaded: Every sprint race at this meet will be one to watch. The women’s 100 might be the most loaded, with Missy Franklin, Natalie Coughlin, Lia Neal, Margo Geer and Jessica Hardy. Coughlin, Geer and Hardy are among the top names in the 50, along with Stanford’s Maddy Schaefer and high school star Abbey Weitzeil. On the men’s side, training partners Nathan Adrian and Anthony Ervin headline both events, along with athletes like Matt Grevers and Seth Stubblefield.

Also, here’s another thought I had earlier today…Phelps swimming either back or free on the medley relay. Know the chance of that is essentially nill, but it’s fun to imagine for a minute.

Should be an exciting meet to watch. Can you give us a rundown on the younger up-and-coming swimmers too?

Can’t wait for some fast swimming in sunny LA! SoCal swimming announced prelims will begin at 8:30 am and finals 5 pm Pacific (not 9 and 5 eastern).