Greensboro Sectionals to Be a Meet of Redemption 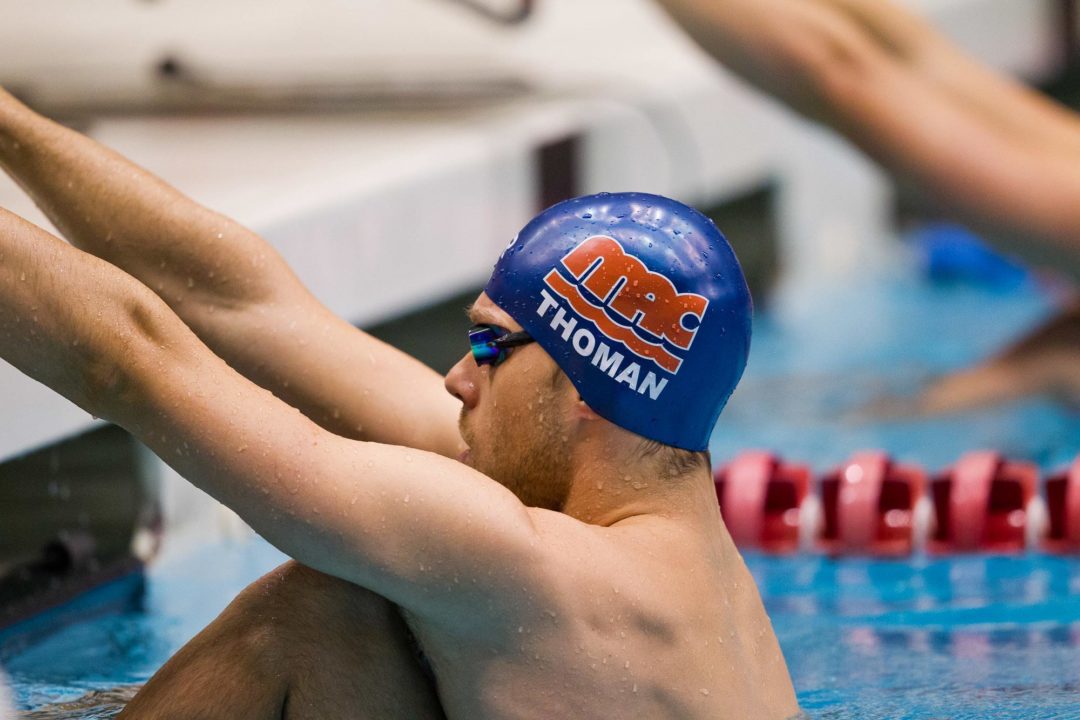 The 2014 Greensboro Sectional Championships at the Greensboro Aquatic Center in North Carolina will be a meet about redemption ahead of U.S. Nationals in three weeks. Archive photo via Tim Binning/TheSwimPictures.com

The 2014 Greensboro Sectional Championships at the Greensboro Aquatic Center in North Carolina will be a meet about redemption ahead of U.S. Nationals in three weeks.

There are a lot of very good swimmers who will use the event as a stepping-stone before bigger meets at the end of July and in August, including Tennessee’s Faith Johnson, future Georgia Bulldog Megan Kingsley, and Louisville’s double NCAA champion Joao de Lucca.

But for three big-name swimmers, the meet is not just about racing experience, it’s about a little bit of a confidence boost and a personal test.

Chloe Sutton of the Seal Innovation Team had two rough swims in her last outing, the Santa Clara Grand Prix, before calling-it-a-meet while battling an undisclosed illness. She was 46th in the 400 free (4:24.93) and 13th in the 1500 free (17:08.48), which in each case is the slowest she’s been in nearly a decade.

There was the illness to factor in, and Sutton has always been a swimmer who relies heavily on big drops come taper time, but those aren’t the kind of results upon which anybody wants to enter a National Championship meet. In Greensboro, she’ll swim the 100, 200, 400, and 800 freestyles, and while there will be some decent competitors there, she’s the top seed and the favorite in all but the 100. If she can win the 400 and the 800 with solid times, and take the 200 as well, she’ll be in a much better state to prepare for battles with Allison Schmitt, Katie Ledecky, and the rest of the national competitors.

Next up is Nick Thoman, who will be testing how his ailing shoulder holds up on two meets less than a week apart. At the Bulldog Grand Slam last weekend, he was only so-so. He put in a 57.42 in prelims of the 100 back, and then in finals went a solid 25.3 split in the 50 before cruising the last half to end in a 1:15.83 (a time that confused a lot of people who didn’t recognize that the goal was the 50 split).

Thoman has a single entry this weekend, once again: the 100 backstroke. That will be his likely target at Nationals, with perhaps expansion into the 50 back at Pan Pacs if he makes the team. For now, though, it will be a test to see if he’s got the endurance to put together a full, full-pace 100 back in Greensboro.

The final swimmer is not yet a national team member like the other two, but has the potential to be one. That’s Erik Risolvato out of Ohio. Risolvato was a member of the high school class of 2013 and went a 19-point 50 yard freestyle before everyone was doing it in high school.

He was originally committed to Arizona, then transferred to Indian River State College where he produced this song, which you won’t be able to get out of your head.

Risolvato has been as fast as 22.74 in the long course 50, and got close to his first 22-second swim of 2014 last weekend at the Orlando sectional. (Last summer, 22.7 would have ranked him right around some other rising sprinters like Auburn’s Kyle Darmody and Texas’s Caleb Weir). A solid drop this summer could put Risolvato into the national final, where he’d have a shot at making a national team for the U.S.

I’m not going to say that Thoman is going to win again but I’m rooting for him to get back to full speed!

Me too. He was so impressive in the last SCY season.
I want to see him fully healthy in long course.