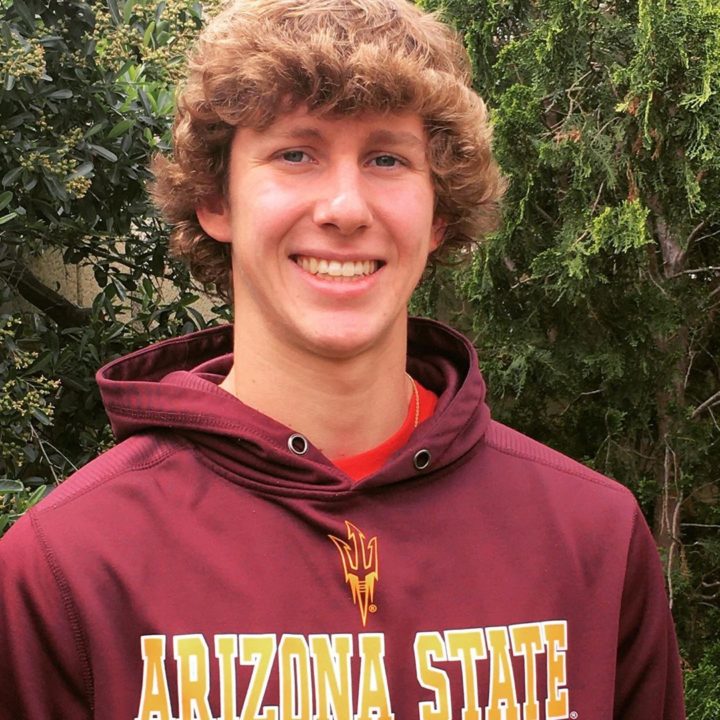 The Rio Salado Swim Club in suburban Phoenix, Arizona held a small intrasquad time trial event on Sunday. While the club is one of the larger in Arizona, this time trial event, held in a 50-meter pool, was for a very specific purpose: to give 4 of the team’s top male swimmers the opportunity to chase Olympic Trials cuts.

2 members of that RIO senior group were successful: Landon Driggers and Jeremy Graunke. Those two are the first new Olympic Trials qualifiers that we’ve learned of post-quarantine, though Bobby Finke did add a new cut in the 200 back last week to his existing lineup of standards.

Landon Driggers, who is scheduled to begin college this fall at NCAA Division II power UIndy, swam a 2:02.65 in the 200 meter backstroke. That slips under the cut of 2:02.99.

His previous best time of 2:05.98 was swum in January as the world was just beginning to learn about the coronavirus pandemic that would engulf it in the coming months. That swim is his first Olympic Trials standard.

Graunke swam 23.10 in the 50 free, which dipped just-under the Olympic Trials standard of 23.19. It also improves more than a second from his previous best time of 24.43 that was set in June of last year.

USA Swimming announced late last month that beginning in August, swimmers would be once again allowed to hit qualifying standards for national meets, like the Olympic Trials, at sanctioned meets. Prior to that, USA Swimming was sanctioning meets in July, but times swum at those events would only be allowed to qualify for meets (and programs) at the LSC level and below.

While this event was small, there were required officials on deck and the meet was sanctioned.

USA Swimming also announced last month that the existing Olympic Trials cuts would be left in-tact through at least December of this year. At that point, the number of qualifiers would be reviewed, and any appropriate adjustments needed going forward to keep the size of the meet under control would be made.