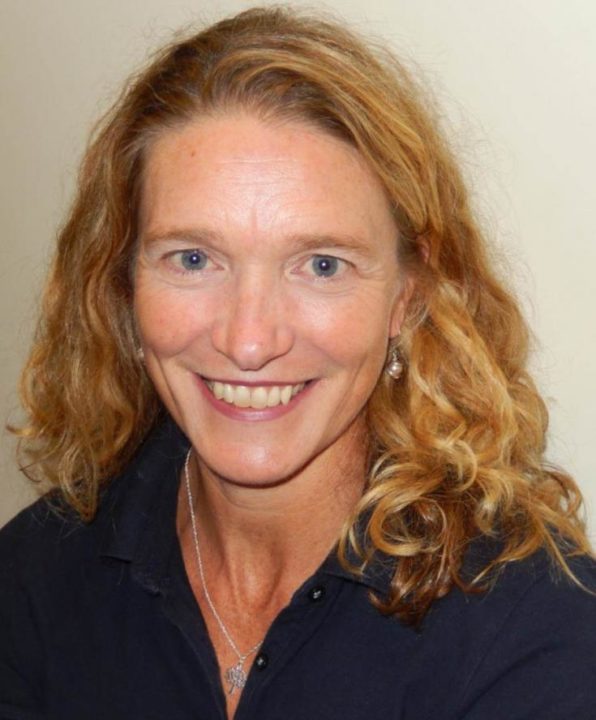 Olympic qualifier Paula Kelly who was months away from her Olympic debut at Moscow 1980 when Canada boycotted the Games shared her thoughts on Tokyo 2020. Archive photo via MUN Nursing School

As the result in a recent spike in Coronavirus cases, China has decided to re-close all gyms and pools until further notice.

Earlier this week, the International Olympic Committee made the historic decision to postpone the Olympic Games. Having been canceled in 1916 due to World War I and 1940 and 1944 due to World War II, Tokyo 2020 will be the first Games in a 124-year history to be re-scheduled and held at a later date (the 1940 Games were rescheduled before ultimately being canceled).

The cancelation comes as a result of the global COVID-19 pandemic, the death toll of which has reached over 23,000 as of March 26th, 2020. Days before the IOC’s official announcement, Canada became the first country to officially say that they would not be attending the Olympics, should they go on as planned.

For Paula Kelly, Canada’s decision to pull out of the Games, and the subsequent cancellation of Tokyo 2020 serves as a bold reminder of when in 1980, Canada joined 65 other countries in a boycott of the Moscow Olympics. Countries including the US, Japan, and China pulled out of the Games in protest of the Soviet Union’s invasion of Afghanistan.

Back in 1980, Paula Kelly was one of the hundreds of athletes who lost out of their chance to compete on the biggest stage of international competition. Kelly grew up in St. John’s, Newfoundland and trained as a member of the Newfoundland Aquarena Aquatic Club. In her 1979/1980 season, 15-year-old Kelly’s years of hard were paying off and at the 1980 Canadian Trials she qualified for what would have been her Olympic debut.

In a situation almost identical to what elite athletes all over the world experienced in the wake of the IOC’s 2020 decision, Kelly arrived on deck one day in 1980 and was faced with devastating news; Canada would not be attending the 2020 Olympic Games. We chatted with Kelly to get her reflections on what occurred 40 years ago, her opinions on Canada’s original decision to pull out of 2020, and the IOC’s eventual decision to postpone the Games.

Paula Kelly was no exception to the rule that for swimmers, timing is everything. Coaches and athletes work meticulously to coordinate training and competition schedules, ensuring peak physical performance is reached when it is most needed. It was it the latest stages of Kelly’s Olympic preparation when the news came that Canada was pulling out. The 1980 Olympic Games ran from July 19th – August 3rd, with Canadian Trials, set to take place in June. Kelly remembers the shock wave that affected athletes all over when it became clear that their long-awaited Olympic dream would be at the least delayed by four years, if not taken away forever.

Early this week, swimmers who were set to vie for a spot on the 2020 Olympic Team faced an almost identical fate when the Canadian Olympic Committee made that same call. Swimmers all over Canada received the news that with just months remaining until their shot at the 2020 Olympic team, that shot would never come.

Sympathizing greatly with the athletes who would have missed out on the Games had they gone on, Kelly also points the importance of acknowledging that the reason for Canada’s 1980 boycott is starkly different from that which led to the 2020 decision. Kelly reflects that 40 years ago the decision for Canada not to attend the Games was rooted heavily in politics, whereas the current situation is a matter of public health.

Kelly says that as a result of these differing reasons, the 1980 and 2020 decisions were met with vastly differing levels of support from Canada’s athletes. In 1980, she recalls not many athletes were happy with the decision, compared to 2020 wherein there was a fairly unanimous outcry of support. Some of the first athletes to voice their agreement with Canada’s decision were 2016 Olympian Markus Thormeyer and 2019 World Champion and Olympic hopeful Maggie MacNeil:

I fully stand by the decision @TeamCanada announced earlier to not send athletes to the Tokyo 2020 games given the current global situation. I am a proud Canadian and there’s nothing more that I want in the world than to swim fast in Tokyo reppin’ the maple leaf on my cap, but the scope of this pandemic is so much larger than the sporting world. Health and safety always come first. We are strong💪🏾We are fighters🍁This is not the end🇨🇦 We Are All Team Canada // Nous sommes Tous Équipe Canada. #teamcanada #canada #37millionstrong

Sometimes you just need a good hug…a second big blow in as many weeks. It was difficult to hear that Team Canada will not be sending a team to the Tokyo 2020 Olympic Games; however, I know that it is in the best interest of the athletes and society. The right choice was made, but it doesn’t make it any easier. Time to stay healthy and get ready for whatever comes next ☺️

Further, even more athletes shared their support of the decision and their shift in focus to 2021 once it was revealed that the Games altogether would be postponed. These athletes include 2016 Olympians Emily Overholt, Penny Oleksiak:

There is another interesting, yet discreet comparison to be drawn between Canada’s involvement in the 1980 and 2020 Olympic Games. The Games previous to each of them; 1976 and 2016 were the Canadian women’s two most successful Olympics in history. The Canadian women have rarely ever won more than 4 swimming medals at any one games in their 26 summer Olympic appearance. The two standout years, however, are 1976 and 2016. At the former, the Canadian women came away with 7 medals, winning 6 at the latter.

Paula Kelly recalls that in the lead up to the 1980 Games, many of these 7 medallists, among others had their sights set on medals, meaning that the Canadian women at least had the potential to repeat their record-breaking 7-medal haul. Cheryl Gibson, Nancy Garapick, and Anne Jardin were among those set to race in Moscow, but Canada’s 1980 boycotting had effectively put an end to their Olympic careers, as none of them were back in 1984.

The 1976 peak in medals from the Canadian women was has been nearly beaten only once; at the Rio 2016 Games. There, Canada picked up six medals, highlighted by Penny Oleksiak’s record-break 4 medal haul;

With this breakout performance from the Canadian women, and subsequent success in the years following, the Canadian women were sitting in quite a good position going into Tokyo 2020. Had the Olympics gone on, however, and Canada remained absent, it seems as though a similar fate would have occurred as did with their 1976-1980-1984 progression.

With a nearly similar disappointment occurring 40 years later, with the postponement of the Games brings a resurgence of hope for the Canadian women to build upon what happened in Rio. Next year, Canada will look to bring even more medal contenders with the likes of returning stars Oleksiak, Masse and Ruck along with recent breakouts like Maggie MacNeil and Sydney Pickrem.

When comparing Canada’s involvement in the 1980 and 2020 Olympic Games, the most important thing to consider is the fact that in 1980 the Games went on without Canada, and in 2020 they did not. This difference holds major weight of course as this time around, the Canadian swimmers are not missing out on the Games and will have their shot come 2021. Kelly ended by sharing her pride in Canada for taking the first step in pulling out the Games, as well as her support for the IOC’s subsequent call.

Yes probably the high point of womens’ Canadian Swimming but don’t forget about the men. Peter Szmidt broke the World Record in the 400 Free at trials. Graham Smith was an NCAA and World Champion. The great Alex Baumann won the high point trophy at the swim meet we raced at in Hawaii instead of the games. Bill Sawchuck won 8 medals at the Commonwealth Games where Canada soundly defeated the Australian men. Along with many others who were peaking at that time. I was young and thought I would get another chance. But alas I did not. What this lost opportunity gave me was perspective. I love swimming. Not just the ultimate competition but all of it. The training,… Read more »