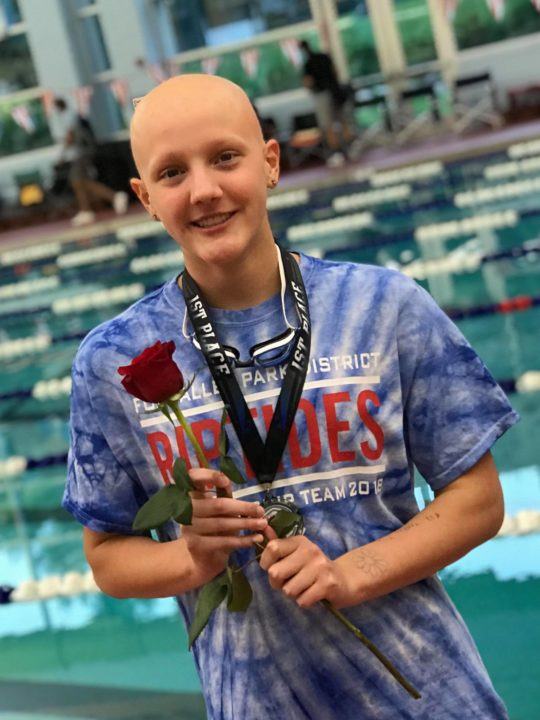 Leah Hayes clocked a time of 4:50.99 to get under the Olympic Trials cut in the 400 IM last night, taking seven seconds off of her old best in the process. Archive photo via Sara Converse/Fox ValleyPark District Riptides

Swimming at the 2019 Pink A+ Invitational, 13-year-old Illinois swimmer Leah Hayes of the Fox Valley Park District Riptides took 2nd in the 400 IM last night at the University of Iowa pool. Her time of 4:50.99 breezed past the 4:51.79 OT cut and took seven seconds off of her old best. It’s Hayes’ first OT cut, and she is the youngest swimmer qualified for the meet right now.

Just a couple of hours later at the Mission Viejo Swim Meet of Champions, Jillian Cox of Austin Trinity Aquatic Club smashed her personal best to go 4:16.27 in the 400 free, slipping under the 4:16.89 OT cut.

The first 13-year-old to qualify for OTs was Wisconsin’s Maggie Wanezek. She is qualified for OTs in the 100 back, and she’s also 13. Hayes is the youngest, followed by Wanezek, and then Cox.

What were her splits?