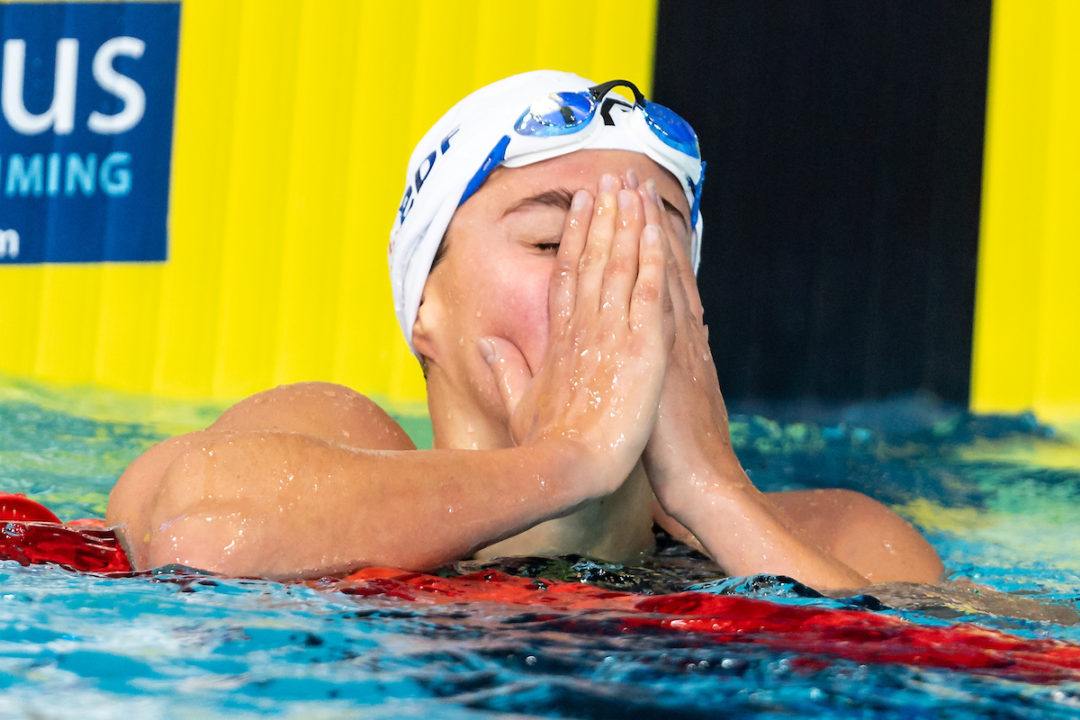 The FFN has decided on principle not to take the women's 4x100 freestyle relay to Gwangju. Archive photo via Andrea Staccioli/ Deepbluemedia /Insidefoto

It’s official. Despite a deep field of women’s 100 freestylers in France this year, with six swimmers under 55 seconds in the final, the French Federation (“FFN”) determined that its women did not satisfy the selection criteria and thus France would not field a 4×100 free relay at 2019 World Championships in Gwangju.

According to the FFN’s selection rules, the Federation would invite the first five swimmers out of 100 free heats at the 2019 National Championships in Rennes, if the add-up times from prelims of swimmers #2 through #5 were equal to, or faster than, 3:38.24.

The women’s 100 free prelims were highly competitive for another reason, as well. With Charlotte Bonnet already prequalified for Gwangju because of her top-3 finish in the 100 free at 2018 European Championships, everyone else was vying for the second individual spot on the Worlds team. To qualify, they had to swim 54.32 or better in prelims and finish in the top 2 in finals.

Also written into the FFN’s selection guidelines was Rule 2.8: “The [final] decision remains at the discretion of the National Technical Director [DTN].” This left open the possibility that Julien Issoulié might use his discretion to name the women to the Worlds team, but at a press conference at the end of finals on Saturday, Issoulié extinguished all hope with a resounding “non.” Issoulié seemed to stand on principle with his reasoning. He said in the press conference:

“We have chosen to apply a criterion that has been carefully considered. The logic for the relay is identical to that of the individual events. Going forward, what interests me is knowing what we will put in place so that our women swim faster and no longer find themselves in this kind of situation. That is the question we asked ourselves because it’s not about the World Championships in Korea, but the Tokyo Games next year.”

Too bad. This team would look very good in all Olympics but Rio. I think that money was talking and French federation decided to save on 4 extra swimmers.

Gastaldello, Bonnet and Wattel already qualified through individual events, it would mean only one “extra” swimmer.

Then i don’t understand. It could be one of the best French W4x100ree relay.
French record is 3:54.65 and this team is only 2.5 sec away without discount for relay start. And that is in April.

I was talking about team of 6 swimmers.

real dumb. i would understand if they had the same criteria and missed 1-4, but 2-5 in prelims.. sheesh.

Is there some secret rule, that to run a swimming federation you must be tedious and self absorbed with a vastly over inflated sense of your own importance to the sport?

Call it the “glorious throbbing vein of ineptitude” taken from The Guardian Newspaper on a football (aka soccer) comment.

This is the best comment I’ve read here in a while – kudos.