Zane Waddell Misses Murphy’s All-Time 50 Back Split by .02 at SECs 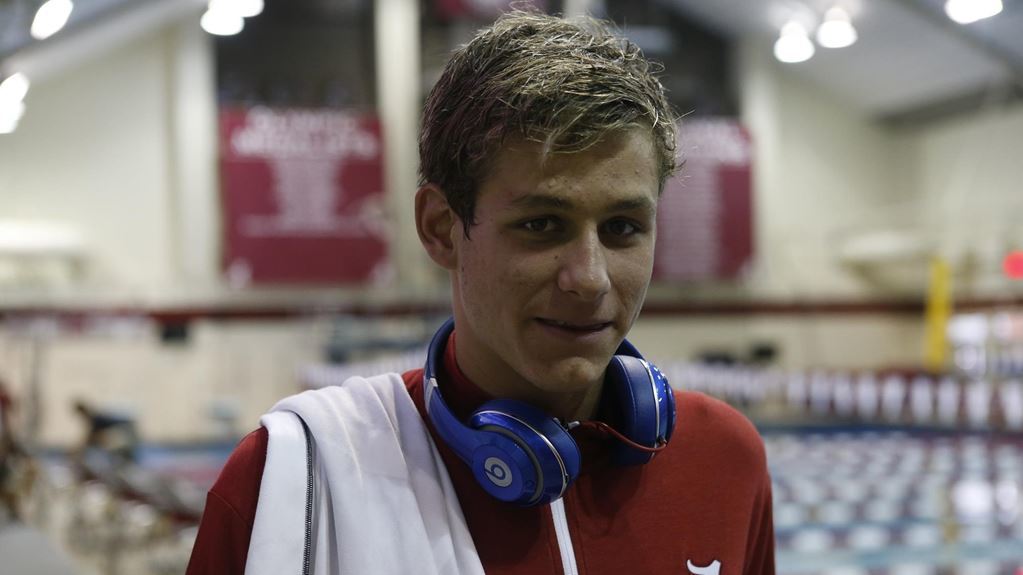 The University of Alabama broke the SEC Championship Meet Record in the men’ 200 medley relay on Tuesday to open the 2019 SEC Men’s & Women’s Swimming and Diving Championships.

The overall SEC Record still belongs to Alabama’s 2017 relay from the NCAA Championships where they swam 1:21.89. No SEC school has been faster than Alabama’s 1:22.19 from Tuesday evening. Waddell’s 20.22 would have been the fastest split at NCAAs last year by .42 seconds. The only faster split that we could identify was Ryan Murphy’s 20.20 from the 2016 NCAA Championships. USA Swimming doesn’t track the 50 yard stroke events as official American Records.

Waddell might have cheated – I saw bubbles exploding him off the turn!!!
I believe he ate a special concoction of kidney beans, lima beans, Texas Petes and Mountain Dew!!!

Someone needs to clean the pool cuz Zane just did something real dirty.

Great swim, but can he make a field goal?

Saban was there or am I missing something…?

Knox Aurbach on the start nearly cleared the flags there! What a jump!