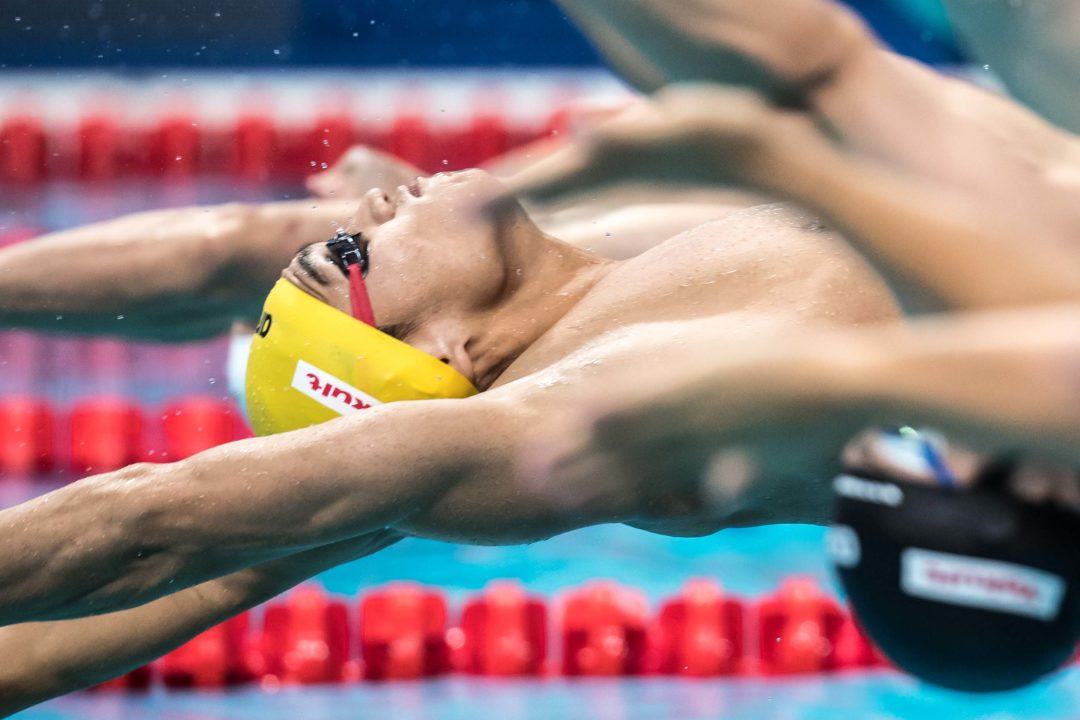 Xu Jiayu nailed a new Chinese national record in the men's 200 back, dipping into 1:48 territory for the first time in his career. Archive photo via Mike Lewis/Ola Vista Photography

While competing on day 1 of the FINA World Cup stop in Tokyo Japan, dominant Chinese backstroker Xu Jiayu lowered his own national record in the men’s 200m back en route to gold.

Entering tonight’s finals session, Xu’s personal best and previous NR rested at the 1:49.08 to represent the first time the 23-year-old delved under the 1:50 threshold. This evening, however, Xu took things to an entirely different level, dipping into the 1:48 territory with a winning effort of 1:48.32.

That was enough to hold of former world champion in the event, Mitch Larkin of Australia, who settled for silver in 1:48.51. Both men represent the only swimmers of the field to dip under 1:50 on the night.

Xu wears the crown in the world rankings this season over Mitch Larkin, Japan’s Ryosuke Irie and any other would-be contender at this point.