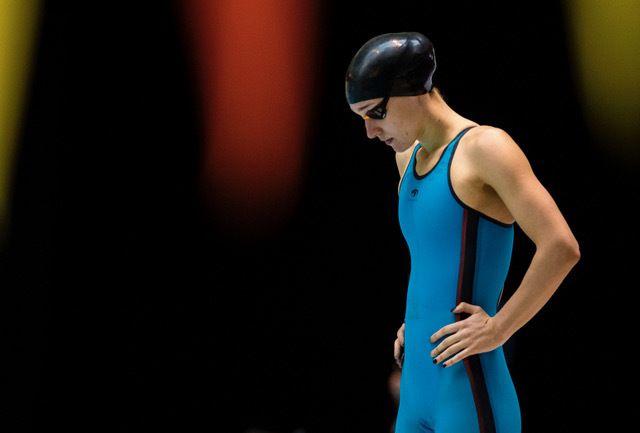 Courtesy BlueSeventy: A SwimSwam Partner. Alys Thomas has sat proudly at the top of the 200m butterfly FINA world rankings...

Alys Thomas has sat proudly at the top of the 200m butterfly FINA world rankings since that stunning 2:05.45 gold medal winning swim at Australia’s Commonwealth Games in April. She’s now got a busy schedule at the Glasgow 2018 European Championships, but Sunday’s 200 fly is the focus for the 27 year-old Swansea, Wales based swimmer.

Her swim on the Gold Coast was a breakthrough first international medal that took years of patience and perseverance, including overcoming injures that have forced her to practice underwater skills relentlessly while arm injuries prevented her from swimming on the surface.

Thomas’ official suit sponsor, blueseventy, caught up with her for a quick chat ahead of the Europeans to find out her key work outs and taper preparation.

Which events are you swimming at Europeans?

What are you aims?

To back up my performances from Australia, and possibly try and improve the 100.

How has your training been going since Gold Coast?

Training has been fairly steady, I had a week or two off after the Games to recover before building back up again. The majority of this cycle has been about maintaining the progress made, rather than trying to push too hard into overdrive.

How do you reflect on your Gold Coast swim now?

It feels a long time ago, but in the blink of an eye at the same time. I can see areas to improve within the race and have set targets and processes to work on.

Alys Thomas in the heats of the Women’s open 200m Butterfly during day three of the British Swimming Championships at Tollcross International Swimming Centre, Glasgow.

What do you think your success was down to?

Probably an accumulation of different things all coming together at the right time allowing everything to ‘click’. My coach Stuart (McNarry) and I had done a camp away with St. Peters Western with Micheal Bohl in Brisbane in January 2017 off the back of our own national camp in Sunshine Coast. We both learnt a lot and brought a lot of the learning back into our day to day programming of sessions. It helped me a lot mentally to realise I could train with and keep up with the girls in that squad who had Olympic medals sitting at home.

What’s the toughest fly set that you do in training?

And what’s a typical taper set you’ve done leading up to Glasgow?

Taper sets vary from cycle to cycle dependant on the type of work we’ve done and where were at in the season, we tend to bring in suited and stand up swimming into sessions and try practicing some process goal set for racing, an example might be something like a broken 200 suited (how its broken will depend on the work leading up) then remove suit and continue a full race pace set – something like X amount of 200s as 50free 50 fly @pb+20-30 followed by 8-10 50s @ 200 pace on descending turn rounds, eg 80/70/65/60/55/50/45 etc.