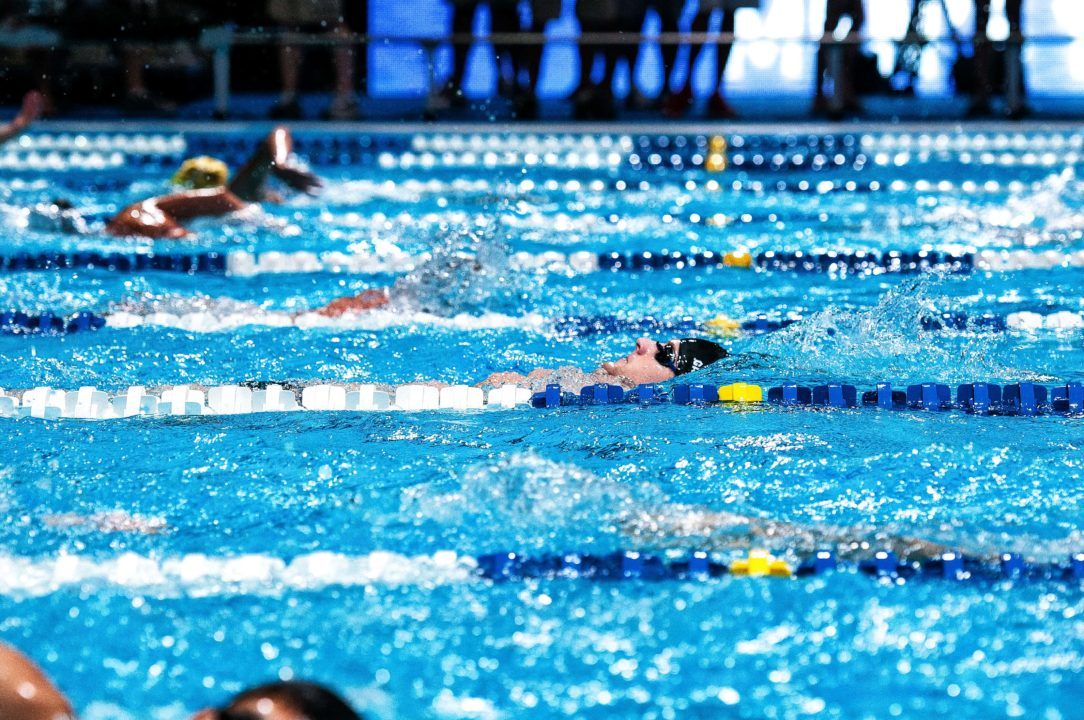 Burns was the star of spring nationals, and showed up for the final day of the summer edition on Friday with a bang.

16-year old David Curtiss swam a 22.64 in the 50 free on Thursday evening at the YMCA Long Course National Championships. Besides winning the YMCA National Championship, the swim validates the 21.96 relay split he recorded on the Hamilton Area YMCA’s 10th-place 200 medley relay earlier in the meet.

I done at a different meet, the swim could have earned him a spot on the US Junior Pan Pacs team. He didn’t swim at US Nationals, but that does make him the 2nd-fastest 16-year old in the country so far this year. Only Adam Chaney of the Mason Manta Rays, who swam a 22.52 in a swim-off at Nationals, has been faster this year in the age group.

15-year old Jack Alexy took 2nd in 23.19, and Henry Schutte from the Rapid Area YMCA took 3rd in 23.34. That’s the same finish order as the short course YMCA Nationals in the spring.

That’s fast. Why he wasn’t at US nationals? He could make the junior pan pacs team.

He recently switched teams from Tri-Hampton Y in PA to Hamilton Y in NJ.

That was a FAST start!