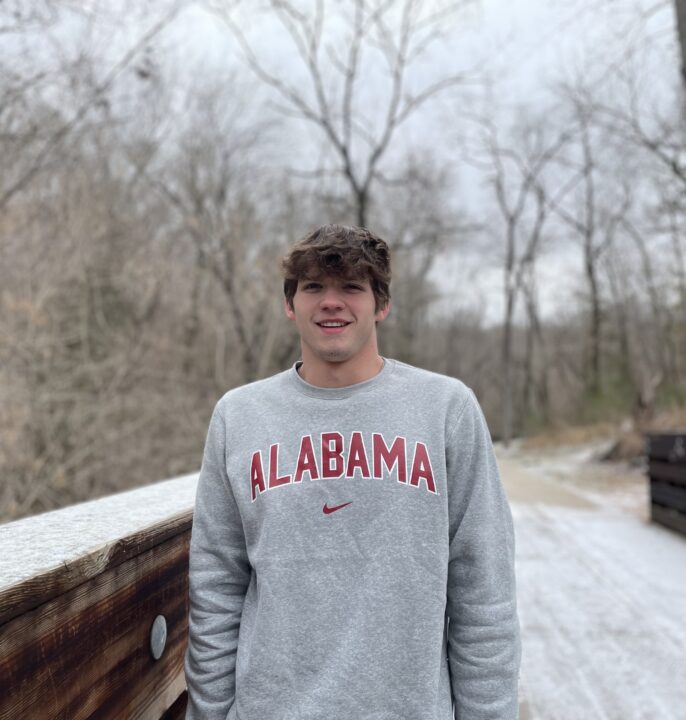 Fast improving sprinter Gavin Lindley will arrive on campus at the University of Alabama this fall as a member of the class of 2026. Current photo via Gavin Lindley

Gavin Lindley from Rogers, Arkansas has announced his commitment to swim and study at the University of Alabama beginning in the 2022-2023 school year.

“I am super excited to announce my verbal commitment to continue my academic and athletic career at the University of Alabama! I’d like to thank my parents, coaches, and teammates for getting me to this point and I wouldn’t be where I am without them. ROLL TIDE❕❗️🐘”

Lindley swims for Northwest Arkansas Aquatics out of Bentonville, AR. He just finished his third year of swimming and has made great strides recently.

Lindley is in the middle of his senior year at Bentonville High School in Bentonville, AR. In 2020, he earned high school swimming All-State honors.

His best short course times include:

The University of Alabama is a public university located in Tuscaloosa, Alabama. The school is a member of the SEC. The team is in its first season under head coach Margo Geer and is projected to send eight men to NCAAs this year based on the SwimSwam midseason projected cut list.

Alabama has not had an Arkansas athlete, male or female, on their roster since at least the 2007-2008 season, which is as far back as the records go.  Lindley will arrive on campus in fall 2022 as a member of the class of 2026 along with mid-distance freestylers John Hayes and Dax Harris, distance freestyler Tanner Jones, sprinters Ethan Otten and Drayden Bell, and sprint/mid-distance freestyler Connor Little. Little and Lindley are closest in their strongest events. Little goes a 20.56 in his 50, 44.90 in his 100, and 1:38.80 in his 200 freestyles.