Where Did All the Parent Volunteers Go? 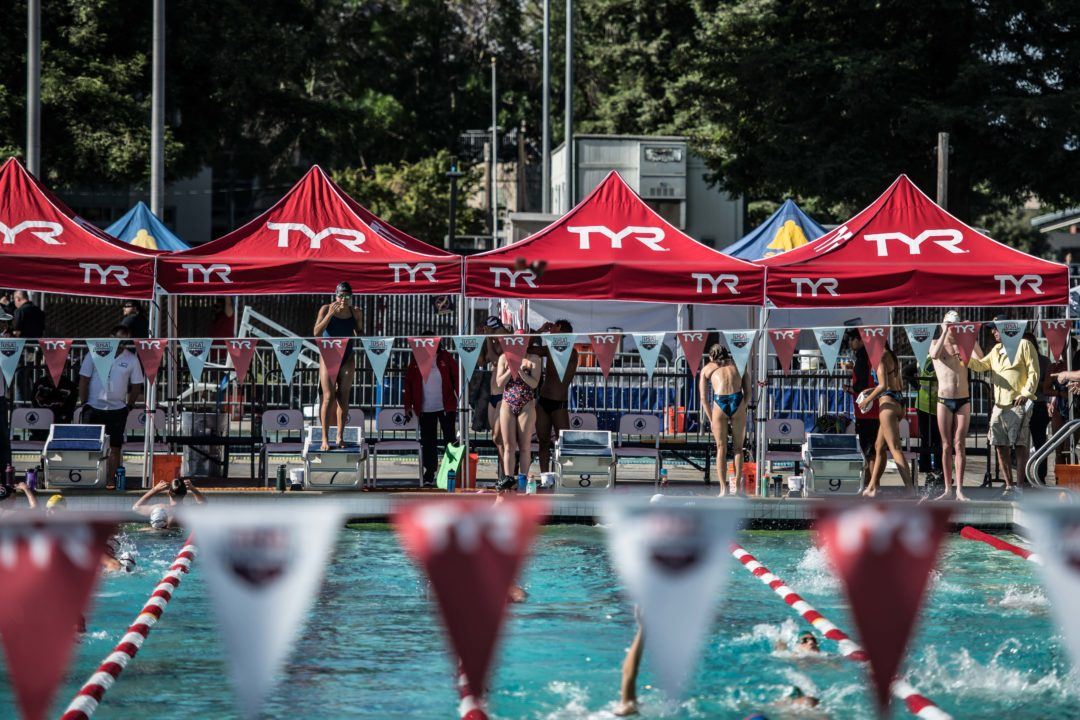 There’s been a downward trend in volunteerism the past decade. Each year we have fewer and fewer parents stepping up to help youth sports, schools or other community programs. Current photo via Mike Lewis/Ola Vista Photography

There’s been a downward trend in volunteerism the past decade. Each year we have fewer and fewer parents stepping up to help youth sports, schools or other community programs.

According to Todd Conrad, Mission Viejo Nadadores General Manager, “I serve on a board of our community’s youth sports teams and they are concerned about the lack of volunteers. The same number of parents are in the stands watching soccer, tennis, etc. but they aren’t volunteering.”

He said Little League doesn’t have enough parent volunteers to host a snack bar. Like many other swim clubs, the Nadadores have a mandatory service policy, and Conrad said they have no shortage of parent volunteers on their team.

Without the help of all parents, teams couldn’t pull off a successful meet—which is how many teams stay afloat financially. In some areas of the country, officials are paid, while others rely on parent volunteers. Without officials, there can’t be a meet, either. Many teams require volunteers to put in a certain number of hours at each meet or face fines. It’s not to make money, but more of a plea to get all hands on deck.

Here are a few ideas to recruit and retain volunteers on your team:

Personally reach out to individuals to ask them to volunteer. If everything is done online or through a flyer—the number of volunteers will be less. It’s easy to ignore emails and people may believe that someone else will step up and they don’t have to. It’s harder to ignore a one-on-one request.

One of the reasons why people don’t volunteer is that they’re unsure of what’s required of them. And sometimes it takes too much effort on their part to get information. By spelling out exactly the job and amount of time, it will make it clearer for potential volunteers.

Having a coach or parent board recognize the many parent volunteers for their hard work will go a long way in retaining volunteers. In addition to a personal word of gratitude, a thank you on FaceBook, a team’s newsletter or annual awards for volunteers are a few ideas to show the team’s appreciation.

Newer parents may be intimidated because they’re unfamiliar with swim meets in general. Also, many parents who have been on deck for years don’t mean to be cliquey, but they enjoy their long-standing friendships. They may not realize that new parents may feel like they’re on the outside looking in. Have longtime parents who are amazing at welcoming newer parents reach out and help them become part of the team.

Do you think teams should have mandatory volunteer hours and why do you believe fewer parents are volunteering today?

Another reason that never gets a mention for people not wanting to volunteer is John Howards 1998 law on zll volunteers needing police checks and working with children. it makes no sense to do a police check if your just helping out. Since this came in I know of many volunteers from 18 to 80 who simply said to hell with red tape and just walked away.

I completely agree that the team has to work to welcome new families and create a culture of volunteerism. It should also be made very CLEAR the financial benefit to families when a team hosts a meet. I’ve been on the same team for 5 years and for the past two years have volunteered over 100 hours in a season when the requirement is 30 hours per season. It’s not that I have nothing else to do and want to work a swim meet after being at work all week, but it’s what is necessary because there are parents who don’t volunteer and who don’t pay fines and who don’t seem to care. It’s really sickening when there are swimmers… Read more »

The thing that stick out most to me was the comment about the “cliquey” swim parents. We recently left a club that was notorious for this and had an almost toxic culture. Jobs were taken away from some parents after sign up and given to their “friends” or to themselves is one example. As a single working mom, with no time for much of a social life, this was a big deterrent to volunteering for me. I was stretched thin, but always willing to step up to help my child succeed. However, when you aren’t made to feel welcomed or appreciated , and in some cases almost bullied, it tends to leave little desire to help.

I’ve been a swim mom for eleven years and because of relocations have been part of several teams. In my experience, the teams that have a FRIENDLY face to recruit volunteers do best. The article mentions speaking to parents, and I agree this goes a long way! Nothing is worse than cliquish groups of parents who don’t want the new parent to take “their” job, but the only way to sign up is through an email. The new parent has no idea that one mom ALWAYS signs up for the first shift of concession stand with her best friend and sends an email first bumping one of them out. This results in automatic tension on the team for the new… Read more »

Interesting comments so far with this article. However, most of the issues are just that, issues that need to be taken into account as you approach your volunteer strategy. I won’t argue with a single point, but… part of running a successful club is indeed acquiring and maintaining a quality volunteer “work force”.

This goes so deep and it is a challenge for every swim club out there! Its not a coach/parent board/integrated club issue. Its not a non-profit/for-profit issue. The issues are vast and varied and pulling on one of the 50 strings may help, but you really will not know if that particular string was the change that made a difference. Clear expectations, training, recognition, so many… Read more »

Swim meets are too long. Because they are so long it requires so many volunteers. 10+ hours at the pool for a weekend is crazy. And that is if you don’t swim Friday night.

“Mandatory service policy and no shortage of volunteers” – why is it mandatory then?
It’s a huge problem people are just lazy these days, they want it all but dont want to give back. I hear the excuses all the time as if those of us that do volunteer dont have the same problems.
Some swim clubs have taken it to far though with mandatory work requirements and food donations which they sell and pocket the cash . Its one thing to help with a meet for the kids but Im not interested in lining the pockets of a coach who thinks meets are a clubs private charity to make a big score. I have been around the… Read more »

I’ve given up on my LSC when it comes to new ideas and programs to encourage Parent involvement. There seems to be a growing emphasis on working National level meets with little attention given, at the LSC level, to the needs of those working the all important novice meets. My LSC exists to make things more difficult. It’s what they do.

Make no mistake. There has been a shift in culture over the past several years and it may take a unique approach to engage the 20% of new parents that might be willing to work. I am into my 15th year on deck and I doubt I would have taken the first S&T clinic with the current Background,… Read more »