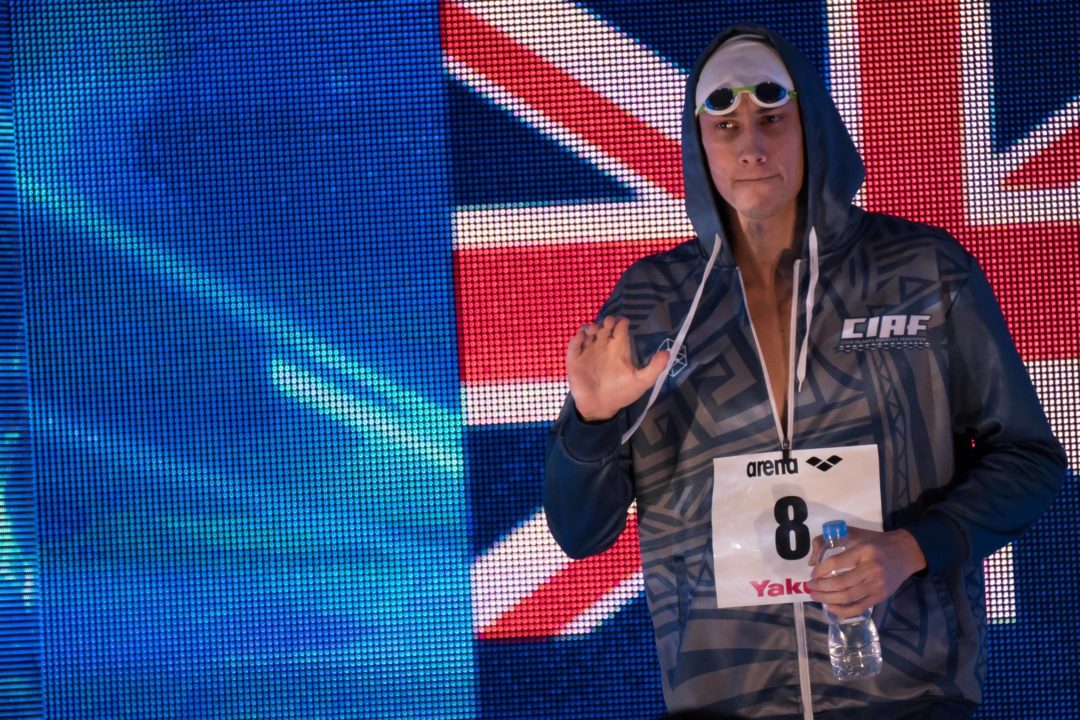 New Caledonia dominated the relay component of the 2019 Pacific Games, which is taking place in Samoa. The swimming portion of the international, multi-sport competition concluded today at the Samoa Aquatic Center, but not before the aforementioned nation reaped 6 relay medals.

Individually, Emma Terebo gave New Caledonia 2 gold medals in the sprint freestyle events by winning the women’s 50m and 100m races. Terebo took the 50m gold in a time of 57.60, while she snagged gold in the 100m with a winning effort of 26.41. Terebo competes for the Florida State University Seminoles in the NCAA.

Winning the same events for the men were Julien-Pierre Goyetche and Florent Janin, both also from New Caledonia. Goyetche, who competed for Oklahoma Baptist, won the 50m in 23.03, while Grand Canyon University’s Janin found success in the 100m with a golden mark of 50.59. Goyetche wound up taking the 50m back as well, stopping the clock in a time of 27.01.

The nation of Fiji swept the women’s breaststroke discipline, with Moana Wind making her mark on the 50m and 100m sprints. Wind topped the 50m field in a time of 33.39, while her 1:13.79 outing in the 100m was good enough for gold.

The Cook Islands won its first-ever Pacific Games swimming medal thanks to Wesley Roberts. The 22-year-old won the men’s 200m freestyle in a time of 1:51.36, beating the field by over a second.

The host nation of Samoa also got in on the medal action, with Brandon Schuster claiming wins in the men’s 200m back (2:08.48) and 400m IM (4:24.04). His time in the IM event represents a new Pacific Games Record. Schuster swims for Cal Baptist stateside.