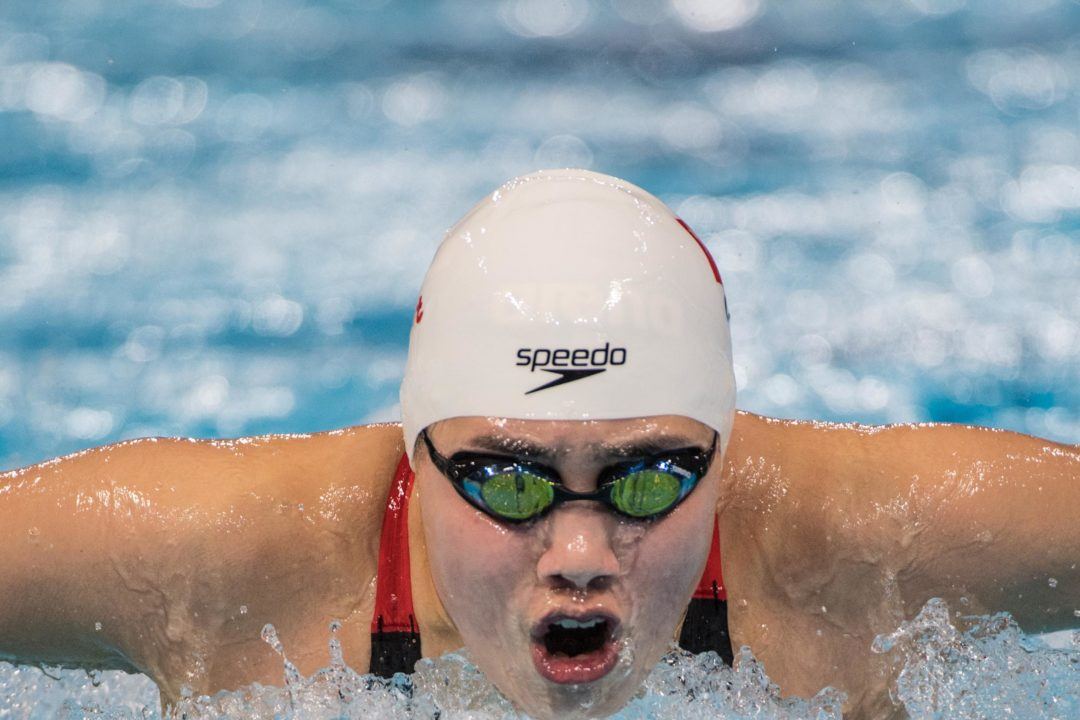 Check out what a 56.47 100m fly looks like, courtesy of 22-year-old Chinese swimmer Zhang Yufei. She crushed that PB competing in time trials. Archive photo via Mike Lewis/Ola Vista Photography

The Chinese national team’s Summer Test Competition wrapped up in Shandong Province where several key elite athletes threw down some head-turning performances. The Chinese Nationals meet is set to take place later this month, which means these speedy outings may just be a preview of what’s to come from the likes of Zhang Yufei.

Zhang busted out a lifetime best 100m fly time of 56.47 in the prelims before settling for another sub-57 second effort of 56.68 in the final to take the race. Prior to this meet, Zhang had never before been under 57 seconds, but her 56.47 would have rendered her the bronze medalist at last year’s FINA World Championships.

Splits for that huge swim included 26.04/30.43 to give her the quickest time of her career.

Zhang also established the 8th fastest fly relay split all-time at the same meet, punching a leg of 55.81 in the prelims of the mixed medley relay. You can read more about that swim here.

That turn could definitely be improved

The girl in the first heat who went 58.4 lost a ton of time kicking into both walls.