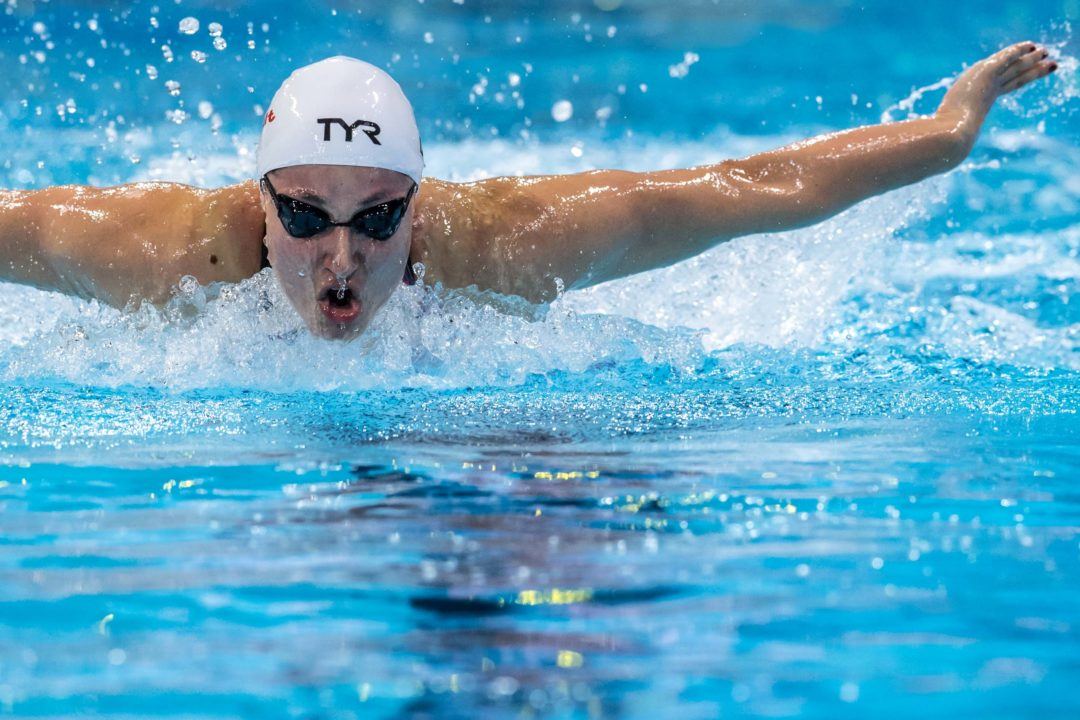 Competing on day 3 of the 5-day affair, 24-year-old Beckmann hit a winning effort of 57.60 to not only top the women’s 1fly podium, but also get under the FINA ‘A’ cut of 57.92 needed to qualify for this summer’s Olympic Games.

Ottesen finished 7th in this 1fly event at the 2016 Olympic Games in Rio and is still seeking Olympic qualification this time around for Toyo. Her most recent best was marked by the 58.74 produced at the FINA Champions Series in January of 2020.

As for Beckmann, her 57.60 here marks a lifetime best, hacking .41 off of her previous PB of 58.01 from just last month. She now checks in as the 11th fastest performer in the world this season. She remains the 2nd fastest Dane all-time, only behind Ottesen’s national record of 56.51.

Also checking in with a huge new personal best was 20-year-old Helena Rosendahl Bach, who took the women’s 200m freestyle title. Stopping the clock in 1:58.74, Bach dipped under the 2:00 threshold for the first time in her career, obliterating her previous career-quickest of 2:00.14 from 2019. Joining her under the 2:00 threshold was the 100m freestyle winner here, Signe Bro, who posted 1:59.38 as the runner-up in the event.

You can see Beckmann’s emotional response to realizing she has hit an Olympic qualification time below. Accompanying the video is Beckmann’s sentiments,

“2008 was the year in which I set myself the goal of one day representing Denmark at the Olympics. AND YESTERDAY I SWAM UNDER THE QUALIFICATION REQUIREMENTS FOR THE OLYMPICS !!

“13 years ago, I got up in the middle of the night, as part of a school project, to follow the Danish swimmers’ battle for personal records, finals and medals. As the nights went on, I became more and more convinced that this Olympics, I had to try it too. But had I shown how much hard work, time investment, ups and downs the road to the Olympics would offer, then I might have thought about an extra time. But luckily my young indomitable brain was not so risk-taking at the time. I just knew what I WANTED.

“But the journey to achieve my Olympic dream I have not taken alone. I am so unbelievably grateful for all the people who have believed in me, my will, dedication and dreams. A huge thank you from my ❤️ to everyone who has made their way past my journey. Whether it was for a short time, a longer number of years or a lifetime. Thank you for being the right people at the right times. You have helped me to realize my dreams. None mentioned none forgotten. AND yet a special thank you to @jon_langberg & @_stefanhansen_. The journey we have been on the last 1.5 years I will never forget. WE DID IT!! No one can do it alone, but together we can reach unimaginable heights. I look forward again as a small child to the rest of the journey ❤️ THANK YOU”