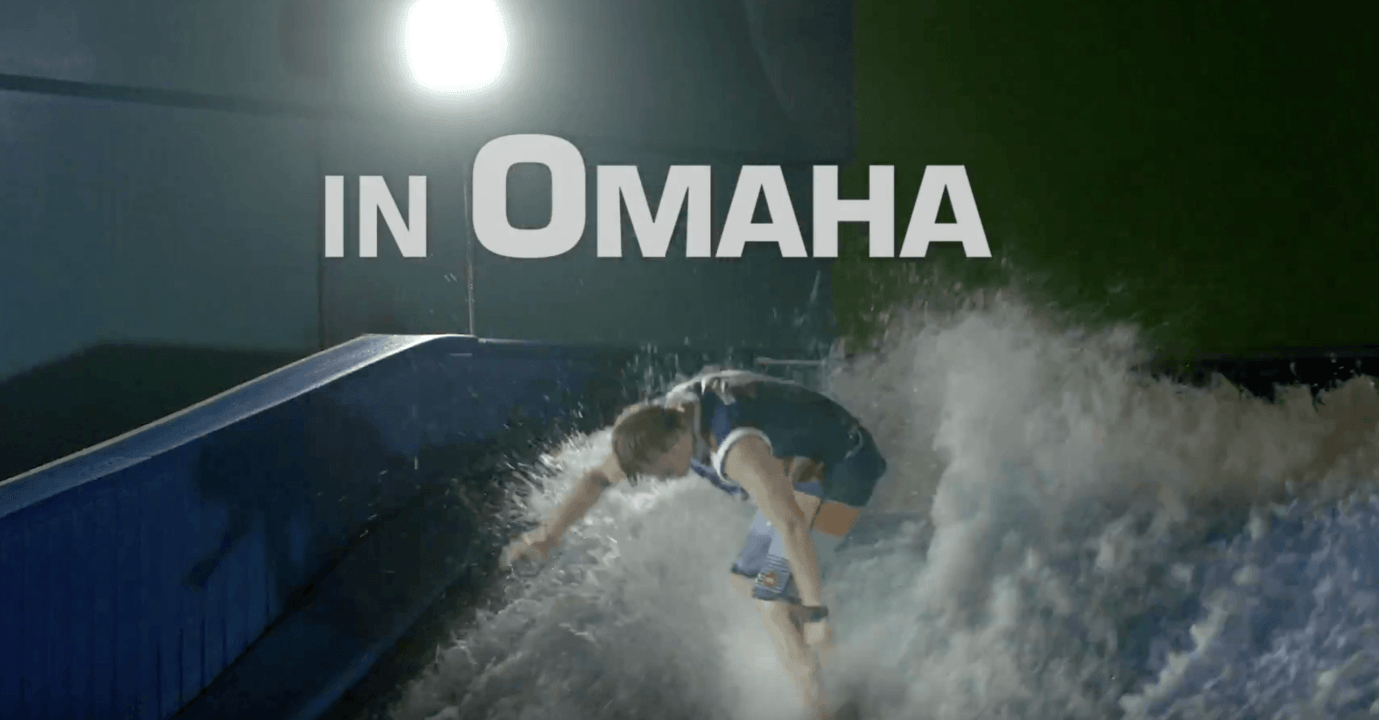 The indoor exhibits, which in 2016 included a "Surf Omaha" indoor surfing experience, will be scaled back for the 2020 Trials. Archive photo via USA Swimming

17-year-old Sara Stotler swam to 2 new Olympic Trials cuts, including earning her first Wave II cut in the 100 butterfly by finishing in 59.58.

Among the highlights of the U.S. Olympic Trials every year is the massive dryland connection space that is the AquaZone. In 2021, however, because of the ongoing global coronavirus pandemic, the concept will be scaled way back and reimagined as the “AquaLounge” instead.

The AquaZone historically has been the interface between the industry of swim and the masses of fans that descend upon Omaha every four years for the Olympic Trials. Featuring demos, interactive booths from swim brands, presentations, and autograph sessions, it’s the tie that takes an 8-day swim meet and turns it into a full-scale swim event.

Instead, this June, the AquaZone will become the AquaLounge. The space will feature a retail store and concession space as well as a ‘lounge’ area.

The AquaLounge will be available at both the Wave I and Wave II Olympic Trials meets.

Elite athlete autographs are going to be much harder to come by at this year’s meet, as protecting potential Olympians from contracting COVID from the general public will be priority number one at the meet. Any positive test at the Olympic Trials or between the Trials and the Olympic Games that start a month later would, most likely, eliminate an athlete from that meet.

But with 50% capacity still planned for the CHI Health Center, Omaha is still going to feel like “Swim City,” especially at the beginning of the meet, before the College World Series begins. That means around 10,000 swim people descended on the city of half-a-million to watch what will be the second-fastest long course meet in the world in 2021.

Is this bragging .. or true facts? “the second-fastest long course meet in the world in 2021.”

After the British and Russian trials, I reckon it’s just a hope

I’m still bitter about the cluster that was the “pre-sale” and only some people receiving the codes. It was a disorganized mess by USAS, Ticketmaster, and the CHI center. Then they jacked up the ticket prices. I hope the parents of the athletes were able to secure tickets.

What are the prices? Are they the same for both Wave I and Wave II?

We got the code ahead of time, and our ticket prices were 10-15% less than we paid originally, for comparable seating locations. ($530 vs $600) No complaints here, though it sounds like not everybody had the same positive experience we did.

Aquazone was so much fun