Vlad Morozov Hints at Focusing on 50, Dropping 100 for Tokyo Olympics 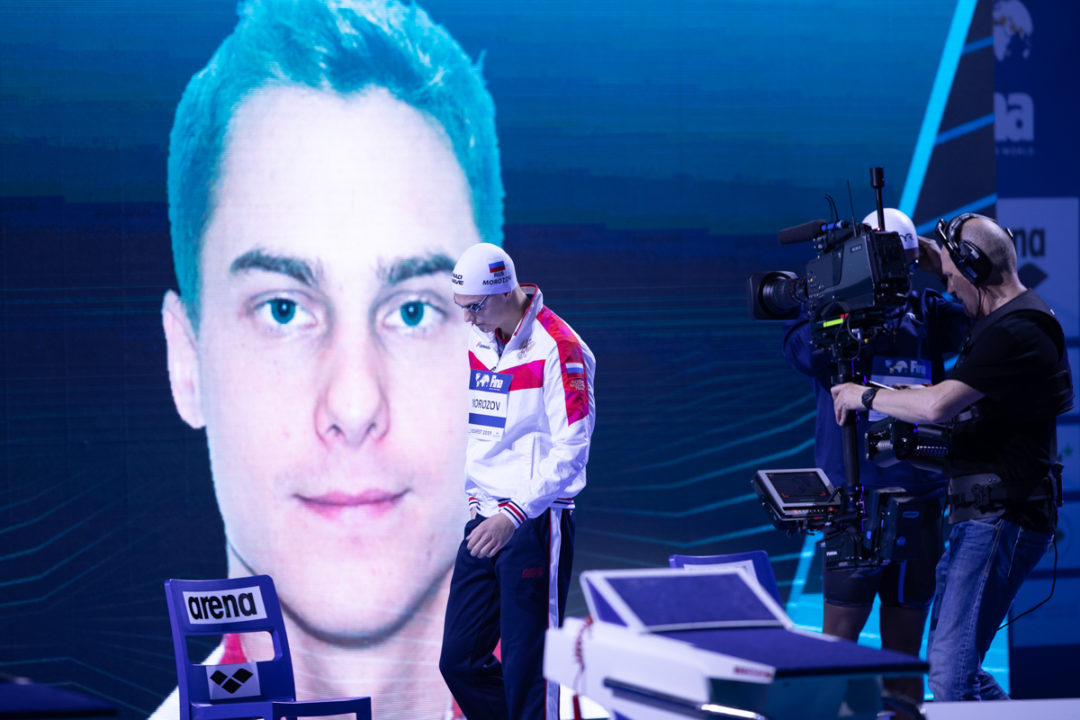 After missing the semi-finals of the men's 100 free for the 2nd-straight World Championship meet, Vlad Morozov pondered his future in the event. Current photo via “Rafael/Domeyko Photography”

Russian star Vlad Morozov hinted at thoughts of dropping the 100 free for the 2020 Olympic Games in Tokyo Japan. In interviews after he missed the semi-finals of the men’s 100 free, swimming 49.09 for 24th-place in prelims, Morozov told the Russian media

He wasn’t even sure what his time was immediately upon finishing.

“(After finishing), then the scoreboard turned off, and the time did not show. I stood, waited about five seconds, until the time was displayed on the scoreboard. This 100 never worked for me, we will prepare for the 50 free. In the relay, the sensations on the hundred were better, and the time was much better, but that race was a final, and I was a second faster, and in the morning all of the sensations are completely different.

Morozov was referring to his relay swims, which have been considerably better than was his flat-start in the 100 free on Wednesday morning. For example, in the men’s 400 free relay final, he split a 47.62 on Russia’s 2nd leg with a .33 reaction time. That’s conservatively the equivalent of a 48.0 from a flat start.

Morozov was not a member of the Russian 400 mixed medley relay, which finished 4th, in spite of being one of the country’s most productive relay swimmers ever: out of his 55 major-meet international medals, 34 have come in relays.

As the sport moves further-and-further into a world of hyper-specialization  (Caeleb Dressel is the only swimmer at the last 4 World Championships to even medal at the same meet in both the 50 and 100 free), Morozov, who was extremely versatile in college (and continues to be on the international circuit) is being pushed to choose between even the 50 and 100 free. Heshould still be a contender in the 50 free that begins on Friday morning – even though he’s a lower seed in that race (5th) than he was in the 100 free (4th). Morozov finished just 24th in the 100 free at the 2017 World Championships as well before later going on to finish 4th in the 50, so his fortunes in the two races have not necessarily been linked.

After his prelim swim I thought he already had.

Dressel basically retired him from the 100.