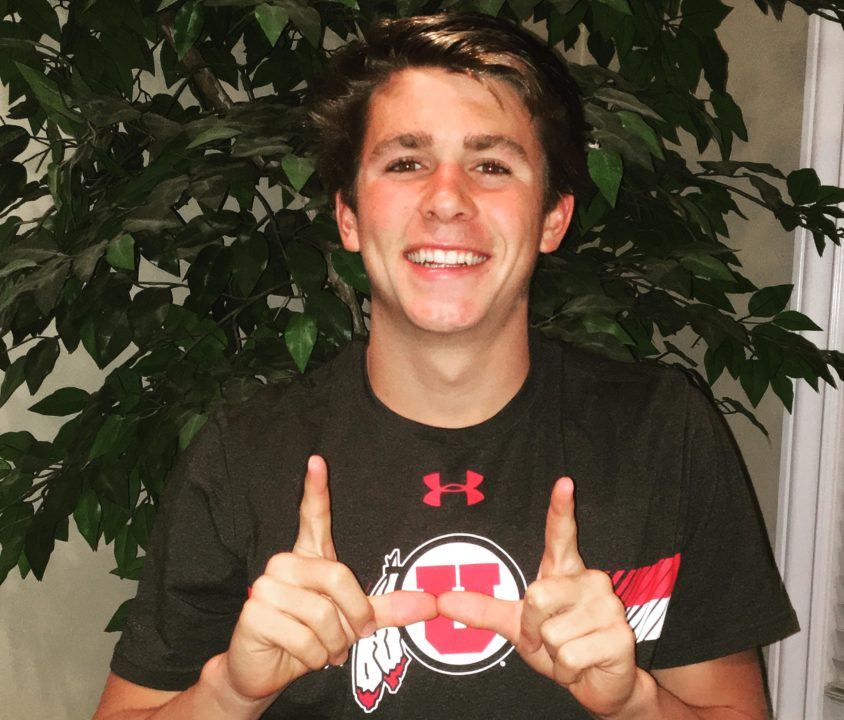 Utah’s men hosted Colorado Mesa for a dual meet on Thursday, October 11th. The Utes won every event, exhibitioning (not for points) all but their fastest performer in each event.

Utah’s premiere sprinter, sophomore Rodolfo Moreira, put up some solid times in the sprint freestyle events. He first anchored the 200 medley relay in 19.72, capping off a 1:30.30 victory for the Utah team, which also included Daniel McArthur, Andrew Britton, and Colten Montgomery. Moreira then swam the 50 free as his only individual event, touching first by nearly a second with a 20.61. He then led off the 400 free relay with a 45.16, marking the fastest split in the field, and a time which would have won the 100 individually.

Utah freshman Andrew Britton posted a pair of quick breaststroke times. First, in the 200 medley relay, Britton split a 24.99, marking the fastest split in the field. Britton then ran away with the 100 breast, finishing a full 2 seconds ahead of the field, with a final time of 56.50. Britton boasts a personal best of 54.32, which he swam in May of this year.

SALT LAKE CITY – In its home opener, Utah Men’s Swimming won every event and picked up the first win of the season, defeating Colorado Mesa, 111-81.

“This was designed as something to test our swimmers”, Head Coach Joe Dykstra said. “Today was about attitude, effort, and execution. I was proud of the way we swam today.”

The Utes dominated from the start, winning the 200 medley relay in 1:30.30 behind the swims of Daniel McArthur, Andrew Britton, Colten Montgomery and Rodolfo Moreira. Britton, Moreira and Montgomery also rolled to wins in individual events.

Moreira and McArthur jumped back into the pool for another relay, teaming with Austin Phillips and Fernando Cervantesto win the 400 free relay in 3:04.83. Phillips would also go on to capture the 200 free in 1:41.81

Utah is back in action on Friday, November 2 at UNLV.

SALT LAKE CITY, UTAH— Matthew Barrett, Justin Fell and Torsten Rau each recorded a pair of runner-up finishes to lead the Colorado Mesa University men’s swimming squad in a Thursday afternoon dual at Division I Utah in the Ute Natatorium.  Morgan Bean, Eric Berg and Lane Austin also tallied second place finishes as the Mavericks held their own before eventually succumbing to the Utes, 111-81 in the 11-event, swimming-only format.

The Mavericks will have a short turn around taking on another Division I opponent in BYU on Friday in Provo.  That dual is slated for a 3 p.m. start.