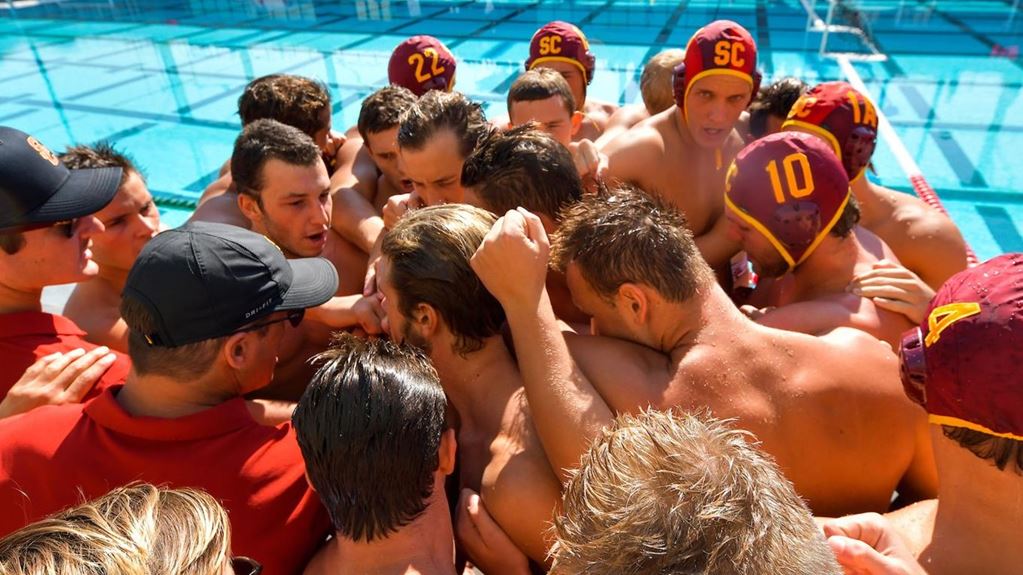 USC Athletics has announced a ‘pause’ in workouts for its men’s water polo and football teams as a result of clusters of positive COVID-19 tests within the program.

The pause, announced Wednesday, is in effect until “at least Monday.”

Between the two programs, 8 student-athletes tested positive during the school’s regular testing program. USC says that contract tracing makes it “clear” that the virus was contracted off campus rather than on campus via training activities.

From the USC Press Release:

All eight student-athletes have been isolated. It is clear from contact tracing that the virus was contracted off campus as a result of increased community spread and not via any on-campus or training activities. Per current Pac-12 Conference and public health guidelines, all USC workouts are outdoors and non-contact. The risk of exposure by any coaches, staff, and other student-athletes is very low. Student-athletes in football and men’s water polo will undergo another round of COVID-19 testing this week.

During testing of USC athletes between July 18 and August 21, there was just 1 positive result among 654 tests conducted on student-athletes participating in on-campus workouts in the Phase 1, 2 and 3 sports of football, men’s water polo, women’s soccer, women’s volleyball and men’s and women’s basketball, including no positive results the past three weeks.

Neither USC men’s water polo nor football is currently anticipating competition during the fall season.

Last season, the USC men finished with a 15-6 record. The team advanced to the NCAA National Championship match where they lost to rivals Stanford 15-14 in sudden death overtime. USC beat Stanford 9-8 in their only prior matchup last season.

Last season was USC’s first full season with Marko Pintaric as head coach of both the men’s and women’s teams after Jovan Vavic was arrested for his part in the College Admissions Scandal.