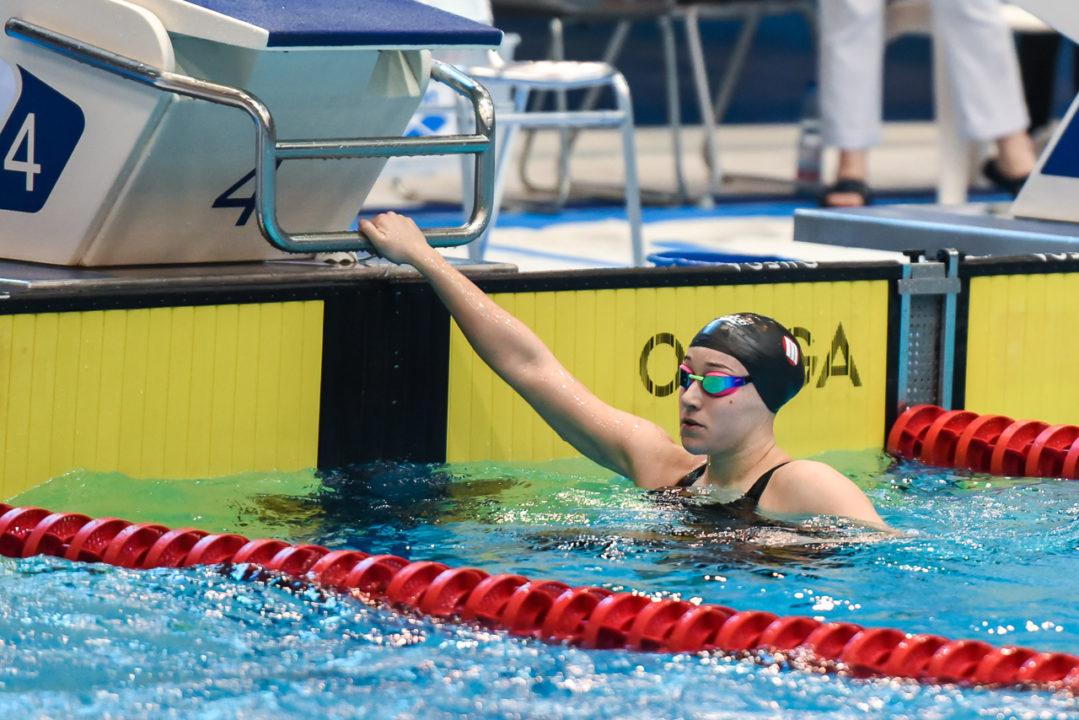 This week British backstroking ace Jessica Fullalove made the decision to hang up her goggles and retire from competitive swimming. Archive photo via Peter Sukenik/www.petersukenik.com

This week British backstroking ace Jessica Fullalove made the decision to hang up her goggles and retire from competitive swimming.

“Swimming has been such an important part of my life for so many years, it’s taken me all over the world and i’ve met some amazing people along the way, but i have decided that it’s time to start the next chapter of my life,” read the 24-year-old’s social media post dated July 26th.

“I look back on my swimming journey and am proud of what i have achieved and am greatful for the help and support i have received from my coaches along the way @johnwroe19, when i first started out at Oldham Aquatics. Mark Rose (@karen_mcnally_rose) who made me into a successful junior athlete and of course David McNulty who managed to help me transition into a senior athlete and all the support staff from @britishswimming and Bath NC.”

Fullalove made her first elite international junior squad for Great Britain competing at the 2013 FINA World Junior Swimming Championships. There in Dubai, Fullalove captured individual bronze in the 100m back and also helped the British squad earn silver on the women’s medley relay.

The following year, Fullalove snagged a spot on Great Britain’s Summer Youth Olympic Games roster. The Manchester native brought home backstroke silver in both the 50m and 100m individual events, while once again helping the nation snag a runner-up finish. in the medley relay.

Fullalove’s statement wraps up with appreciation from her teammates and coaches.

“I would like to thank my team mates from @wearecomast and Bath NC for being there when i needed you the most during those hard times and celebrating the good times. I would like to also shout out to @rodfullalove & my mum because without you i would not have been able to achieve half the things i have achieved, you made me believe that anything was possible and i am so thankful for the opportunities you gave me. I am excited to see what is to come.

Great Britain will look to both its veterans, as well as its rising stars to fill this backstroke void less than a year out from the next Summer Olympic Games.

Georgia Davies is a racing mainstay in the 100m back and only missed out on the event’s final last year in Gwangju by under .20. Plus, Katherine Dawson of Scotland is coming back to form, having posted the 2nd fastest time of her career in March.

The 200m back’s picture is slightly fuzzier, with the likes of Chloe Golding, Kat Greenslade, Honey Osrin and Katie Shanahan all capable of putting their hat in the ring for Olympic qualification.

16-year-old Shanahan took 200m back gold at the 2019 European Youth Olympic Festival, one of three individual golds in Baku for her. Osrin bagged silver at last year’s European Junior Championships to also introduce herself to the world.