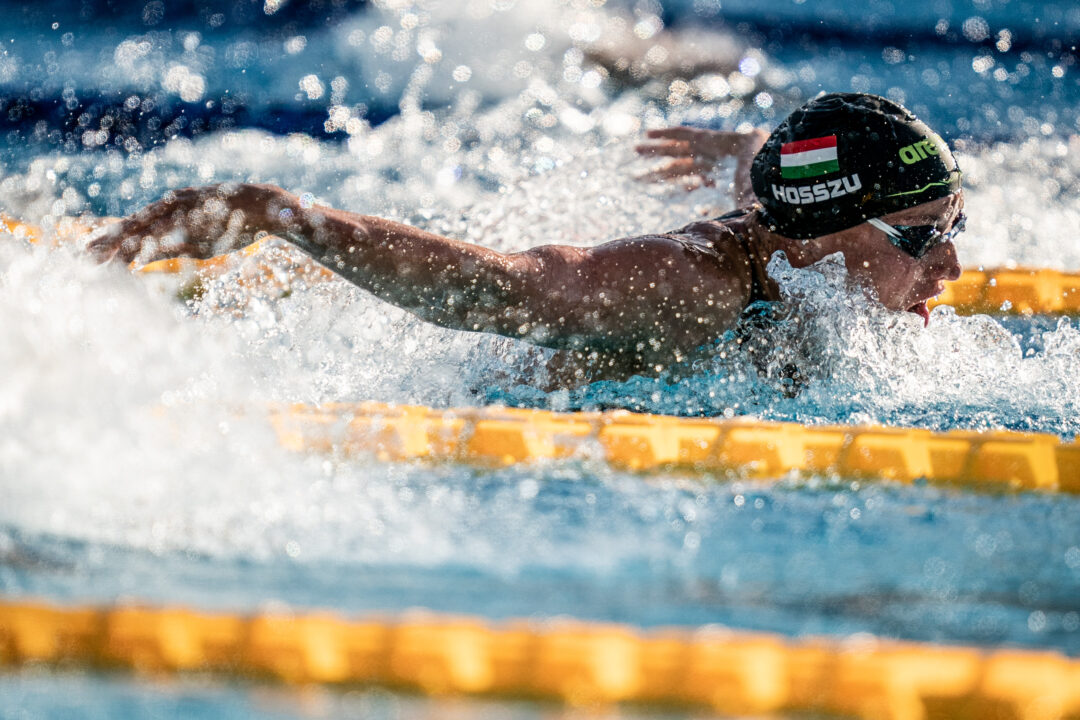 Katinka Hosszu is one of 16 current and former Trojans swimming at the 2020 Tokyo Olympics. Stanford and Cal are sending the 2nd and 3rd most athletes. Archive photo via Mine Kasapoglu

The University of Southern California is sending a record number of 63 athletes to compete in the 2020 Tokyo Olympics, more than any other U.S. University, according to NBC.

Out of the 63 Trojans competing in Tokyo, 16 are swimmers. The majority of their Olympic swimmers are international including Hungary’s Katinka Hosszu, Italy’s Santo Condorelli, Sweden’s Louise Hansson, and the Russian Olympic Committee’s Vlad Morozov. Open water and long-distance freestyler Haley Anderson is sole Trojan swimmer representing the United States.

Stanford is sending the second most number of athletes to Tokyo at 51, including 10 swimmers.

The University with the 3rd most athletes in Tokyo is also a Pac-12 team in California: the University of California Berkeley with 46 athletes. Among their Tokyo competitors are 10 swimmers.

In 2016, Stanford came home with the most Olympic medals among American universities. They totaled 26 medals, including relay medals, and 14 came from swimming. Cal won 22 total medals and USC won 21 medals.

A little off-topic and as if there’s not enough to talk about during the Tokyo Olympics. But back home there’s a swirl of rumors about “Conference Re-Alignment” with various combinations of existing Division 1 conferences and schools all in pursuit of revenue from TV viewing deals. The latest: Pac-12 and Big 12 to merge. That would definitely be a super swimmng conference. Also Texas and Oklahoma to the SEC; Texas A&M and Missouri have already bolted from the old Big-12 to the SEC. USC independent or current Big-10. The rumors and options are without limit.

Keep plenty of popcorn handy for the upcoming Olympic competition and and drama going on back home with the Division 1 Conferences! Who said… Read more »

Of course she hasn’t.
Stop it! Just stop it. Stop giving credit to schools for athletes who have yet to swim a single practice on campus. Stanford is the worst at taking credit for these athletes. Just check their social media. No Huske. No Smith.

USC has 16 swimmers from 15 countries which shows the dependency USC recruiting has on international athletes. I would prefer a more balanced roster of USA and international elite athletes but that would mean USC would have to make more headway in landing top 20 and USA Junior athletes.
It’s a challenge with the Team USA Olympic Swimming Men’s Head Coach from Cal and the Women’s Head Coach from Stanford and with coaching legend Bob Bowman at Arizona State.
Quite a contribution of the California Pac-12 schools to the overall Aquatics rosters at the Olympics. The Water Polo rosters not just for Team USA but others are loaded with current or former players from USC, Stanford, Cal and UCLA.

Unfortunately, until Jeremy Kipp is removed as head coach, no top US swimmers are going near USC. The dumpster fire continues to rage while he’s still allowed on deck. Shame on USC for not immediately removing him months ago when they should have.

I think Cal should also have Bjorn Seeliger and Robin Hanson.

Facts, how are you guys gonna leave out 7 Bears who swam atleast a couple seasons on the team, but include regan and torri, who both have never swam a practice on the Stanford team?