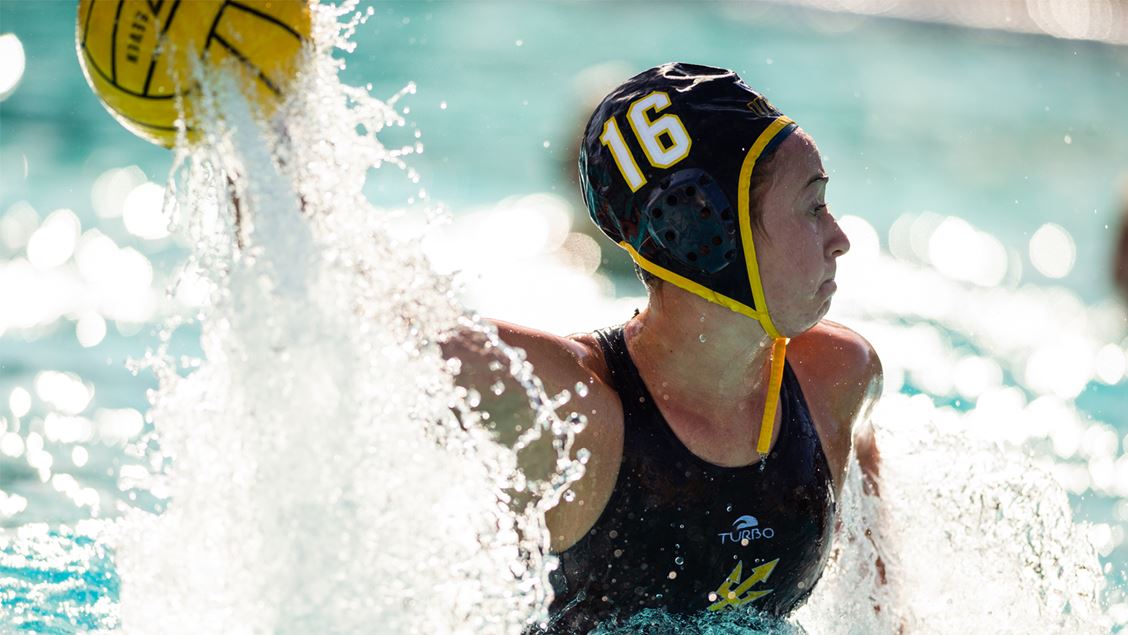 USC, which will play its first match of the season on Saturday, is holding down the #1 position after leading the preseason poll. Stanford went 2-0, downing San Jose State 13-5 and Sonoma State 18-6 on Saturday.

UC Irvine moved up two spots from #5 to #3 after besting #4 Cal 12-7 and #7 Michigan 14-9 on Saturday at the UC Santa Barbara Winter Invite. The Anteaters’ win over Cal, which saw five players notch two goals apiece, was the program’s first since 2005. Elena Flynn and Tara Prentice paced UCI with four goals each against the Wolverines.

Hawaii climbed from #6 to #4 with a 3-0 effort at their home Hawaii Invite. The Rainbow Wahine topped #12 Loyola Marymount 21-5 and #14 Fresno State 15-5 on Saturday and #23 Marist 22-8 on Sunday. Alba Bonamusa Boix put in 10 goals over the three wins, with five against Marist, four vs. LMU and one against Fresno State.

UCLA rounds out the top five, falling three spots from #2 despite going 3-1 on the weekend. The Bruins started the weekend with a 16-6 win over #22 Cal State Northridge, but fell to host #11 UC Santa Barbara 9-8 to close out Friday.  UCLA rebounded with three straight wins, topping #13 UC San Diego 8-6 and Iona 16-4 on Saturday and Ottawa (Ariz.) 14-2 on Sunday. Abbi Hill paced the Bruins with nine goals.

Loyola Marymount fell four spots from #12 to #16 after going 1-2 at the Hawaii Invite. The Lions dropped their opener against the Rainbow Wahine 21-5, but bounced back with a 14-8 win over #23 Marist. #14 Fresno State handed LMU an 8-6 loss on Sunday.

Brown, Santa Clara and Pomona Pitzer each received votes for the first time in 2020. Brown and Pomona-Pitzer did not play on Week 1.

Santa Clara, meanwhile, split contests at the UC Davis Tournament on Sunday. The Broncos beat Fresno Pacific 13-7, before falling to the host Aggies 11-4.