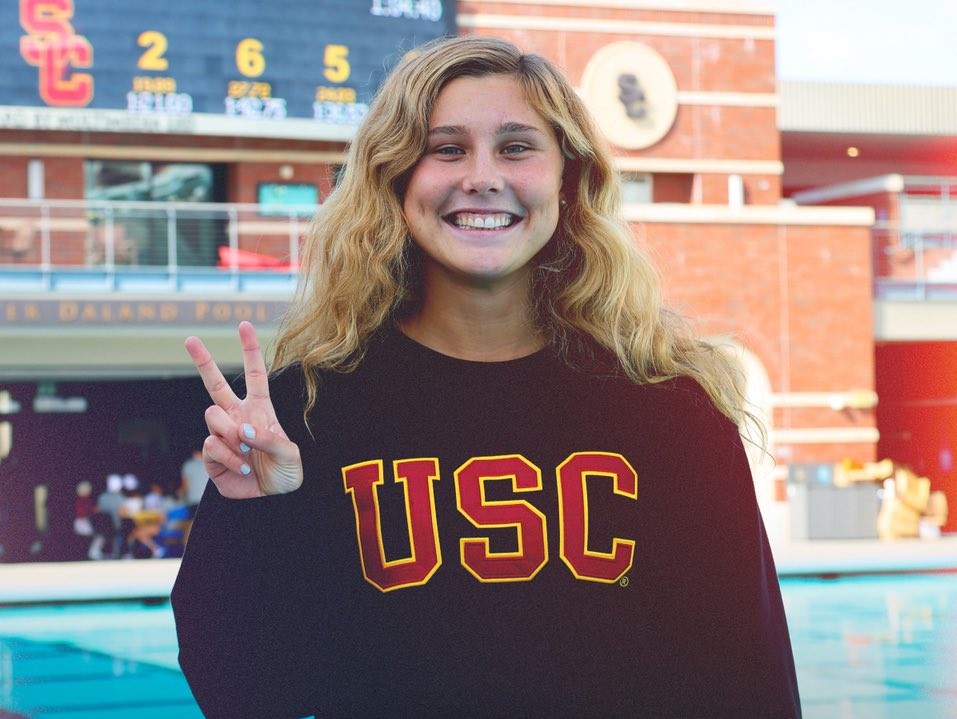 Brakebill will bring impressive sprint freestyle times to USC when she arrives in Los Angeles, California in the fall of 2022.

Sydney Brakebill has announced that she will be traveling down the California coast next fall, opting to swim at the University of Southern California. Brakebill is from San Francisco, California, where she swims with North Bay Aquatics while attending Marin Catholic High School.

A sprint-free specialist, Brakebill excels in the 50 free. She qualified for the A-final of the event at the Futures Championship in Santa Clarita, ultimately finishing 5th after qualifying first out of prelims. In finals, she touched in 26.58, just over a tenth faster than she was during prelims. Racing the event in the short course pool, she claimed fourth at the Sectionals meet in St. George. At that meet, she again qualified first in prelims, finishing in 23.32. She was slightly slower in finals, as she narrowly missed the podium, taking 4th in 23.48.

USC is very deep in sprint events, with 7 different women having dipped below 23.0 already this season in the 50 and 9 touching in a time faster than 51.0 in the 100. In the 50 this season, the team’s best performance is from sophomore Kaitlyn Dobler, the defending NCAA silver medalist in the 100 breast. In the 100 free, Laticia Transom is the team’s best performer so far this season. Her time of 47.76 makes her the fourth fastest in the NCAA this season in the race.

USC has been on the rise over the last year and a half since the hiring of head coach Jeremy Kipp. Despite the time improvements, Kipp has been at the heart of numerous investigations into his the team and his behavior on deck. After a situation involving the kicking of a water bottle occurred last spring, Kipp was placed on administrative leave again this fall due to an undisclosed incident.

Brakebill will join an impressive freshman class at USC next fall that is highlighted by Justina Kozan, one of the top-ranked recruits in the class. The class also includes Ashley McMillan, Ella Flowers, and Nisha Kijkanakorn.

Last season, the Trojan women finished 4th out of 7 teams at the 2021 Pac-12 Women’s Swimming and Diving Championships.