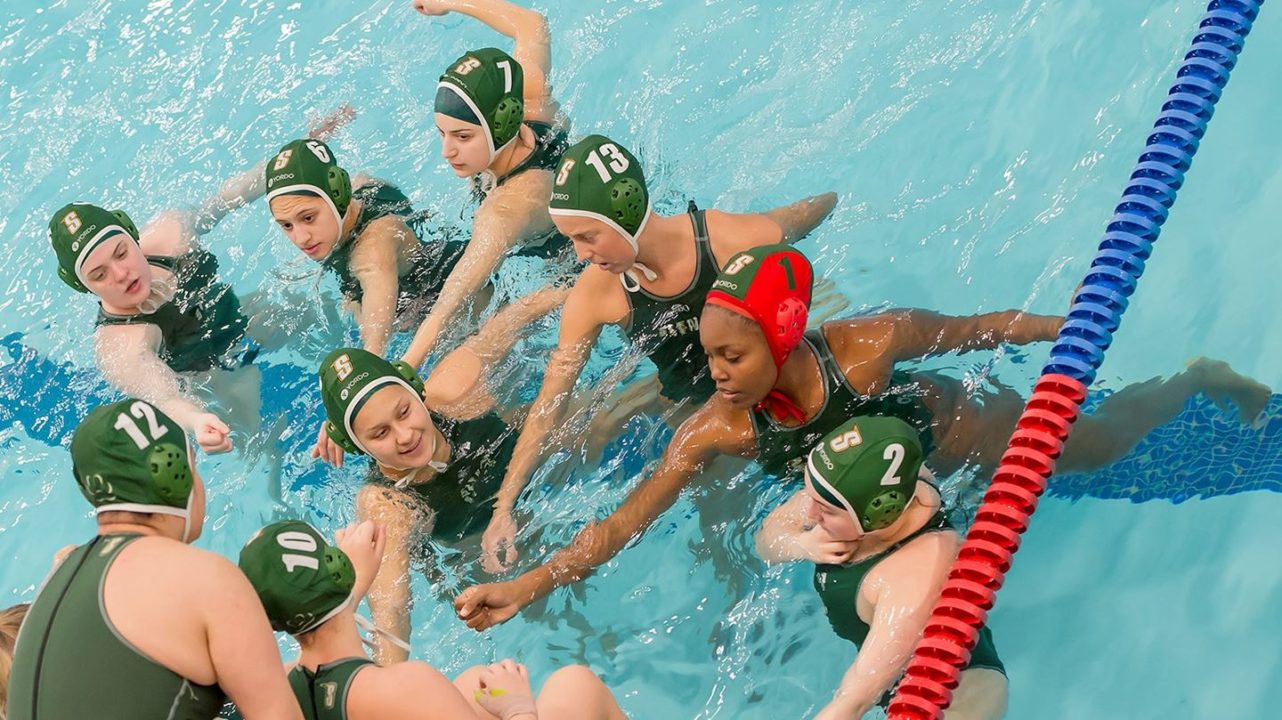 Siena WP Head Coach Alex Williams announced the team’s 2022 schedule, which includes a return to a full slate of action for the first time in three seasons. Archive photo via Siena Athletics

The UC Santa Barbara women’s water polo team set a new program record with 15 of its members being named to the ACWPC Spring 2022 Women’s All-Academic Team.

LOUDONVILLE, NY – Siena Water Polo Head Coach Alex Williams announced the team’s 2022 schedule, which includes a return to a full slate of action for the first time in three seasons. Siena will embark on its 21st season of action with 30 matches on tap, including four non-conference tournaments that will take the team across the country.

“After two straight partial seasons, we are excited to deliver our student athletes a full, 30-game regular season schedule that includes our program’s first trip to California since 2019,” Williams said. “The players have sacrificed and endured so much of the past two years. Assistant Coach Jacob Castro and I are grateful to have the opportunity to travel the country with this amazing team.”

The Green and Gold will begin its 2022 slate with a trip east to the Bruno Classic February 5 & 6, with matches against Harvard and California Baptist to take place in Cambridge, Massachusetts, and contests versus Saint Francis (PA) and Brown to take place in Providence, Rhode Island. The team will head west to Erie, Pennsylvania two weeks later to face regional foes Gannon, McKendree, Mercyhurst, and Salem at the Mercyhurst Invitational February 19-20.

Following a day trip to Poughkeepsie, New York to take on Villanova and Salem at the Courtney Fisher Invitational on February 26, the Saints will head to the prestigious Claremont Convergence in Claremont, California March 4 & 5. The trip includes duels against West Coast foes Claremont-Mudd-Scripps, Whittier, Cal State Monterey Bay, and first-time foe Azusa Pacific.

Siena will return to playing each conference opponent twice during the season, with MAAC weekend play beginning on March 19 at Marist and continuing in the team’s home openers on March 20 at 11:30 AM against St. Francis Brooklyn and at 5 PM against LIU. The team will conclude March action the following weekend with contests at Iona and Wagner on March 26 and at home against La Salle at 9 AM and Villanova at 4 PM on March 27.

The Green and Gold will begin April action by capping a four-match home stand against MAAC foes VMI at 10 AM and Wagner at 1:30 PM on April 2, before heading to the Philadelphia area to face Villanova and La Salle on April 3. Siena will spend the following weekend in Lexington, Virginia against St. Francis Brooklyn and VMI on April 9 and LIU on April 10, before closing out regular season action at home against Marist on April 15 at 7 PM and versus Iona on April 16 at 3 PM.

The top four regular season finishers in the MAAC will take part in the 2022 MAAC Championships, which will be held in Poughkeepsie April 23-24. Siena will aim for its first postseason appearance since 2010.

Under the direction of Williams for a third season, Siena will look to build on an abbreviated 2021 campaign which featured the program’s first victory over a ranked opponent (#25 Iona) in program history. Siena returns eight contributors from last year, including the team’s top three scorers and Second Team All-MAAC selections Bianca Prinsloo & Anna Mossakowski.