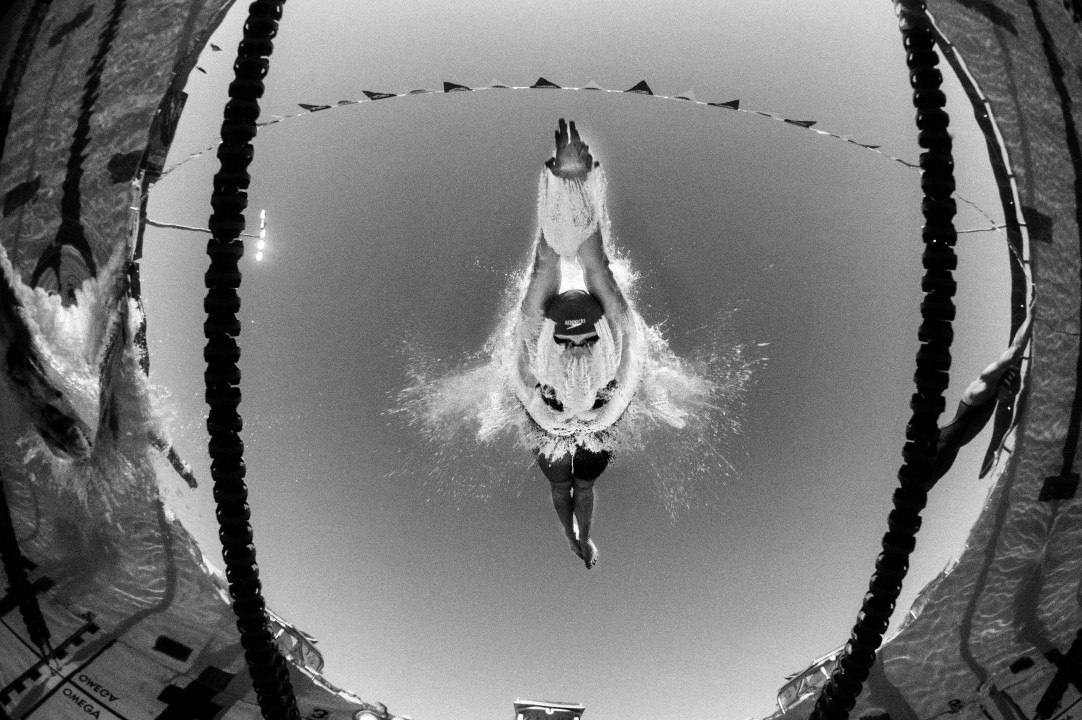 LOS ANGELES (July 20, 2015) – Universal Sports Network and NBC will air more than 48 hours of premier pool action from the 2015 FINA World Aquatic Championships in Kazan, Russia, from Saturday, July 25, through Sunday, August 9. More than 2,400 athletes representing 190 countries will compete in a record 75 medal events in the world championships for diving, swimming, synchronized swimming and water polo.

Universal Sports kicks off coverage on Saturday, July 25, at 6 p.m. ET with the mixed synchronized 10M platform diving finals, followed by the synchronized swimming solo technical competition at 10 p.m. ET. The first day of water polo group play takes place on Sunday, July 26, at 6 p.m. ET, when the USA women, fresh off of their gold medal win at the Pan Am Games, take on Brazil.

This year’s World Aquatics Championships will feature world-class competition including:

Synchronized Swimming: For the first time in the history of the FINA World Championships, males and females will compete together in synchronized swimming. In the inaugural mixed duet competition, USA Synchro will be represented by Hall of Famer Bill May, who was previously barred from competing at international events because of his gender, and OlympiansChristina Jones and Kristina Lum Underwood. May and Jones will compete in the technical routine while Underwood will compete with May in the free routine.

Water Polo (Women): On the heels of their fourth straight gold medal win at the 2015 Pan Am Games, the U.S. women’s water polo team is looking for an unprecedented fourth FINA World Championship. The No. 1 world-ranked team and reigning Olympic champions are led by veterans Maggie Steffens, Courtney Mathewson and Ashleigh Johnson.

Water Polo (Men): Following their gold medal win at this year’s Pan Am Games, the U.S. men’s water polo team will face stiff competition at FINA Worlds from Greece, Italy and host country Russia in pool play. With their win over Canada in the Pan Am semi-finals, the Team USA clinched a spot at the Rio Olympic Games behind the play of rising stars such as Luca Cupido and veterans Tony Azevedo and Merrill Moses.

All times ET – Schedule subject to change – All coverage is Same Day Delay except where noted.

And yet again, the swimming coverage sucks. Seriously, how many people actually have Universal Sports Network?

I do not have cable or satellite, so looks like the only way for me watch the swimming is to watch it via extra-legal methods, which I don’t like.

Well, I’ll be able to stream on NBC for the swimming on the 2nd, 8th, and 9th. Good thing I don’t care about anything being swum during that week, huh?

Not pleased with NBC’s monopoly since it effectively shuts out a substantial segment of American swim fans both cable subscribers and non-subscribers who’d otherwise gladly pay for access. NBC’s old-fashioned adherence to the time-delayed “tell a story” format for their TV broadcasts is also rather outdated and frankly extremely irritating!

btw anyone know if the morning heats will be live streamed at all? Doesn’t look like NBC nor Universal Sports will broadcast prelims sessions from the looks of things…

Sling.com has both Universal Sports and beIn (carries swimming World Cup and track & field Diamond League) as part of their sports package. 7 day free trial that you can time/start to get most of the pool swimming coverage, $20 a month after that.

No more excuses about having no choice but to use a foreign feed over lack of availability of a legal option.

Well people paid $100 for the mayweather debacle so it seems to me like $20 for a week of world swimming coverage is awesome deal. I have it on DISH and I set it up to record the swiimming on the Arena series and it now records ALL the swimming events so its kinda idiot proof for me of course I am going to have to fight the urge to view the spoilers while at work.

I feel your pain. I live in an area where I can’t get cable, and usually this kind of livestreaming requires you to have a cable subscription. I understand that there are big time economics involved with the TV deals, but it is still frustrating. For some meets, like the Grand Prix, we can get full livestreams and later can get videos, but when Universal Sports has the rights, we are cut off. Universal Sports evidently still hasn’t released rights from last summer’s Pan Pacs, so while we can see a full Grand Prix race on video, we still can’t see more than four minutes of Katie Ledecky’s 1500 free! Oops, yeah, I guess I’m still bitter about last summer… Read more »

How can I access archive universal sport and nbc coverage for Beijing Olympics? Have been searching for the full length women 400m individual medley final, youtube has the short race videos which don’t compare to the full length ones

Does anyone know if the BBC will be broadcasting live? I had to watch the BBC stream for the 2012 Olympics when NBC pretended to have technical difficulties. It was pretty good quality. Hopefully they will be live for world champs.

BBC will be showing it live.

Why can’t Universalsports just allow swimming fans to pay to watch swimming events if they do not have this channel provided by their cable company?! I don’t think that’s too much to ask!

google is your friend..but I don’t know if this is still current:

DISH Network offers Universal Sports to subscribers, but fans who refuse to switch cable or satellite providers or who prefer to watch the races online can now subscribe to DishWorld’s “Just Sports TV” package at $10 per month. The service provides online access on computers as well as select tablets and mobile devices to the races aired over Universal Sports, and they can be watched anytime up to eight days following the event. Anyone who subscribes to Universal Sports through any television provider also receives a code to log in at Universalsports.com to view the races online as well.

Two years ago it was BRUTAL knowing that certain parts of the globe were watching the competitions live while the rest of us had to stay glued to SwimSwam to get the live reports from SS postings. This sucks. This really sucks. I will definitely use Beachmouse’s suggestion and information and hope it works.

Any word on a live stream of the open water events? Especially the 10k since Olympic spots are up for grabs….

Dear American swim fans, I again feel bad for you. Like 2 years ago. Like 4 years ago. Like 6 years ago. Like 8 years ago….
Here in France, and I think it’s the same for most of European countries, prelims and finals are live on Eurosport on cable or satellite. And in my country prelims and finals are also live on France Télévision, the national public service channels. FREE of course. And this year they have hired Laure Manaudou and Philippe Lucas as consultants. It’s gonna be funny.
It can be useful the public service. 😉

Thanks, Bobo! We know that you are sincere. 🙂 I would like to ask that you post live results as they happen. I remember you did this two years ago. It certainly helped the American fans to find out the results without exploding from frustration! LOL

Lane Four. Sorry but ask that someone else.
I wasn’t here 2 years ago..
I watch these big meets in front of the TV very quietly. Not the time to post a comment live on swimswam. I want to be fully focused on the show.
I’m back after prelims and finals to give my thoughts.

In that case, whoever it was that was giving the live results as it happened, thank you very much and please do it again. 🙂 🙂 🙂 🙂

If you can’t watch, at least you can play and make some predictions.
I’m waiting for your final predictions.
Your winner in each race?

I’m not confident at all but let’s try.

Thoughts on having Cseh upset LeClos in 200fly? I’m giving it a hard consideration