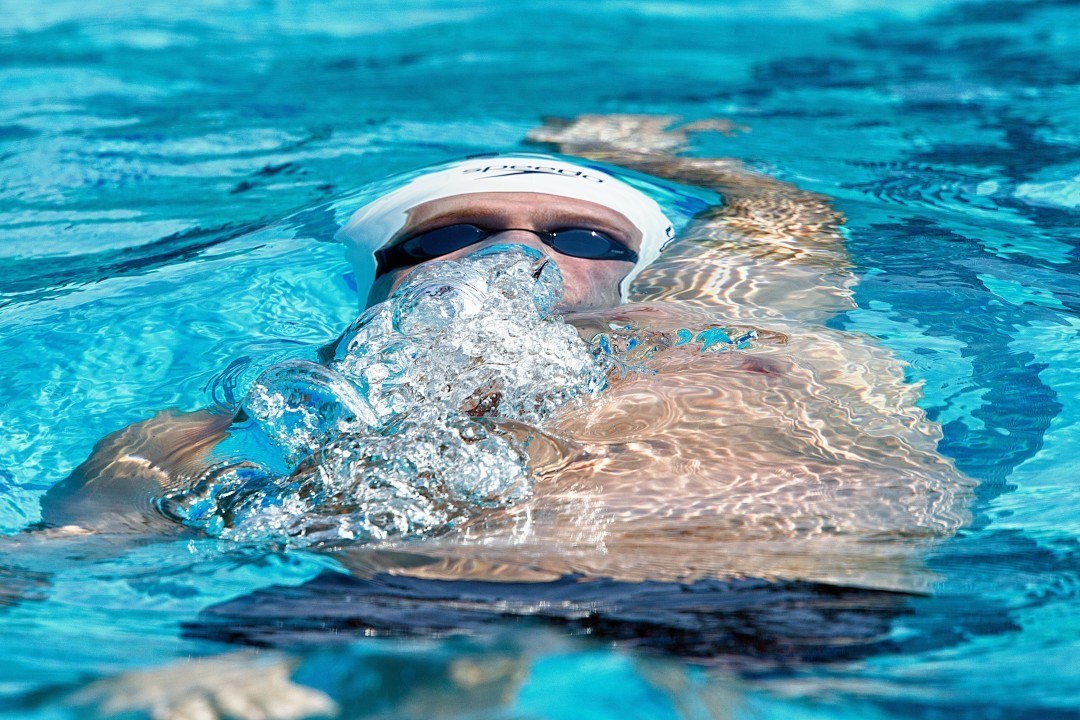 Cornel Marculescu told us today that the FINA's Technical Swimming Committee will provide an official interpretation to the rule that will be submitted to the next FINA Bureau meeting in the beginning of November 2015. Current photo via Tim Binning/TheSwimPictures.com

Ryan Lochte took a risk at the 2015 FINA World Championships in Kazan, Russia and kicked out on his back to the 15 meter mark before rolling onto his stomach to complete the freestyle leg, and wasn’t disqualified. In a post-race interview in Kazan, he said he hadn’t heard of a rule prohibiting underwater kicking on one’s back, but also predicted that the rule would be changed in the future.

Turns out, Lochte was right. Germany’s SwimSportNews reported four days ago that FINA has clarified its IM rule, noting that Lochte’s technique will be considered illegal and disqualified in any future IM races.

FINA’s executive director Cornel Marculescu told us today that the FINA’s Technical Swimming Committee will provide an official interpretation to the rule that will be submitted to the next FINA Bureau meeting in the beginning of November 2015.

The rationale behind the rule change is that “backstroke” is defined by a swimmer traveling lying on his or her back. So in underwater kicking on his back, Lochte is technically swimming backstroke for the first 15 meters of his freestyle lenths. In a 200 or 400 IM, the freestyle leg by rule cannot be backstroke, breaststroke, or butterfly. In a “freestyle only” race, however, any stroke is legal. Lochte’s new technique will still be allowed in freestyle races.

Ryan Lochte first started using this new technique at the 2015 Athens Sectional meet. Since then, he has been very successful with it both in the medley and freestyle events.

This rule is going to be thrown out or swimmers are going to be taught to push off on their back and kick on their side for speed. Though the quick transition to their side may become difficult to adjust to for depth, it may become a plus for their breakout stroke.

A big question for me is will this force flipturn technique to change in the 400 IM? During the flipturn (I’m referring to the freestyle flipturn in the 400 IM), it is natural to come off the wall flat on your back and rotate to your stomach. Some swimmers rotate very quickly, others (like me, and how I’ve taught all the swimmers I’ve coached) take a handful of dolphin kicks to fully rotate, and then you have Lochte at the extreme end of the spectrum.

From the 2015 USA Swimming Rulebook:

“101.5 FREESTYLE .2 Stroke — In an event designated freestyle, the swimmer may swim any style, except that in a medley relay or an individual medley event, freestyle means any style other than butterfly, breaststroke or backstroke…”

So FINA is interpreting the “backstroke-style” under being backstroke:

“101.4 BACKSTROKE .2 Stroke – The swimmer shall push off on his back and continue swimming on the back throughout the race…”

Therefore the infraction is of 101.5.2. Remember, backstroke is the only stroke where swimming on your back (past vertical toward, etc) is mandatory. As an official I’ve often advised new officials to think of backstroke as “freestyle on the back.” Being on the back is the… Read more »

FINA keeps holding us back. They have been upset about the Berkoff Blast off for close to 25 years.

Correct me if I’m wrong, but my understanding is that the restriction against kicking underwater on your back only applies to the freestyle leg of the IM, not to freestyle races in general, because each part of the IM is supposed to be a different stroke. However, I still don’t think it makes any sense because whether you push off on your front or back and do dolphin kicks you are repeating what you’ve done earlier in the IM race (on front = butterfly; on back = backstroke), so what difference does it make as long as you turn onto your front before breaking the water surface?

Can’t wait for their interpretation. I’m expecting something pure genius.

When I read the name I laughed my head off!

What’s the point if this rule, and I mean the rule that freestyle isn’t freestyle. The limit on dolphin kicks made since people were going 40 meters under water and it was starting to rmtake away from the fact that swimming was swimming. But their no reason to not let people do what they want in freestyle.