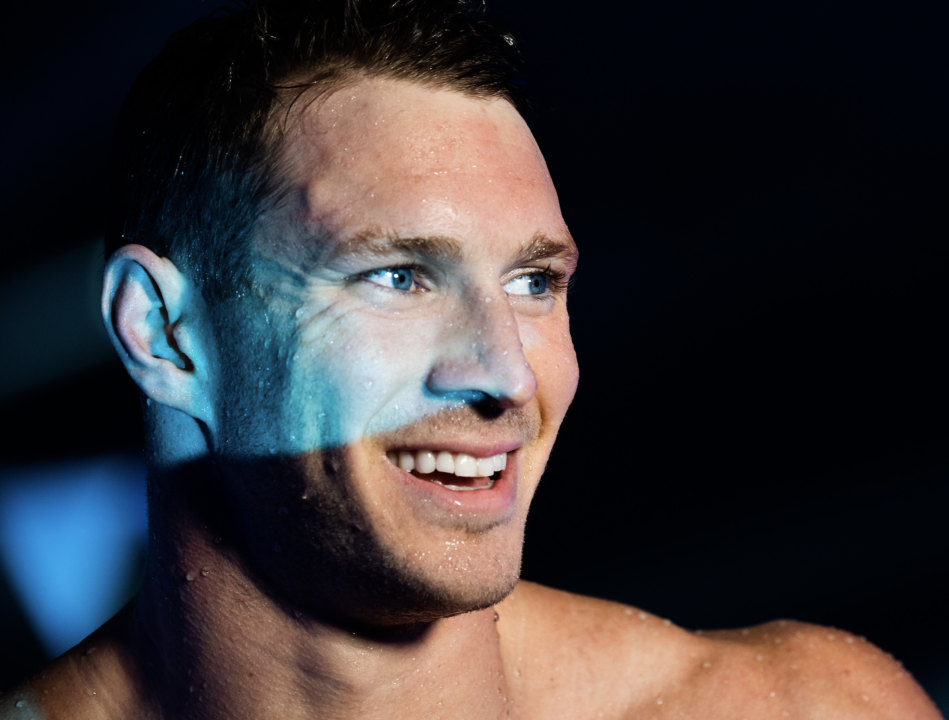 It's been a lucrative month for LA Current swimmer Ryan Murphy, so far the only two-time skins event winner in the ISL's second season. Current photo via Mine Kasapoglu for ISL

Liam Custer swam 12 events at the SYS Summer Social Distance meet, hitting career-bests in all 12 and surging from an unranked recruit to arguably #1 overall.

On this date in history, Michael Phelps set two IM world records – five years apart. The swims were one day before his 18th and 23rd birthdays.

It’s been a lucrative month for Ryan Murphy, so far the only two-time skins event winner in the ISL.

The LA Current backstroker has won the skins twice in two meets, rocketing him to the top of the season’s MVP scoring and the ISL prize money lists.

Murphy has been remarkably consistent even while taking on a tough event slate of 5 events and 7 total swims in each of LA’s two meets so far. Here’s a look at each individual swim in short course meters:

If the skins ever move away from backstroke, we’ll likely get to see Murphy show off his versatile in freestyle and IM. Murphy was an elite IMer in the NCAA, going 1:40.27 and 1:40.73 in his final two college seasons. Murphy has never swum the 100 IM in short course meters, but could be one of the league’s better swimmers there based on his overall speed. The event comes directly after the 100 back, though, which makes it a tough sell for Murphy as an ISL event.

Maybe more likely is freestyle. In yards, Murphy has had free relay splits as fast as 41.4 in the 100 and 18.4 in the 50. In long course meters, he’s gone 48.8 individually. That would suggest that if Murphy doesn’t have a backstroke skins race to prepare for, we might get to see him on a mixed 4×100 free relay, where he has a shot to split 46.

After a tough (understatement!) couple years, it is good to see Ryan coming back strong. The sport of Swimming in general benefits whenever any one of our cherished athletes does well.