Trieste Wraps Up With Additional Wins By Cseh, Jakabos, Megli 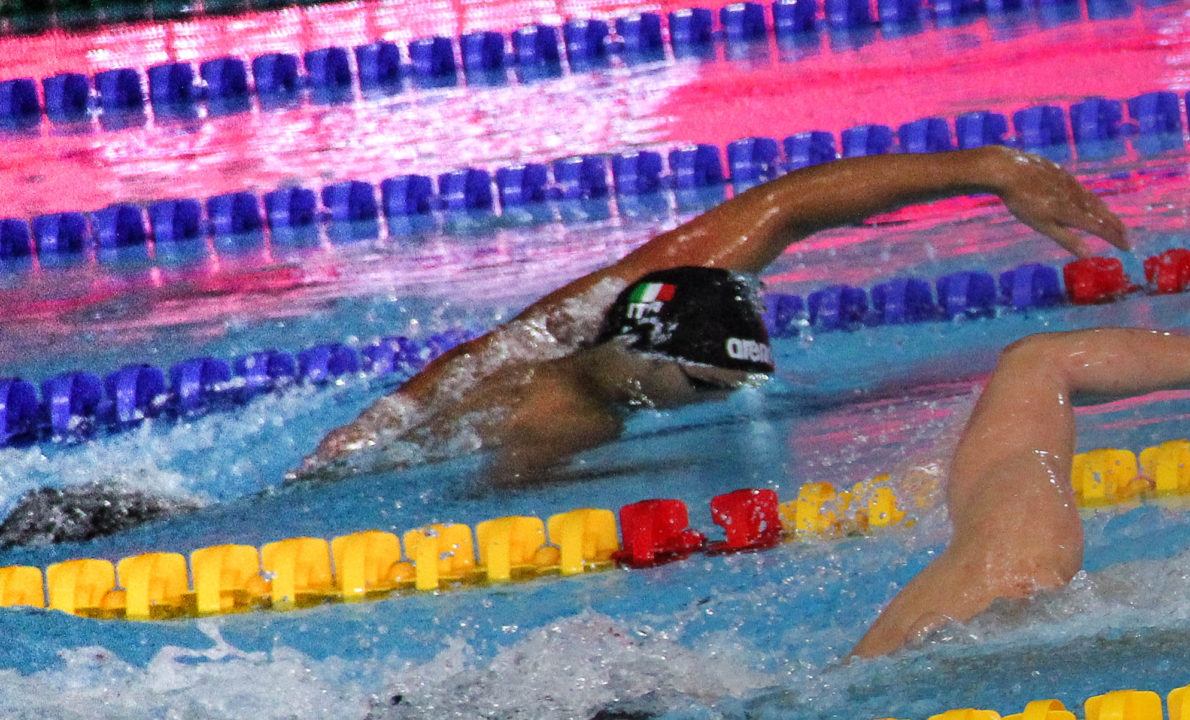 Filippo Megli represented just 1 of 2 swimmers who dipped under the 1:50 threshold in the men's 200m free tonight in Trieste, Italy. Archive photo via Giusy Cisale

Stopping the clock at 2:01.43, Cseh’s time was well-off his season-best of 1:55.91 thrown down at the Hungarian Nationals earlier this Spring, but the time was still quick enough to beat the field here by over 5 seconds.

Jakabos will be representing Hungary in the women’s 200m IM and 400m IM at this summer’s World Championships, while Cseh was named to his nation’s roster in the 50m fly, 100m fly and 200m IM.

The host nation got on the board, courtesy of Filippo Megli in the men’s 200m free. The reigning 2019 Italian National Champion in the event hit the wall in 1:49.31 tonight to out-touch teammate Mattia Zuin. Zuin collected runner-up status in 1:49.81, with both men representing the only sub-1:50 outings of the field.

16-year-old Giulia D’Innocenzo also added to her 2-event gold haul from yesterday with another top prize tonight. The teen clocked 1:03.55 to clear the field by over a second in the women’s 100m back. Marco Deano topped the men’s podium in the same event in 58.25.

Finally in the women’s 400m free, another teen in Giulia Salin threw down a mark of 4:16.53 for gold. Salin took 4th in this event at last year’s European Junior Championships in Helsinki, racing to a personal best there of 4:12.54.