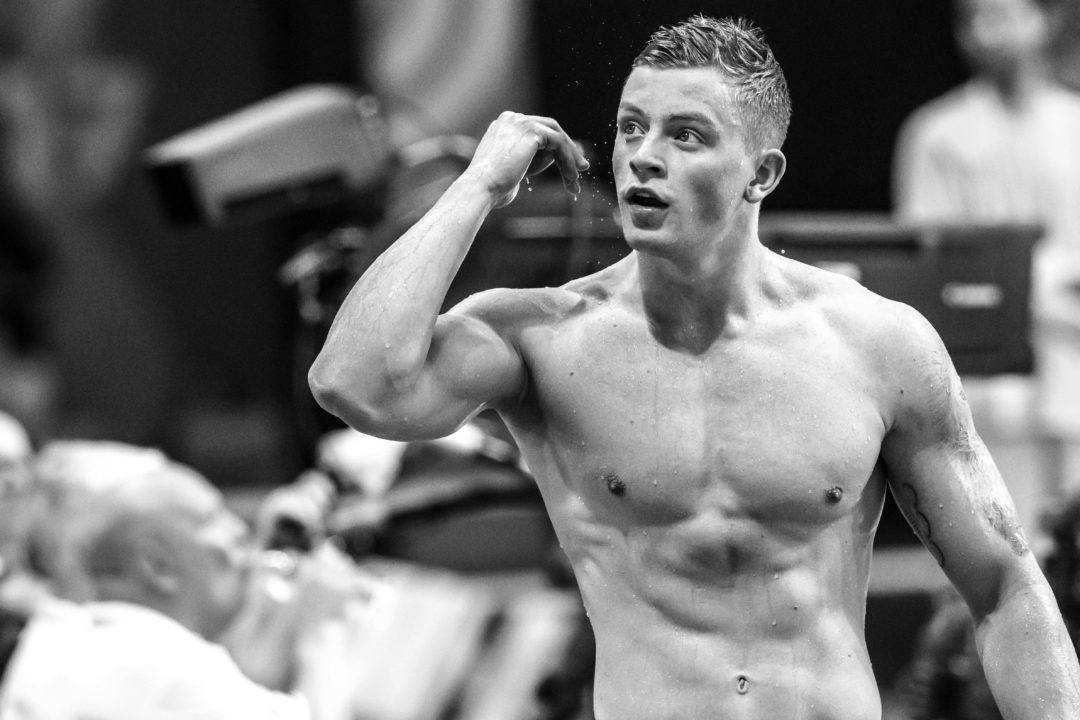 "I love what I do," says breaststroke maestro Adam Peaty of Great Britain. Current photo via Mike Lewis/Ola Vista Photography

Olympic champion and world record holder Adam Peaty once again demonstrated his dominance by claiming the top seed in tonight’s 100m breaststroke semi-final in Budapest. Splitting 26.60/31.15, Peaty cranked out a new championship record time of 57.75 to finish almost a second ahead of 2nd seeded challenger Kevin Cordes of the U.S.

In the video below, Peaty explains that he and National Centre Lead Coach at Loughborough, Mel Marshall, keep ‘trying to push the human body to see what he can do.’

The strategy of expecting the unexpected worked for the now-22-year-old in Rio, as Peaty fired off a new world record of 57.13 en route to Olympic gold. That time may indeed be in jeopardy, based on the smile on Peaty’s face.

“We’ll go fishing tomorrow, see what time we come up with,” says Peaty. “I’m looking forward to getting out there tomorrow and racing. I love what I do.”

"I'm just going to go fishing tomorrow and see what time I can get!" – @adam_peaty

Hear what he had to say….pic.twitter.com/omhYByuw11

the way he sounded on his BBC interview on the deck, it doesn’t seem like he really cares about getting 56 this year. His stroke did not have the same aggressiveness of last year. I don’t think he legitimately rested for this meet.

I’d say you could be right – Everytime he speaks about times he mentions Tokyo a lot. He and Mel seem like the kind of tean who have very long term plans. No stone is left unturned. I’m thinking 57.3/57.4 in the final.

His physicality, his athletics ability, his natural talent is all unquestionable. But, it may well be his mind-set that sets him apart, just an unbreakable belief in the work he and Mel put in and the results it will bring them.

Such an awesome guy