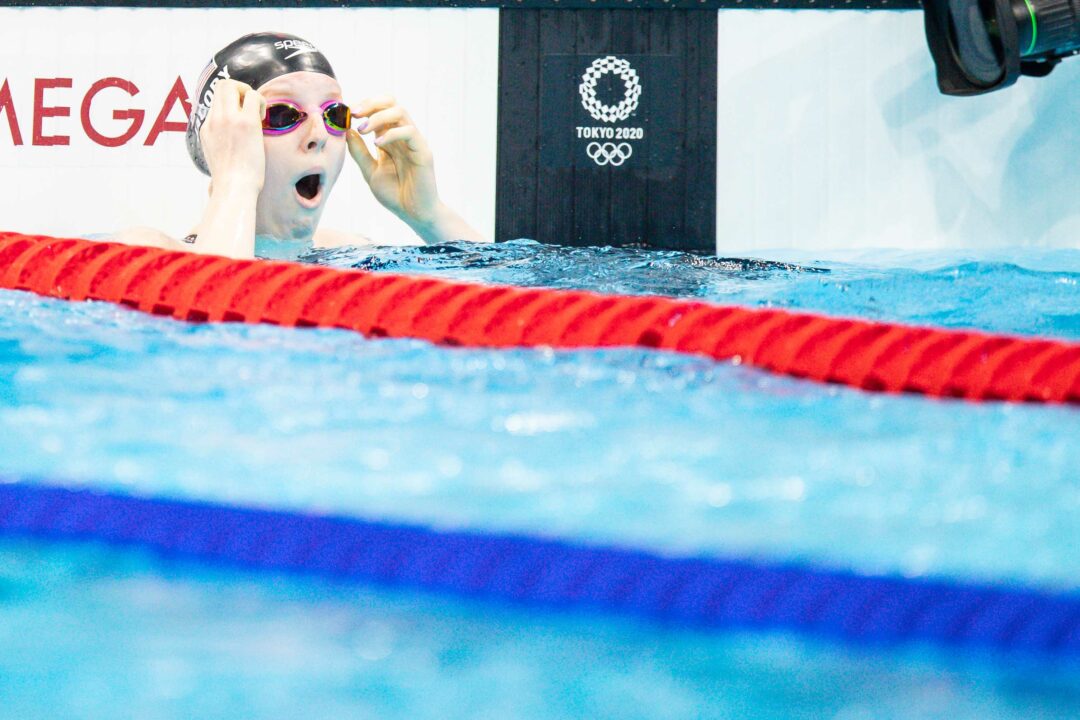 As Lydia Jacoby upset Lilly King in the women's 100 BR final, the USA earned 3 bronzes thanks to the 100 Bk efforts of Ryan Murphy and Regan Smith. Current photo via Jack Spitser/Spitser Photography

It was a rather quiet night for the American squad, except for 17-year-old Lydia Jacoby, who had the swim of her life to nab Olympic gold in the women’s 100 breast final. Jacoby utilized her signature closing speed to not only hold off South African Tatjana Schoenmaker, but to also de-throne Olympic champion and American/World record-holder Lilly King.

The teenager, based in the tightly-knit secluded town of Seward, Alaska, had a massive support system watching her Olympic triumph back home. King, an Evansville, Indiana native who won two golds in Rio 2016, now adds Olympic bronze to her medal collection.

We LOVE the support from back home! ❤️@AlaskaSwimming took a break from their long course championships to cheer on Lydia in the 100m BR! 🙌 pic.twitter.com/qnzIKBYDhE

Way before Jacoby and King’s turn in the pool, American Kieran Smith participated in his second Olympic final following his 400 free bronze finish. Smith placed 6th in the men’s 200 free final at 1:45.12, just off his semifinals lifetime best. Then into the men’s 100 back final, American Ryan Murphy settled for the bronze medal after winning the Olympic title in Rio 2016, another bronze medal for Team USA.

Then in the women’s 100 back final, Canadian Kylie Masse earned Olympic silver after picking up Olympic bronze in Rio 2016. A few tenths later, American 19-year-old Regan Smith picked up her first Olympic medal, bronze, while teammate Rhyan White placed 4th. White will also participate in the women’s 200 back, where Smith holds the world record at 2:03.35.