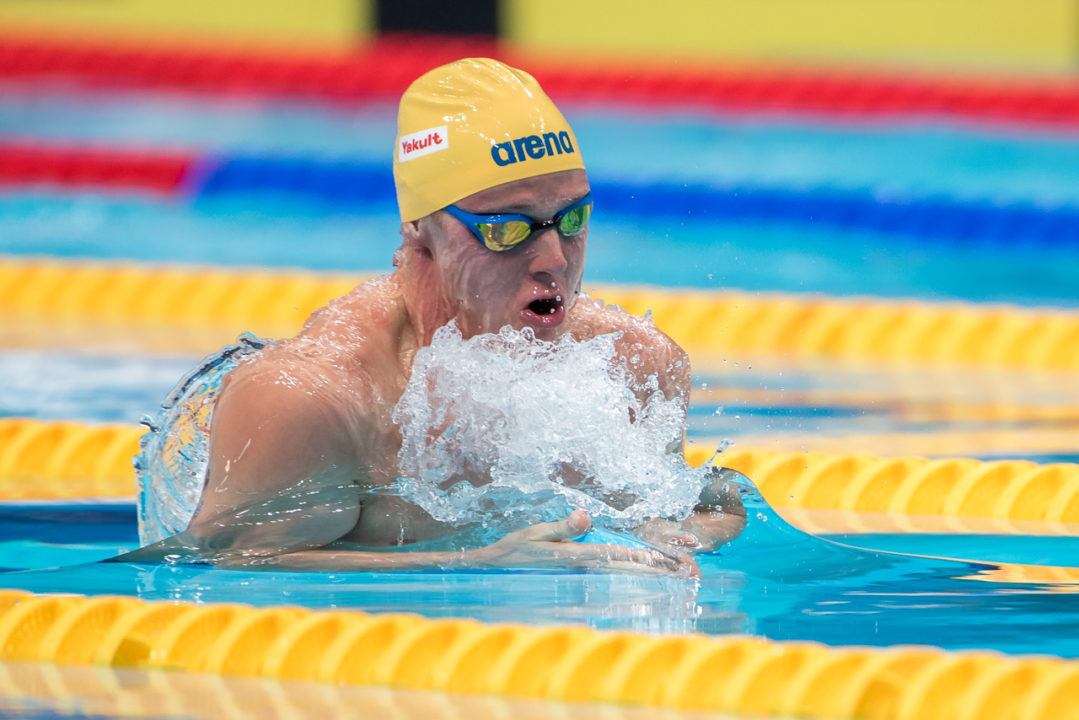 Erik Persson, the Swedish record holder in the 100 and 200 breast, won the 50 and 200 breast tonight, setting a meet record in the latter event. Archive photo via Peter Sukenik/www.petersukenik.com

On the first day of the Grand Prix Malmö in Sweden, three meet records were set.

The third and final meet record of the night came in the women’s 800 free. There, Swede Maria Grandt went 8:53.43 to win and set the record.

Russian Grigory Tarasevich, a Louisville alum, also competed tonight in Malmö. He swam the 100 back, winning easily at 55.46. Tarasevich is entered in the 50 back and 200 back tomorrow, where he is heavily favored to pick up two more wins.