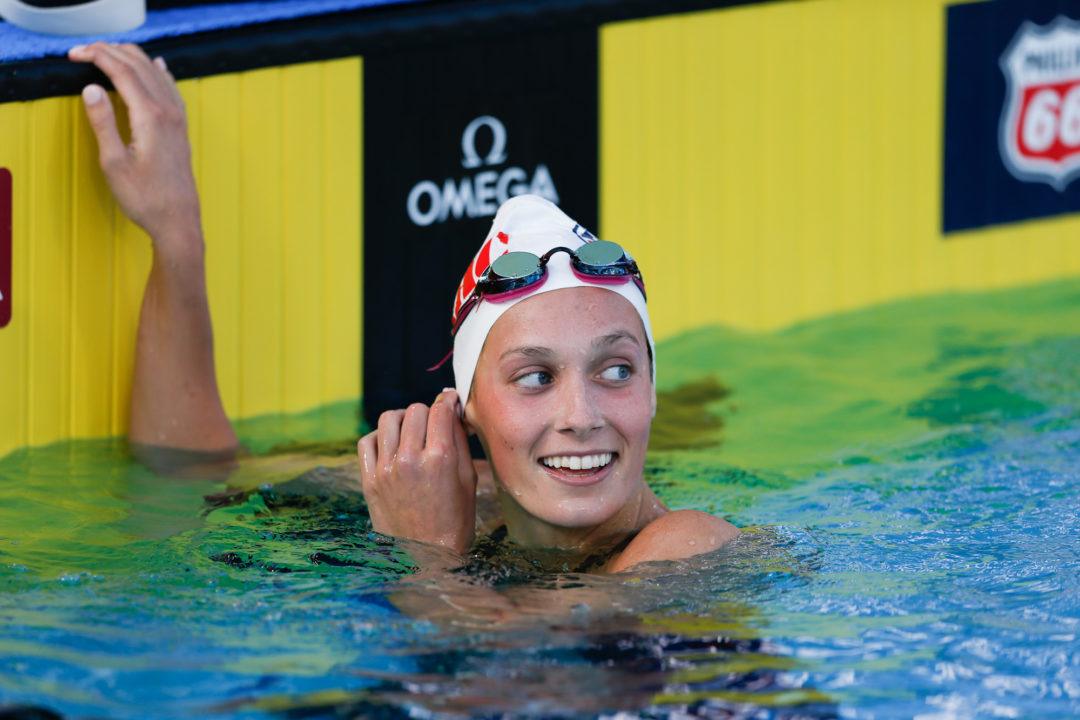 America's Alex Walsh took the women's 2back on night 2 of the Pan American Games, helping give the stars n' stripes a greater advantage in the medal table. Archive photo via Tim Binning/TheSwimPictures.com

The United States made some big moves on night 2 of the 2019 Pan American Games, with the nation adding a massive 11 medals to its tally in just one session.

Brazil did get on the board with a gold on the night, however, courtesy of Fernando Scheffer‘s gold in the men’s 200m free in 1:46.68, the only sub-1:47 swimmer of the field. Behind him was teammate Breno Correia to give the nation a 1-2 finish of its own.

Olympic trials are going to be awesome !!

Some of these pros should go to NAC

Agree about Tom, especially after the 200 earlier. Showed a lot of fight to get the win. He always comes across as really positive and super chill.

What is breakdown men vs women? Brazilian men have showed up!

Brazilian men missed some medals which could have won
Scheffer chose a terrible strategy on 400 and Abruzo swam a smart race.
100 fly Was open, so no complaints
200 back Kinda pissed cause De Deus went 1:57 this year before worlds and did not even come close here
Relay last night If Brasil went Chiereghinni opening, then Fratus, Etiene and Larissa closing might not have been enough to win but would probably be tighter..

The Walsh sisters are coming strong. Gretchen last week and Alex this week. I think they both make it 2020. Really looking forward to Alex’s 2 IM as well

they are rolling it now …….