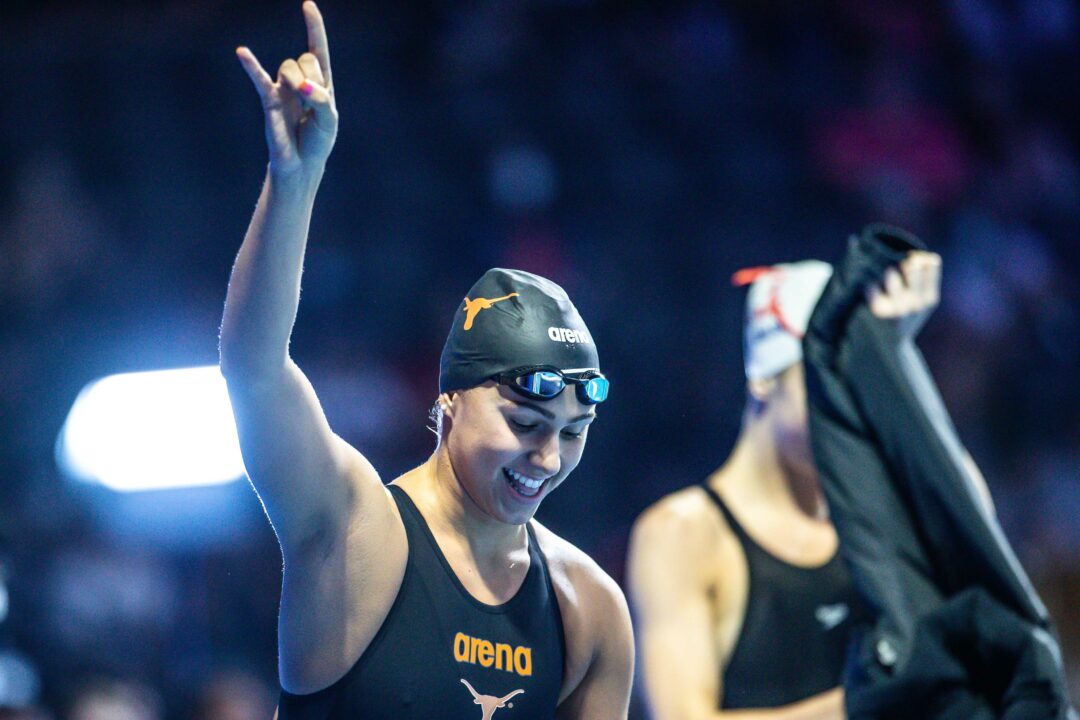 Foster and Pash received Swimmer of the Meet honors after sweeping their respective individual events at the Big 12 Championships. Archive photo via Jack Spitser/Spitser Photography

MORGANTOWN, W.Va – The Texas men and women attained team titles at the 2022 Big 12 Swimming and Diving Championship at the Aquatic Center at Mylan Park in Morgantown. The Longhorn men have won all 26 Big 12 championships since the league began while the women earned their 20th.

Emma Sticklen claimed the women’s 200 butterfly with her time of 1:52.82 while West Virginia’s David Dixon earned a title for the Mountaineers, finishing first with his time of 1:43.64 in the men’s.