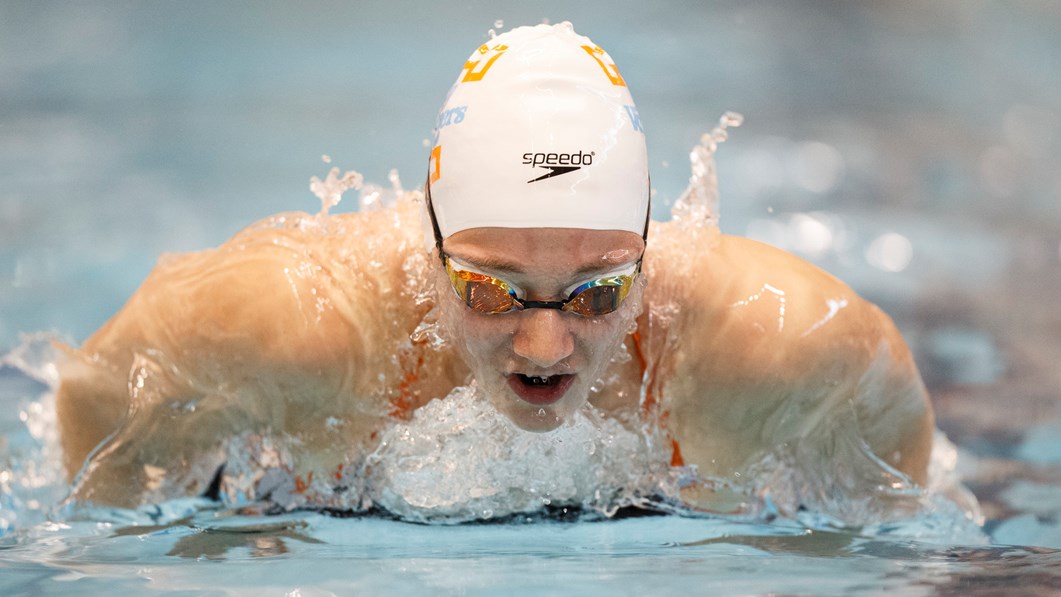 The N4A Wilma Rudolph Student-Athlete Achievement Award honors student-athletes who have overcome great personal, academic, and/or emotional odds to achieve academic success while participating in intercollegiate athletics. They have persevered and made significant personal strides toward success.

A 12-time All-America honoree, four-time First-Team All-SEC selection and national champion, Banic serves as a mental health advocate as a result of her own battles with mental health.

Two years ago, her mental health took a toll on her physical well-being as she turned to alcohol to self-medicate. Those actions manifested into suicidal thoughts and actions. Fortunately, her roommates intervened. Banic decided to drop out of school and go to an inpatient treatment center in Chicago. Her days were filled with group therapy and individual meetings. After two weeks of inpatient care and two weeks of partial hospitalization, Banic returned to Knoxville in hopes of returning to her normal routine.

However, since she was not a full-time student, she could not participate with the swim team, reconnect with her teammates or use the athletics facilities. Undaunted and determined to push forward, she joined a local swim club, trained every day and continued to work towards rejoining the swim team.

Banic was able to reenroll for the spring semester as a full-time student and competed alongside her teammates, exceeding everyone’s expectations as she earned All-SEC accolades. As a testament to her character and will, she was named a team captain for her senior season. Most importantly, Banic is an advocate of mental health, sharing her story to create awareness and understanding in Knoxville and beyond.

“Mental health does not go away, it is simply controlled,” Banic said. “The only difference is I have a new-found motivation. A new way of thinking and interpreting thoughts. I am powerful. I am a leader. I am a lover. I am a light. I can change the world of collegiate athletics. I can show people that just because you hit rock bottom, that doesn’t mean you can’t come rocketing out on top. One day my story will affect thousands of athletes. The conversation has just begun.”

So happy to read that a student-athlete is in recovery. Depression, mental illness, drug abuse and other destructive behaviors are still misunderstood and judged by many as moral turpitude or character weaknesses. This is a wonderful story and telling award to a brave young woman. Maddy sought help at a time when she was in danger of losing everything. As long as she continues staying clean and living in recovery, her life will be better than even she can imagine. It is a positive that SwimSwan reported this as many swimmers and coaches suffer similar horrors quietly and in isolation. To any such individual, take heart and strength to seek help as did Ms Banic. Godspeed Maddy, may you enjoy… Read more »

What a terrific young lady!