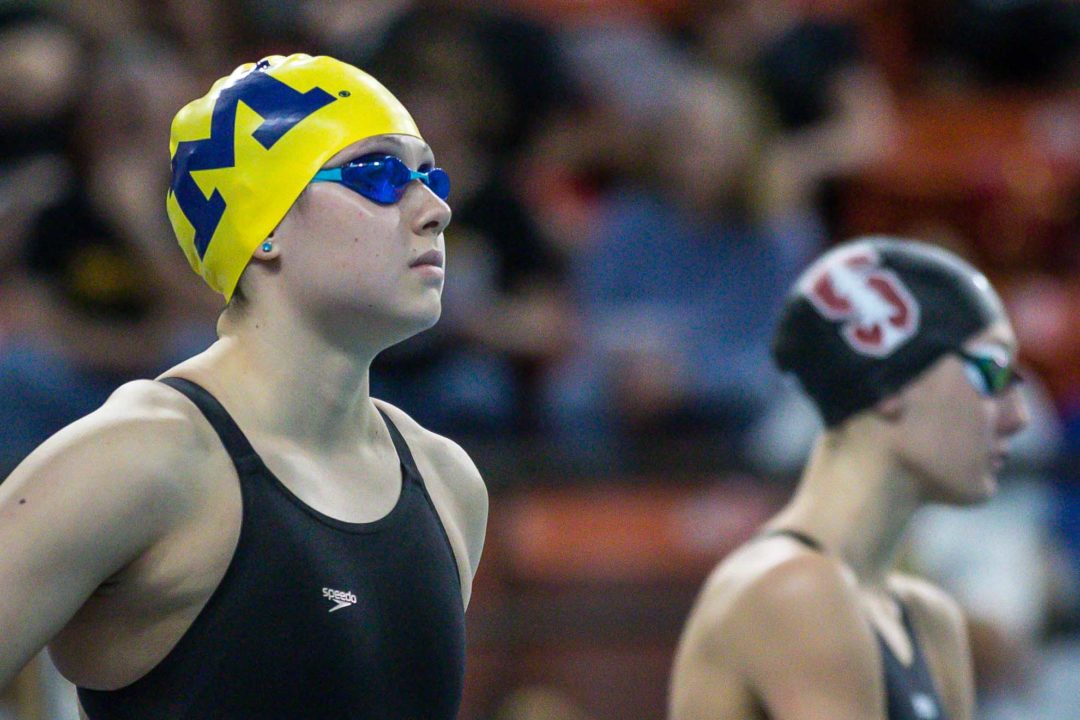 (Above: Haughey) Hong Kong swimmers have now broken at least 10 senior National Records this season, including 2 more at the Mare Nostrum Series on Saturday. Archive photo via Jack Spitser/Spitser Photography

Stephanie Au and Siobhan Haughey became the latest swimmers to break Hong Kong National Records, continuing a run over the last 3 months by their swimmers.

Au swam a 27.98 in the 50 backstroke (LCM) on Saturday in Monaco on day 1 of the 2019 Mare Nostrum series. That swim took .35 seconds off her own National Record which was sent jointly in April as well as back in the summer of 2013 at the World Championships. The 27-year old is a former Cal Golden Bear and a 3-time Olympian.

In total, including relays, she now holds a whopping 21 Hong Kong Records: 11 in long course and 10 in short course. 14 of those records are ‘senior’ records.

Haughey, meanwhile, swam a 25.21 in the 50 free, which shaved a few tenths off her old record of 25.38 that was set at the 2013 World Junior Championships. Haughey just finished her collegiate eligibility at the University of Michigan in the United States. She holds 11 senior National Records of her own.

Hong Kong swimming has been racing under a pal this year after the death of one of their most popular swimmers, Kenneth To, died in the United States in March at just 26 years old. The sadness over the death hasn’t kept them from swimming fast though: these are at least the 9th and 10th National Records broken by Hong Kong swimmers this year.