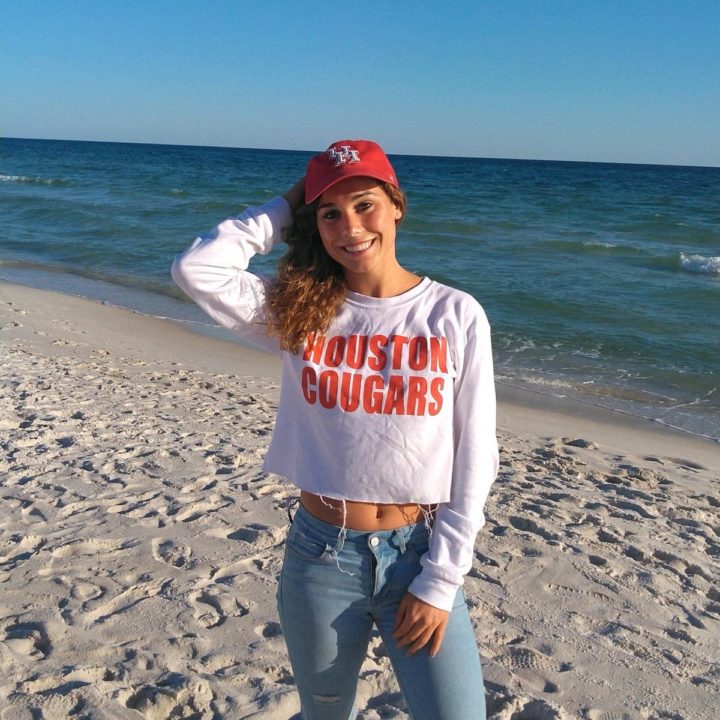 Tallahassee, Florida, native Saige Kemeny has verbally committed to swim for the University of Houston beginning in the fall 2020. Current photo via Area Tallahassee Aquatic Club

Tallahassee, Florida, native Saige Kemeny has verbally committed to swim for the University of Houston beginning in the fall 2020.

In March 2019, Kemeny swam a personal best 2:14.98 in the 200 breast at the Florida Swimming Spring Senior Championships, qualifying for the 2019 Summer Juniors (LCM) meet.

Kemeny, the 2017 All-Big Bend Co-Swimmer of the Year, swims for the Area Tallahassee Aquatic Club (ATAC).

Houston was strong in the 200 IM at the American Athletic Conference meet in 2019 with Laura Laderoute winning the title in 1:59.20 and Peyton Kondis finishing third with 1:59.50. Kemeny’s top time in the event would have finished 15th at the league meet.

In the 100 breast, Kemeny’s best time would have earned her 10th place at the AAC meet behind three Houston athletes, including runnerup Kondis (59.84), third place Jimenez Peon (1:00.83) and fourth place Angeliki Mavrantza (1:01.03).

Kondis, Jimenez Peon and Mavrantza were all juniors in 2019 and will graduate before Kemeny arrives on campus.