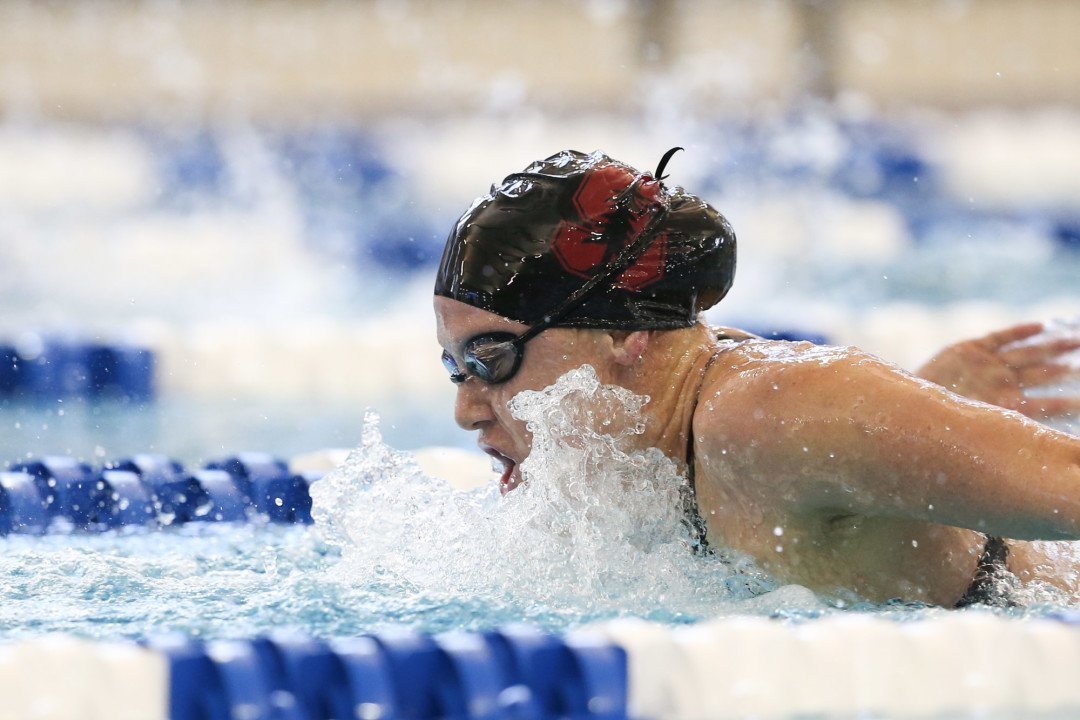 Ella Eastin and Stanford were second to the Georgia Bulldogs at this year's Women's NCAA championships, but the Cardinal are returning more points next year. How do the rest of numbers stack up? Current photo via Tim Binning/TheSwimPictures.com

We’re less than three weeks removed from 2016 Women’s NCAA Championships, but–even with Omaha and Rio around the corner–college swimming fans know it’s never too early to start looking ahead to March.  To satiate your appetite, we’ve ran some very early numbers for an early glimpse at the 2017 Women’s NCAA season.

Below is a chart with the top 15 women’s teams from this season’s NCAAs, along with how many of their points will be vacated by departing swimmers, and how many relay swims each respective team is returning.

Overall, the top six teams in the standing are remarkably stable heading into next season.  Georgia (116 points) and Cal (78) are losing hefty totals to graduation, but the two squads were also tops in the “points lost” list last season, as well, with 107.5 and 120 points, respectively.  Stanford and Virginia each lost a key piece–Sarah Haase for the Cardinal and Courtney Bartholomew for the Cavaliers–but both squads are well-positioned moving forward (particularly Stanford).  USC and Texas A&M, the fourth and sixth place teams this season, lose almost nobody of relevance from a points perspective.

Moving a bit down the list, however, and the picture is a little shakier for some teams, with seven of the next eight teams needing to replace at least five of their NCAA relay swimmers, and three teams (Indiana, Louisville, Michigan) graduating 20%+ of their total points.

There’s plenty to take away from the raw numbers, but here’s what stuck out to us most:

1. Stanford is loaded next year

The Cardinal fell short last month, but are graduating just 45 points and three relay swims (primarily from All-American breaststroker Sarah Haase), and adding arguably the two most valuable swimmers in the NCAA in Simone Manuel and Katie Ledecky.  Throw in versatile freshmen Katie Drabot and Allie Szekely, and Stanford is undoubtedly the early favorite.  A wrench could be thrown in the Cardinal’s plans, however, should Manuel or Ledecky choose to go pro (unlikely, but it’s worth calling out), or none of their breaststrokers develop

Zero.  That’s how many individual points the Aggies are graduating this year.  Steve Bultman and his staff proved yet again that they are one of the nation’s best programs at developing athletes, and with another year of continuity (including 19 of 20 relay swims returning), things are looking good out of College Station.

We covered Stanford above, and Cal isn’t going anywhere anytime soon (especially with incoming redshirt Abbey Weitzeil, and the potential return of Katie McLaughlin), but we can’t overlook USC and Arizona, who both look like they’re going to have bright futures.  The Trojans should contend for a top three finish next season; they graduate just 7 individual points, and are bringing in two of the nation’s top five recruits in Stanzi Moseley and Becca Mann.  Arizona finished twelfth this season with an incredibly young team, graduates just two individual points, and is bringing in a solid class, as well.

4. Louisville and Georgia hit the hardest by graduation

Both the Cardinals and the Bulldogs have to say goodbye to more than 25% of their points.  Despite losing less than half of what Georgia graduates, Louisville will likely have a harder time recovering, as 55 individual points came from Kelsi Worrell, who, in addition to becoming the fastest short course yards butterflyer in history, was also the relay key for the Cardinals.  Georgia will definitely feel some pain without Hali Flickinger or Brittany MacLean, but they do get All-American sprinter Chantel van Landeghem back from her redshirt year.

5. Wisconsin is our non-top 15 team to watch

The Badgers finished just 21st this season, but return at least three of four relay swimmers on each relay (including their #1 sprinter Chase Kinney), and are bringing in the nation’s top sprint recruit (Beata Nelson) and distance star Cierra Runge.

Kentucky finished right behind Wisconsin and they also do not graduate any points or qualifiers, including NCAA champion Danielle Gaylor. Additionally, they are bringing in 3 top 25 recruits. I would put them on the watch list as well.

She is actually a junior!

Cierra Runge would out score the wildcats by herself. If Kentucky had any relay scoring potential then MAYBE they could be considered a top 15 contender. But so far Danielle is the only woman to show up at NCAA’s.
Also, recruits are really nice and all, but until they show up on the big stage, a “top 25” recruit is nothing compared to the likes of Cierra Runge.

In 2015, they were 16th, so they have shown the potential to push top15. Lars and his staff have proven they can develop recruits, and these three women will add relay and individual scoring potential. Asia and Ali are already NCAA qualifiers and Madison’s breaststroke will improve their medley relays. This whole discussion is about who has the potential of showing up on the big stage, NEXT YEAR. My point, keep the Wildcats on the watch list with Wisconsin and other rising programs.

Madison’s best time in the 100 breaststroke as I recall is 1:00.5 and UK’s went faster than that at NCAA’s. Yes the discussion is about showing up on the big stage, which as I was stating, UK does not have a reputation of showing up, other than Galyer of course.

Tina Bechtel was 2nd in the 200 fly in 2015. Bridgette also has scored individually. Most of the other swimmers did not come in at scoring potential this year, so yes, they need to improve from just qualifying to scoring. Again, the program pushed top15 last year, and they have improved over the past few years which is exciting for next year. Good luck to your Badgers. Whitney has proven that he is a very capable coach at Washington and Wisconsin, and they will keep moving up.

I think with Ella Eastin there, Katie won’t be swimming much IM at the National level. I hope to see her swim some at dual meets and maybe a mid-season invite because she has a lot of potential in those events.

Yeah, especially with Szekely at a 1:57 and 4:06 in the IM’s they would be smart to use her their. Anywhere really, but that’s where she shines the most.

I don’t see Ledecky beat Eastin in IM either, but she has a decent PB which faster than the winning time last year.
The reason I bring this up, although I’m not sure who will read this anymore.
Ledecky seems to plans to swim amateur for complete four years for Stanford.
I remember Missy said she doesn’t want to attend the Olympics twice as amateur.
If Ledecky swim amateur for four years, she will be very likely go into Olympics as amateur for three times!
Although this is not my biggest concern.
If she swim for Standford four years, is that mean she need to do 2005001650 for four years?
I could imaging that will be really boring…