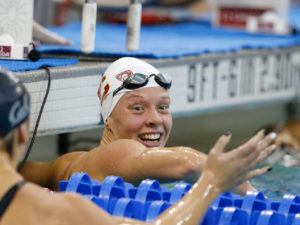 In a tight race where the top three teams all finished under the NCAA and American records, Stanford emerged victorious, winning the 200 medley relay in 1:33.11 over Cal and Indiana. 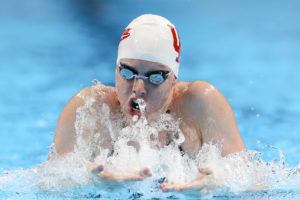 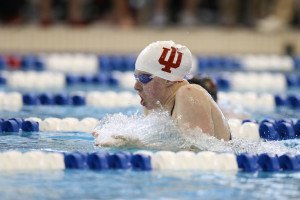 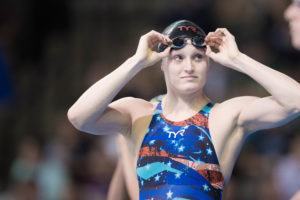 Led in part by a 49.3 butterfly split from Kelsi Worrell, the U.S. National Team took six-tenths of a second off the old U.S. Open Record and American Record.

Sarah Haase
Sarah Haase is an NCAA Champion and former member of the U.S. National Junior Team. The 6’0″ Haase is currently swam for Stanford University, majoring in Human Biology. Originally from Rockville, Md. Haase swam for Rockville-Montgomery Swim Club and graduated from Our Lady of Good Counsel. Born May 31, 1994 to parents, Eileen and Bruce, Haase was a four-time Academic All-American and member of the National Honor Society. Haase was the no. one breaststroke pick-up in the 2012 recruiting class and one of the top overall.

Stanford has a knack for capturing commitments from top breaststrokers – in 2011 it was Katie Olsen, in 2012 it was Sarah Haase and in 2013 it was Heidi Poppe. At the 2015 NCAA Championships she just out touched Kaylin Burchell from Alabama to win the title in the 100 breaststroke, but she has never made it back to an NCAA final in the 200 breaststroke.

2013-2014
Haase finished in the top 24 in all three of her individual races at the 2014 Pac-12 meet. She, once again, qualified for the NCAA Championships this time finishing 10th in her prime event.

2014-2015
Haase was competing in her junior season as a Stanford Cardinal. At the NCAA Championships not only did she have her birth in the ‘A’ final, but she won a national title in the 100-yard breaststroke. She also was on the unfortunate 200 medley relay that won the ‘B’ final after Stanford underestimated how difficult it would to make the ‘A’ final – the team would’ve won the ‘A’ final, losing out on 22 points.

International Competition
Haase qualified for the 2012 U.S. Olympic Trials, and she advanced to a semi-final finishing 13th in the 100m breaststroke. She was also a two-time member of the U.S. National Junior Team. She competed at the 2011 World Junior Championships as well as the 2012 Junior Pan Pacific Championships. She silver-medaled in the 50m breaststroke at the Junior World Championships.